I think we can all agree that my previous attempts to cover awards ceremonies have been little short of masterclasses in research and presentation (ohai, TV BAFTAs and Saturns). What's this? The Emmy nominations, you say? Piece of piss.


Ah, the Emmys. Founded, of course, by Emmylou Harris, sponsored by M&Ms, and with previous winners including Eminem, M. Night Shyamalan, M People, Emperor Hirohito and M. Bison off Streetfighter II, they represent a proud and rich tradition.

They're also TV's equivalent of the Oscars, so I should probably take them more seriously, right? OK, sorry. Here are the nominations for the 2011 awards, just announced this afternoon and copy/pasted from the Daily Mail website. Any typos are their own, most likely incurred in fury when an asylum seeker walked past the window.
Outstanding Lead Actor in a Comedy Series
Jim Parsons, The Big Bang Theory
Johnny Galecki, The Big Bang Theory
Matt LeBlanc, Episodes
Louis C.K., Louie
Steve Carell, The Office
Alec Baldwin, 30 Rock 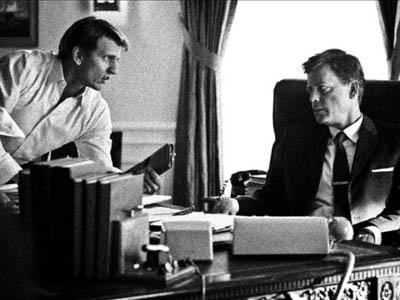 "Mr President, we've both been nominated for Emmys."
"I see. What opportunities will there be at the ceremony for me to cheat on my wife?" 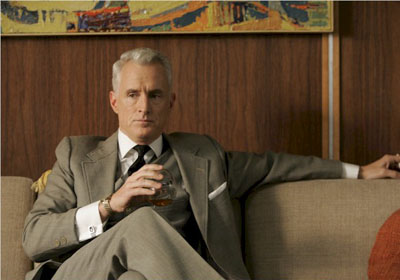 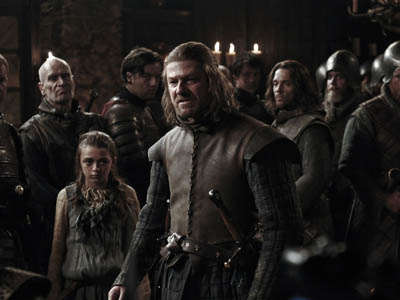 "Sire! We have been nominated for Biggest Dragon-Related Audience Pricktease at ye Emmys."
"Very well. Summon the horses."

Bit surprised not to see House nominated for drama series, or indeed for Best Thing in Sphere of Human History, but in fairness season seven wasn't its greatest, and they're probably saving up for an awards splurge after the final season next year.

Breaking Bad doesn't feature, apparently because it took a break between seasons so didn't qualify, and thus Bryan Cranston can't take away a richly deserved 28th consecutive Emmy this time round. Looks like Jon Hamm will finally get his shot then, and you couldn't really begrudge him it given how long he's been waiting.

In the comedy categories I'm not really qualified to comment, having seen very little of any of them, but Kirsty informs me that Parks and Recreation is ROFL-y versatile, so we're very much in its corner. She is also fuming about Community not being recognised. Fuming.

On a personal note, I'd love to see either Barry Pepper or Idris Elba pick up Outstanding Lead Actor in a Miniseries or Movie. Pepper for being by far and away the best thing about The Kennedys (alongside Katie Holmes, oddly not nominated here), and Elba for just generally being the mack-daddy in a standout performance.

And finally: Outstanding Host for a Reality Program is an award, it seems. Coming next year: Tallest Midget.

More:  Emmys  Awards  Boardwalk Empire  Mad Men  House  Dexter  30 Rock  The Office  Glee  Game Of Thrones  The Kennedys  Luther
Follow us on Twitter @The_Shiznit for more fun features, film reviews and occasional commentary on what the best type of crisps are.
We are using Patreon to cover our hosting fees. So please consider chucking a few digital pennies our way by clicking on this link. Thanks!