It's blurry. It's unofficial. It's untitled. It's not even in production yet. Seriously though, just trust me on this one.


Q. Are there any five sweeter words in the English language than these? 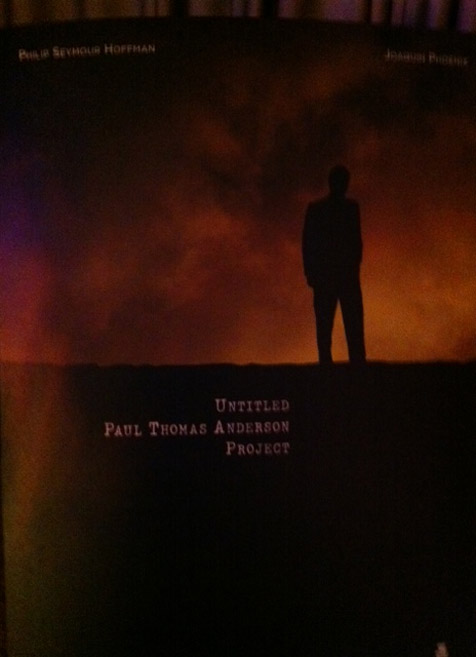 It's by Paul Thomas Anderson, director of There Will Be Blood, Magnolia, Boogie Nights and Punch-Drunk Love. If that wasn't enough, PTA also scores points for not being Paul WS Anderson and for never having adapted a videogame into a film.

It stars Philip Seymour Hoffman, an actor so massively charismatic and versatile, he can flit between Oscar-winning biopics, Tom Cruise action movies and Jennifer Aniston rom-coms without losing a shred of dignity. Also, he played this guy.

It's a drama set in '50s America, about a charismatic fellow named Lancaster Dodd who concocts a faith-based organisation i.e. a bullshit pseudo-religion. In other words, it's a Scientology parable that's going to piss off every second suit in Hollywood. Awesome.

It's got Joaquin Phoenix in it. He plays Freddie Sutton, who falls into Dodd's circle of influence. You may not remember, due to his recent beard-based adventures, but Phoenix is a top actor and no one gets the best out of talent like ol' Parent-Teacher Association.

It'll probably be called The Master, and that's a totally boss name for a film. Just ask these guys. 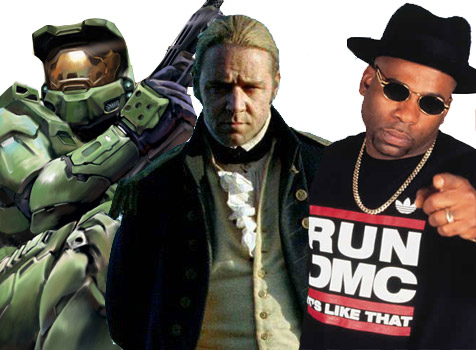 "We agree, we Masters three."
More:  The Master  Paul Thomas Anderson  Philip Seymour Hoffman  Joaquin Phoenix
Follow us on Twitter @The_Shiznit for more fun features, film reviews and occasional commentary on what the best type of crisps are.
We are using Patreon to cover our hosting fees. So please consider chucking a few digital pennies our way by clicking on this link. Thanks!