Insert your own gag about pastries nnnnnnnnow.


So yesterday morning I flounced along to the Odeon Leicester Square to rub shoulders with some real journalists for the 55th BFI London Film Festival press launch. Once they politely asked me to stop rubbing their shoulders, I got on with the business of eating the free food and getting excited about films. But mostly eating.

Seems to me, the high profile films of the 204 in selection can be placed into the following categories... 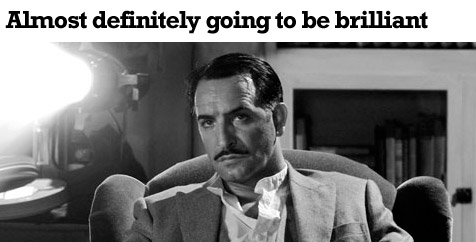 Alexander 'Sideways' Payne attempts to stop being known as the guy that made Sideways with this tragi-comedy about a father dealing with his teenage daughters while his wife is in hospital. Tragi-Clooney = Oscar.

Featuring Michael Fassbender as Carl Jung and Viggo Mortensen as Sigmund Freud, this is basically going to be The Avengers for boffos, plus it has Keira Knightley doing a distracting accent and getting butt-hurt.

Not sure what it's about, but it's from Steve McQueen (the director, not the actor/race driver/ghost) and starts that man Fassbender again. Side note: today I realised Fassbender is an anagram for 'Bass Fender'. Cool. 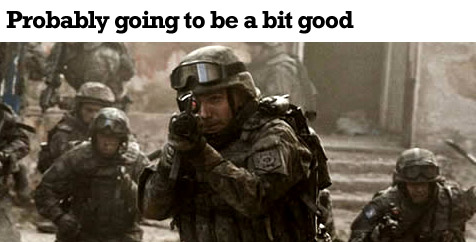 Ralph Fiennes does Shakespeare via Call Of Duty, then hires Gerard Butler because it was in danger of sounding too awesome. Fans of florid language and headshots (i.e. serial killers) will be in Heaven.

One of those globe-spanning dramas packed full of various different characters all sharing, like, the same emotions, man. It's from Fernando 'City Of God' Meirelles and stars Anthony Hopkins (hence 'a bit good').

The Ides Of March

George Clooney is gunning for the White House and Ryan Gosling is the sleazeball campaign manager willing to get his claws out. Predicted number of hammer attacks/80s synth classics in movie: zero.

Michael Shannon looks really, really intense during a storm. That's about it. 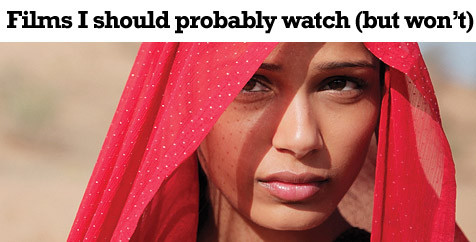 Michael Winterbottom (convention-defying renegade) and Freida Pinto (simultaneously the most exotic and boring woman in existence) do Tess Of The D'Urbervilles, but in India. Think it coincides with the Celeb BB final.

Australian crime thriller that looks far too much like Animal Kingdom for my liking. Critics are spazzing over it, but I'm really too xenophobic to like more than one film from another country per year.

Extraordinarily worthy looking drama about Tilda Swinton coping with the horrors of having her son commit a terrible crime. John C Reilly's in it, so I instantly assumed there would be comedic improv: I was wrong.

Hilarious-looking follow-up to the actually-quite-troubling Greek Fritzl-ripoff Dogtooth, which I never saw. Potentially fantastic, but I'm not Superman - I'll be knackered by the time it screens. Call me when it's on LOVEFiLM. 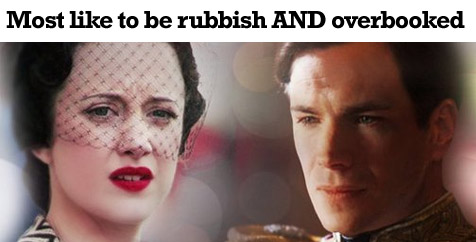 Just the title card was enough to have the assembled press scoffing, and even though Madonna's second feature film can't possibly be as bad as everyone says (i.e. really), you can bet everyone will want to find out. 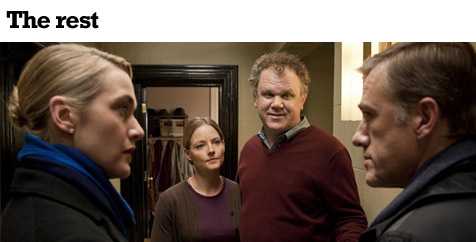 Scandinavian fiction writer Jo Nesbo (a man, apparently) gets his first film adaptation, which features at least one shower scene and one naked gun-fight. Sounds like Cindy Crawford's Fair Game, but SEXIER.

Beauty queen is taken hostage and must readjust her life following the horrors she's witnessed. Sounds like Miss Congeniality meets [someone else finish this joke, please].

Nick Broomfield - he of the exposé documentary - casts his trolling eye on political dunce Sarah Palin: talk about shooting fish in a barrel. Still, fuck that stupid witch. I hope Broomfield actually kills her.
There's loads of other stuff on show too, but who do you think I am, a real journalist? I finished my pastry about 24 hours ago. Still, I did manage to pick up some awesome freebies. 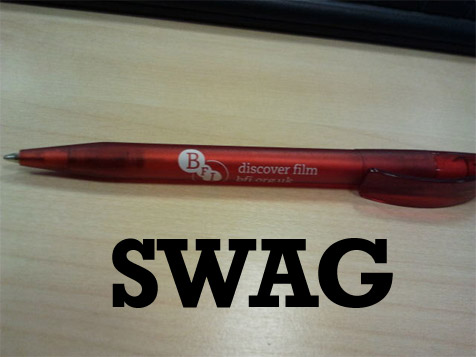 More:  London Film Festival  Top10  LFF
Follow us on Twitter @The_Shiznit for more fun features, film reviews and occasional commentary on what the best type of crisps are.
We are using Patreon to cover our hosting fees. So please consider chucking a few digital pennies our way by clicking on this link. Thanks!