Not content with revisiting the Alien universe in prequel Prometheus, Ridley Scott is returning for another Blade Runner movie. Come on people, think Replican not Replicant!


Admission time. I never really got Blade Runner. I only got around to watching it in 2007 after it was released on DVD for the 43rd time, and was perhaps expecting more than what I got: a perfectly competent, great looking, occasionally exciting sci-fi that was a good few decades ahead of its time. 25 years of hype doesn't often do a film any favours.

I get that it's a big deal to science-fiction fans of the time, but the news that Ridley Scott is to produce and direct another Blade Runner movie - maybe a prequel, maybe a sequel - doesn't exactly have me slamming my bedroom door in rage. I'd much rather Scott did another Runner than anyone else, and I challenge any fan of the original to argue that its set-up didn't invite further exploration. It's one of the more aesthetically dense and fully-rounded movie universes I've seen, I'll give it that. 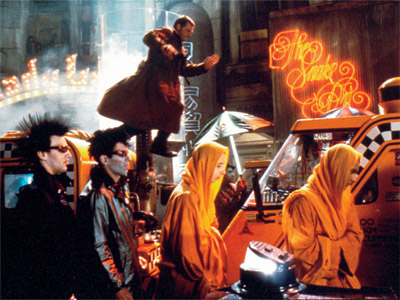 
No word yet on whether Harrison Ford will make himself available (stuff enough trillion-dollar bills in his G-String and he'll turn up) but I'd like to see Scott take the 'cousin' approach he's taking with Prometheus - set a related movie in the same physical space, but with new characters, storylines etc. Deckard's story is left dangling perfectly - there's no need to bring him back. Besides, we don't need to know the ins and outs of sex with a robot. That shit sounds painful.

How about finding another character whose story is just as interesting as Deckard's? Someone like, oh, I don't know... this guy? 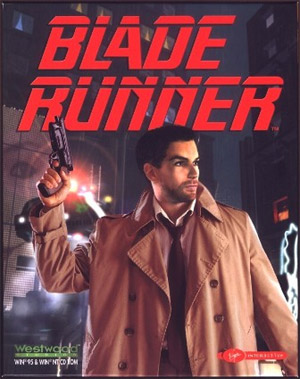 Now this I AM old enough to remember.


This sort of delayed serialisation gets a bad rap from most movie fans, like there's no possible reason another Blade Runner movie should ever be made. To that, I say poppycock and piffle - there's oodles of potential here. If it was a remake, I'd be less enthusiastic (no point trying to capture lightning in a bottle twice), but as it is, another Blade Runner movie sounds pretty exciting from where I'm sitting.

See you on the shoulder of Orion! It's just off the M11.

More:  Blade Runner  Ridley Scott  Harrison Ford
Follow us on Twitter @The_Shiznit for more fun features, film reviews and occasional commentary on what the best type of crisps are.
We are using Patreon to cover our hosting fees. So please consider chucking a few digital pennies our way by clicking on this link. Thanks!