Steven Seagal: Lawman summed up in one promotional still

Maybe you figured you'd catch Steven Seagal: Lawman on cable tonight. Don't bother: this new promotional still tells you everything you need to know and it doesn't waste half an hour of your life. Just mine.

Despite its inevitable terribleness, Steven Seagal: Lawman is currently up there with the live execution of Piers Morgan as TV programmes I'd kill to see. The premise, as I'm sure I've mentioned around 80 times this week, sees Seacow himself making claims he's been a cop for 20 years, then showing us by sitting in the back of a police car, yelling "Get 'im!" and "Taser, taser!"

You can catch an exclusive clip over on VirginMedia.com now (apologies for the ad) but the still below really has everything covered. 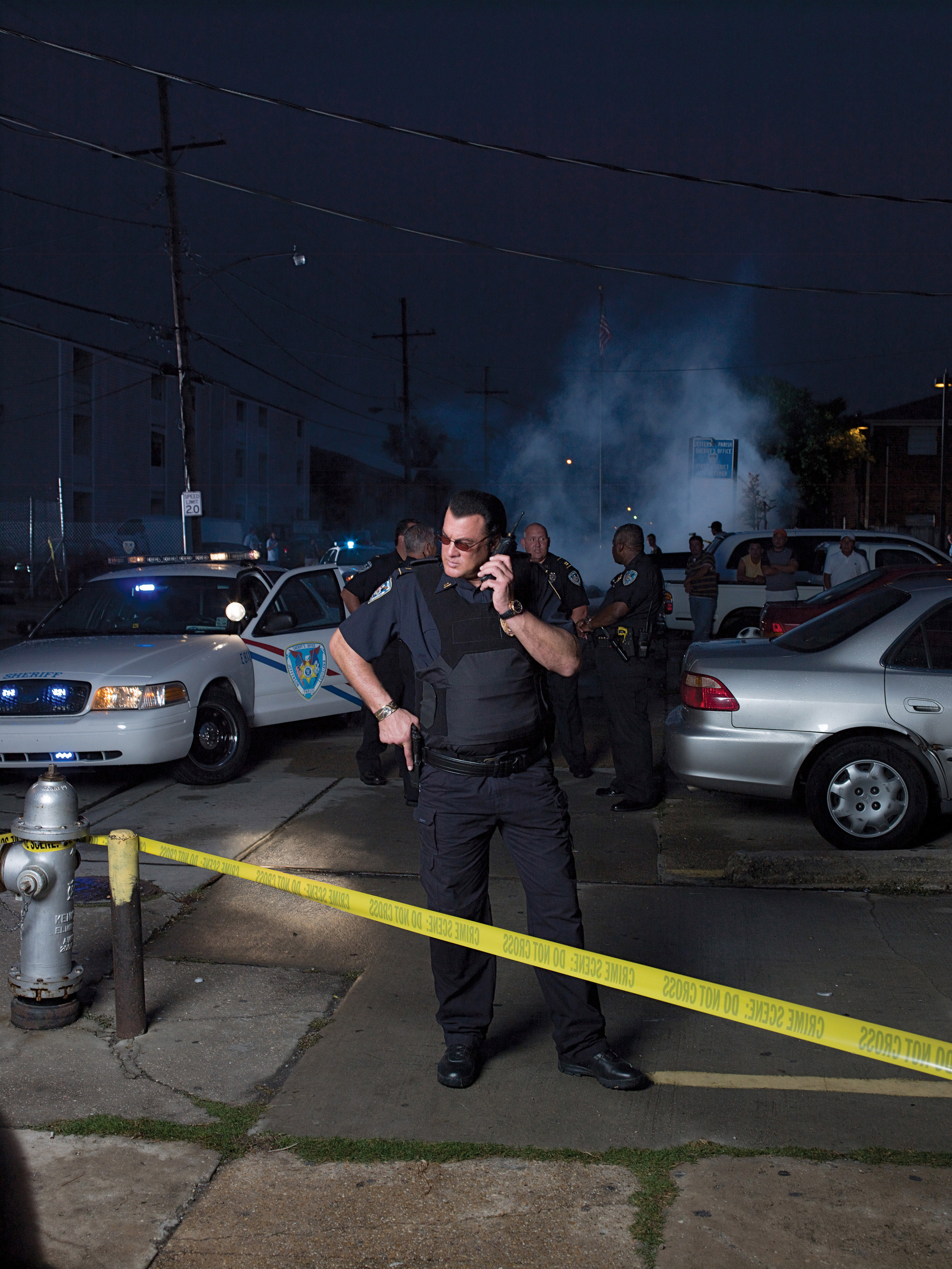 - The pose. Walkie talkie in receiver position and hand on gun. Is Steven Seagal Out For Justice, or Out For A Kill? The only thing we can be sure on is that the time is Half Past Dead. And that Seagal has the Belly Of The Beast.

- The other cops. None of them seem interested in Steven Seagal. If this promo shot was halfway realistic, I'm sure they'd all be making the 'wank' gesture behind his back. Note also: none of them are listening to their walkie talkies. This is because Seagal is being relayed false information from police HQ. "There's been a raid at Big Boy's Donuts, we need back-up!"

- The convenient smoke in the background. It's a well-known fact that, wherever there is crime on TV in America, there will be dry ice to dramatise it.

- The stereotypical lazy Mexicans on the right. Why is there a group of cholos lounging around a crime scene? More importantly, why aren't the police arresting them? And why isn't Steven Seagal attempting to extract information from them by snapping their limbs? That's slack police work, Officer Fatso.

- The police tape. If we're to assume the gathering of Trejos and the consortium of police officers consists of the crime scene, then the tape is facing the wrong way. If it isn't, then the crime photographer is taking photos in the wrong direction. Ah, to Hell with the murders - it's Steven Seagal!

More:  Steven Seagal
Follow us on Twitter @The_Shiznit for more fun features, film reviews and occasional commentary on what the best type of crisps are.
We are using Patreon to cover our hosting fees. So please consider chucking a few digital pennies our way by clicking on this link. Thanks!