Larry David's frenemy is causing trouble again, this time angering the population of the Arctic ocean. Rumors that Kirstie Alley will be playing one of the whales have not been substantiated.

Venerable TV actor and noted environmentalist Ted Danson has been cast as an evil oil baron (are there any other kind?) in the upcoming Everybody Loves Whales. He joins John Krasinski, Drew Barrymore, Vinessa Shaw, Kristen Bell, and Tim Blake Nelson in the film, which will be directed by Ken Kwapis, another TV vet with a handful of film credits to his name (The Larry Sanders Show, Freaks And Geeks).

The film is based on the non-fiction book, Freeing The Whales: How The Media Created The World's Greatest Non-Event, by Tom Rose. It chronicles the media frenzy that erupted when three gray whales got trapped under the ice of the Arctic Circle during the tail end of the Cold War. A small town reporter (Krasinski) and a Greenpeace activist (Barrymore) lead the charge to save the whales, and probably fall in love in the process or something.

If the film does make it to cinemas (and with all that high profile TV talent, why wouldn't it?), look for it sometime in 2012. 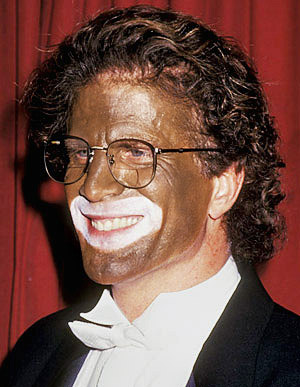 I swear, this is the first result you get when searching for 'Ted Danson' in Google Images.
More:  Ted Danson  Everybody Loves Whales  Drew Barrymore  John Krasinski  Vinessa Shaw
Follow us on Twitter @The_Shiznit for more fun features, film reviews and occasional commentary on what the best type of crisps are.
We are using Patreon to cover our hosting fees. So please consider chucking a few digital pennies our way by clicking on this link. Thanks!