The Blues Brothers need somebody to love...them

While we're still waiting to see if Ghostbusters 3 will ever materialise, Mad Dan Aykroyd is wasting no time in continuing his mission to rehash all the hits from when he was a successful comedy actor - this time with a Blues Brothers TV show. Next up: Coneheads - The Broadway Musical.


Originally a SNL skit dating back to 1978 and then becoming a hugely successful film in 1980, it seems that now is the perfect time to reinvent these wacky soul-singing convicts. Why? Because MONEY.

According to Variety, Aykroyd is collaborating with overdose star John Belushi's widow Judy to reboot The Blues Brothers for the small screen. Apparently the show will focus on Elwood's search for his real father and Aykroyd is expected to provide the voice of Jake and Elwood's parole officer. Because cameos are the studios' equivalent of spoonfeeding us shit while making aeroplane noises.

Anne Beatts from SNL, who is also working on the project, says:

"
"
We're not trying to replicate Dan and John but Jake and Elwood. [The show] would be Route 66 meets Glee and it all goes to hell in a handbasket.
That makes little to no sense. She may as well have said "The show is basically Mamma Mia meets the Devil and then it all goes tits up in a baker's goulash".

Sorry Dan, but the Blues Brothers was always more about the camaraderie and charisma of your on-screen partnership with Belushi. You know you'll end up casting some ex-Vampire Diaries teacher and one of the guys from Jackass.

And in case you have forgotten, YOU'VE TRIED TO REBOOT THE BLUES BROTHERS BEFORE. And lest we forget how that turned out. 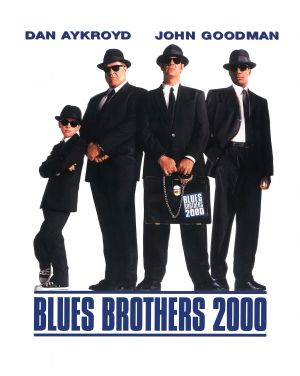 This kind of thing is so on trend right now
More:  The Blues Brothers  Dan Aykroyd  SNL
Follow us on Twitter @The_Shiznit for more fun features, film reviews and occasional commentary on what the best type of crisps are.
We are using Patreon to cover our hosting fees. So please consider chucking a few digital pennies our way by clicking on this link. Thanks!