Now this is something special. To celebrate the release of the 20th Anniversary edition of The Princess Bride, some complete and utter genius has designed a DVD cover that reads the same if you turn it upside down. Mind = Blown.

This has been doing the rounds on the web for a few days now, which means it is officially old news but I still think it's awesome, if a little spoilerish: 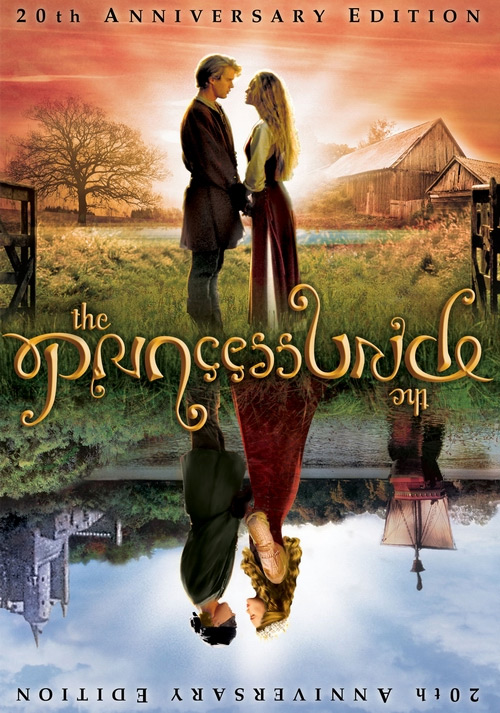 According to Boing Boing, by way of Justinsomnia, the technique is something called an 'ambigram'. Personally I prefer the term 'upsy-downsy-picachur' but my research on the subject came to an abrupt end when the library staff threw me out for getting peanut butter on all the books.

BONUS TREAT! Because we've been all political in the UK this week, here's the cover with some extra spin.

More:  The Princess Bride  Dvd Cover  Inconceivable
Follow us on Twitter @The_Shiznit for more fun features, film reviews and occasional commentary on what the best type of crisps are.
We are using Patreon to cover our hosting fees. So please consider chucking a few digital pennies our way by clicking on this link. Thanks!