The Redbox Movie Awards 2011: The Oscars for movies rented by idiots

The DVD renters of America have voted with their wallets, and crowned every film you hated this year as the best in their field. The Redbox Movie Awards 2011: for when even the People's Choice Awards are considered too 'highbrow'.


Though Hollywood producers often think the contrary, I don't consider a big box-office take to be an appropriate measure of a film's success. All a big opening weekend means is that the film was marketed well and boasted a wide appeal - it's sort of an arbitrary metric when you think about it. Just because you bought a ticket doesn't mean you liked it.

Film rentals work in much the same way, but with an added caveat - the big successes in the rental industry are usually the ones that you couldn't quite be bothered to go see at the cinema, but don't mind half-watching in your own home while you jerk off read a book or something. Therefore, any films boasting success in the rental stakes is sort of like a silver medal winner claiming he's the gold medalist of finishing second.

Forgive my mad, meaningless rant, because I'm still staring at the results of the Redbox 2011 Movie Awards and trying to figure out what the hell went wrong with the world. Redbox, for the uninitiated, are those DVD kiosks you see dotted around various malls, supermarkets and airports in the USA. They're like little mini Blockbusters, only without people with acne mocking your taste in films and charging you too much for bottles of Coke.

Even taking my first point into consideration - that film rentals exist in a kind of sub-strata of film appreciation - it's clear that the citizens of America have appalling taste in movies. Unless Redbox have a special deal with the major studios that states they may only offer the crappiest movies of the year for rental, these results are shocking to say the least. How else can you explain Just Go With It - by my reckoning the worst film of the year, maybe ever - being the Most Rented Movie of 2011? The appreciation for Just Go With It isn't just cold, hard rental data, either: Redbox users voted Adam Sandler and Jennifer Aniston the 'Funniest Couple'. What the hell, America? We used to think you guys were cool. 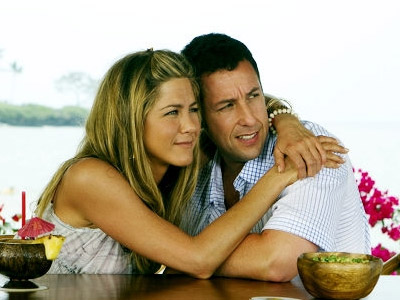 Save some funny for the rest of us, you guys!


It gets worse. The most rented action movie? The Green Hornet. Most rented drama? The Tourist. Most rented horror movie? Insidious. Not a looker in the bunch. Of course, the fact that these movies were released earlier in the year, therefore giving them a larger rental window, probably has something to do with them shifting more copies, but then that sort of cheapens the whole idea of the Redbox Movie Awards 2011, does it not?

Besides, how could you pour scorn on a company who gave a Lifetime Achievement Award to... wait, Kevin James? Seriously? Either someone Marisa Tomei'd the winner's envelope, or Redbox and their customers really, really like fat guys who fall over and fart. (Clearly they do; Paul Blart: Mall Cop was the quickest movie to shift one million Redbox rentals). 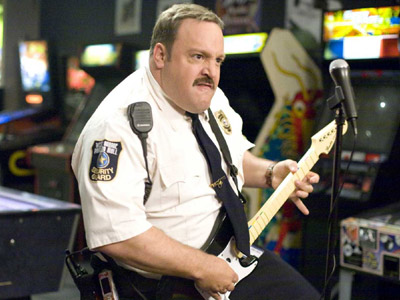 Why don't we just give him ALL of the Oscars?


Say what you want about the Oscars, but they have a peer-reviewed process for objectively picking the 'Best' films of the year, which is about as fair as you can get. The Redbox awards are far more terrifying - this is what happens when you let the 'people' decide. They make Kevin James King of the World, make Adam Sandler Prime Minister and make it mandatory to get hit in the crotch every eight minutes. I don't want to live in that world. Please don't make me.

More:  Rant  Rentals  Just Go With It  The Green Hornet  The Tourist  Adam Sandler  Jennifer Aniston
Follow us on Twitter @The_Shiznit for more fun features, film reviews and occasional commentary on what the best type of crisps are.
We are using Patreon to cover our hosting fees. So please consider chucking a few digital pennies our way by clicking on this link. Thanks!