This is honestly what Movies.com thinks the Lincoln poster is saying

The first poster for Steven Spielberg's inevitably weighty Honest Abe biopic Lincoln has surfaced, and it already has a lot of American websites saluting a sunset and wiping away their tears with golden eagle feathers.


I love analysing posters. They're singular artistic visions that have to express an entire film's themes and content in one still image – that's why it's such a shame that most of them are total shit. Not this poster for Lincoln, however. It's quite nice: a profile view of Double-D Lewis sporting his impressive-looking beard. There's not much to it, but that's okay. 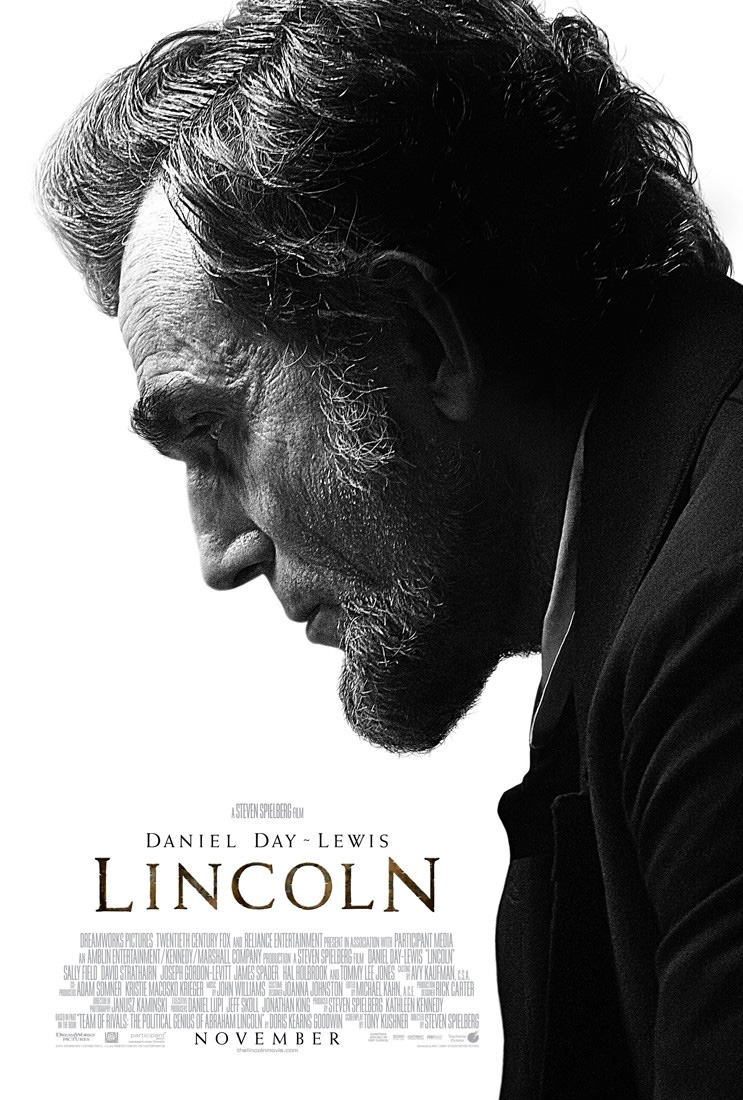 I found this poster via Movies.com, an American movies website (believe it or not), and they disagree – they think this Lincoln poster speaks VOLUMES. It's entirely possible, however, that they're lost for words in the face of a musty old black and white photo and are projecting like crazy.

"
"
"As we reported earlier, the film itself, according to Spielberg, will be "about a working leader who must make tough decisions and get things done in the face of overwhelming opposition" as he moved forward in his attempt to abolish slavery once and for all. It won't cover Lincoln's entire life, only the four months prior to his death, and this poster does a solid job of delivering that info to us without a synopsis."
Which bit of the poster represents the tough decisions? The sideburns? Is Lincoln standing in front of the overwhelming opposition? Is it a time-lapse photo spanning four months? Wait, the poster is still talking.

"
"
"This looks like a weathered, beaten-down Lincoln. A guy who's hunched over because the fate of a nation is on his shoulders."
Because "He's sort of leaning over at an angle… a bit" doesn't sound very patriotic. Come to think of it, I'm not sure you can even see his shoulders, let alone what they're taking the weight of. What else does the poster symbolise, Movies.com?

"
"
"Plus the black-and-white is great because it plays into one of the biggest themes of the film, most notably Lincoln's pursuit to abolish slavery."
There's me thinking black and white was just a hipster photo shortcut to 'instant class'. Abraham Lincoln was probably wearing technicolour Bermuda shorts in the full version of this poster but they cropped those out and desaturated the image because of the parallels with slavery. DUH. Didn't you go to college? Ssshh! Poster Lincoln is still talking!

"
"
"Here he's saying, "How do I get a nation to see beyond the color of someone's skin?""
Shit, sorry guys. I dun goofed. Clearly this is one of those audio-visual 'motion posters' that are so popular these days and I just don't have the requisite Flash update to see it move. If I did, I'd hear the booming voice of Daniel Day-Lewis saying those very words. It's a bit of a shame, because the kid at the end of Volcano basically already solved America's race relations problems by remarking "now everyone looks the same" when the survivors are covered in ash. Sorry, spoiler alert.

"
"
"Lincoln wanted us to be color blind, and so does this poster."
That's pretty deep, you guys. Except… wait a minute… ENHANCE!

Is that COLOUR? Aiieeee, the slavery parallels have come crashing down! Every man for himself!

More:  Moviescom  Lincoln  Steven Spielberg  Daniel Day-Lewis  Posters
Follow us on Twitter @The_Shiznit for more fun features, film reviews and occasional commentary on what the best type of crisps are.
We are using Patreon to cover our hosting fees. So please consider chucking a few digital pennies our way by clicking on this link. Thanks!