This picture just made me realise Warm Bodies is Twilight-ish

There I was, minding my own business, reading a book about zombies, when BAM - the first picture of Warm Bodies: The Movie. Pale skin, a warm embrace, a supernatural romance, hair... Did I just enjoy something in the same genre as Twilight? UH OH.


As far as zombooks go, Warm Bodies is a rollicking good read: Simon Pegg says so on the cover, but now, come to think of it, so does Stephanie Meyer. The signs were there! I've been tracking the film adaptation for a while now - it was announced as I was reading it - but only having seen this first official image have I realised just how Twilighty it was. No fair! You retroactively made me think less of something because I'm shallow! 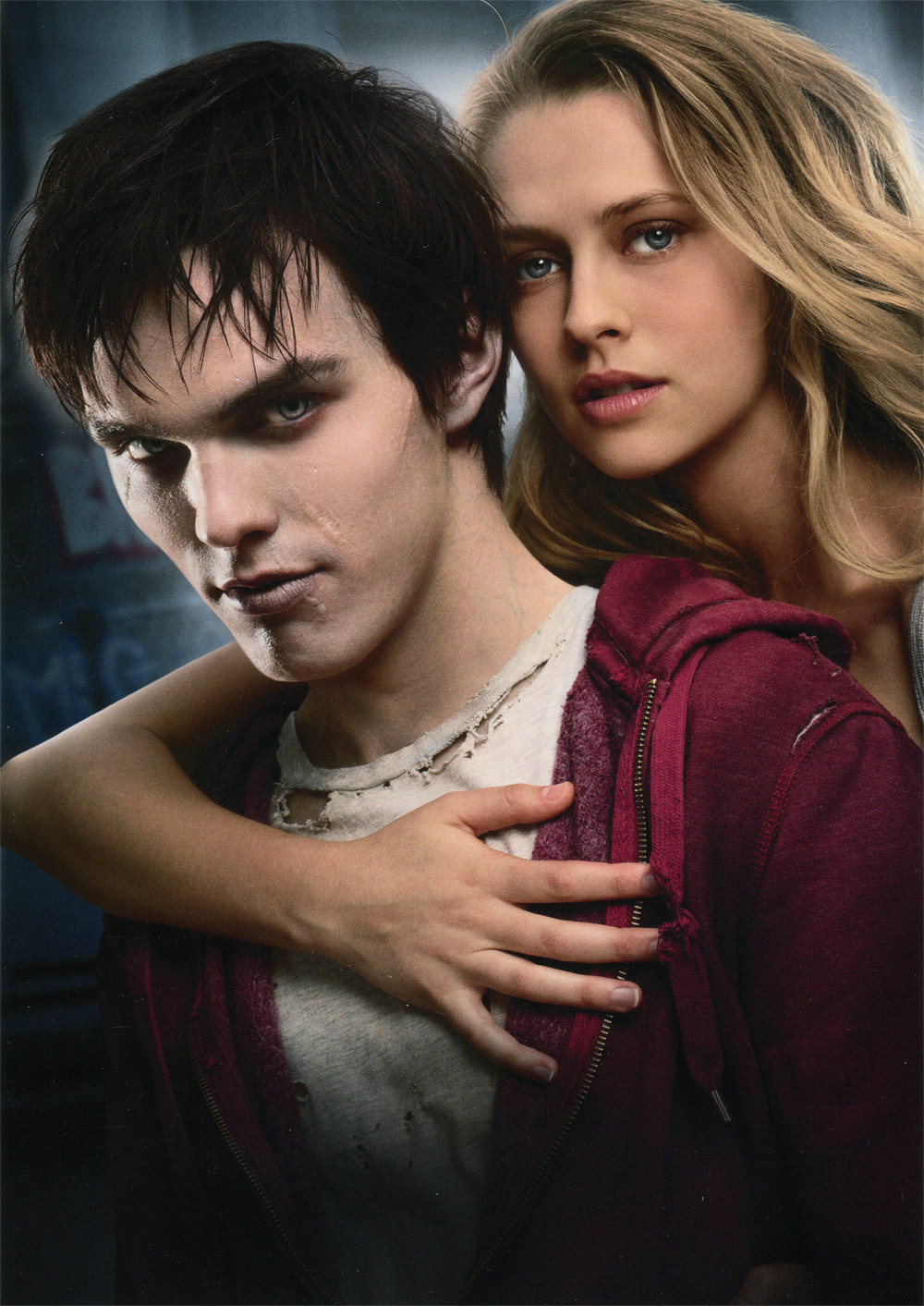 Warm Bodies tells the story of zombie R (Nicholas Hoult), a barely-composed zombie who still has a few memories rattling around inside his empty skull. It's only upon meeting human survivor Julie (Teresa Palmer), and subsequently feasting on her boyfriend's delicious brains, that R discovers he still has a zest for life. Oh Jesus, it even sounds like Twilight fan-fiction now I read it out aloud.

Bollocks to you all, the book is really good - I even got a little bit emotional at the end. It's not half as terrible as its concept, synopsis, characters and image would have you believe. There are some genuinely horrific characters in it (zombie elders called 'Boneys') and Rob Corddry is playing a fat zombie called M. Also, John Malkovich is playing a villain, but this isn't one of those crap films like Jonah Hex where he's only doing it for the money. Honest, it isn't. It's really good. Zombies! They're cool! Right?

Screw the lot of you. (*pre-orders Breaking Dawn tickets and Twilight-branded slanket*)

More:  Warm Bodies  Twilight  Nicholas Hoult  Teresa Palmer  Rob Corddry
Follow us on Twitter @The_Shiznit for more fun features, film reviews and occasional commentary on what the best type of crisps are.
We are using Patreon to cover our hosting fees. So please consider chucking a few digital pennies our way by clicking on this link. Thanks!