Batman rumours are the fuel to the internet's flame, so it's lovely to report some actual, genuine, salt of the earth casting news regarding Batman 3: Tom Hardy has been cast. Granted, we don't know as whom - hero, villain or other - but it's a start. Next up, an actual confirmed title would be nice, so we can stop calling it Batman 3 like idiots.

The more Inception that bleeds into Nolan's Dark Knight follow-up the better, I say. Hardy was fantastic in what could have been a simple stooge role, and from what I hear, he's brilliant in Bronson. Also, according to his IMDB profile, he loves to drink tea, coffee, Coke, fizzy water and fruit drinks. He's just like me in so many ways it's scary.

So, with Hardy on board, is it safe to assume Joseph Gordon-Levitt could be next? I think so: Nolan has a habit of recasting actors he's worked with in future projects and Levitt would be a great addition to the Batman Nolanverse (I hate myself for typing that).

By this reckoning, it's only a matter of time before The Prestige's Hugh Jackman is announced as the new Catwoman. Get it? It's funny because he likes to sing and dance, like a lady. 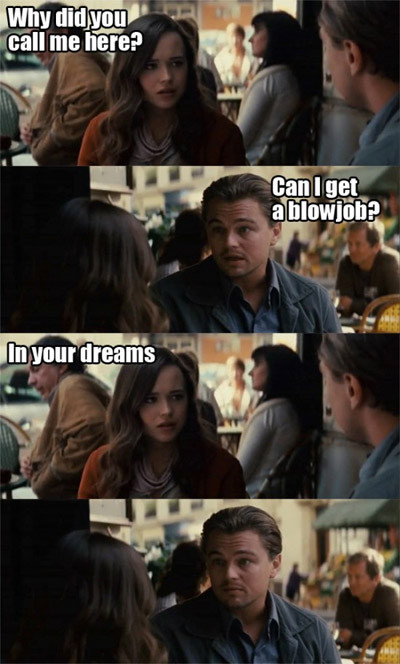 More:  Tom Hardy  Batman 3  Christopher Nolan  Inception
Follow us on Twitter @The_Shiznit for more fun features, film reviews and occasional commentary on what the best type of crisps are.
We are using Patreon to cover our hosting fees. So please consider chucking a few digital pennies our way by clicking on this link. Thanks!