Too easy: Lindsay Lohan to play Linda Lovelace in biopic

So... Need an actress to play a shameless, desperate, washed-up actress who'd do anything for money? 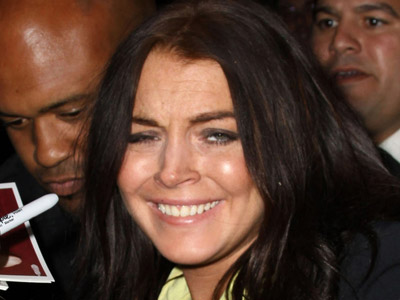 Still, director Matthew Wilder must have some promise, because he's roped in Bill 'not Paxton' Pullman to play Hugh Hefner, and back when the movie was in its gestation, he had Sam Rockwell interested too. He'll reportedly be looking to fund the movie in Cannes later this month.

Whether or not Lindsay Lohan can do anything other than break the law (and our hearts) these days remains to be seen, but it has to be said: this is probably her last shot at a serious acting career. Hell, if she can't accurately portray a woman who blows dudes for money, there really can't be many roles left for her in Hollywood. At this point, I wouldn't even hire her to star in a Lindsay Lohan biopic.

More:  Inferno  Lindsay Lohan  Linda Lovelace  Deep Throat
Follow us on Twitter @The_Shiznit for more fun features, film reviews and occasional commentary on what the best type of crisps are.
We are using Patreon to cover our hosting fees. So please consider chucking a few digital pennies our way by clicking on this link. Thanks!