Entertainment Weekly, who don't entertain me nearly weekly enough, have released the first still from Tim Burton's Dark Shadows, which he apparently made with bits left over from all his other films.


I don't like ragging on Tim Burton too much because I appreciate a guy who has a distinct style all of his own, but I really wish he'd step out of his comfort zone and quit being a goth weirdo for just one goddamn film. Dark Shadows is his latest, and see if you can guess who the lead male is? Here's a clue: it's the exact same guy who's been in his last FIVE movies. Also his wife is in it. SCORE. Tim's got at least one guaranteed sexing out of this one. "Gonna give her a role. Bitches love roles." 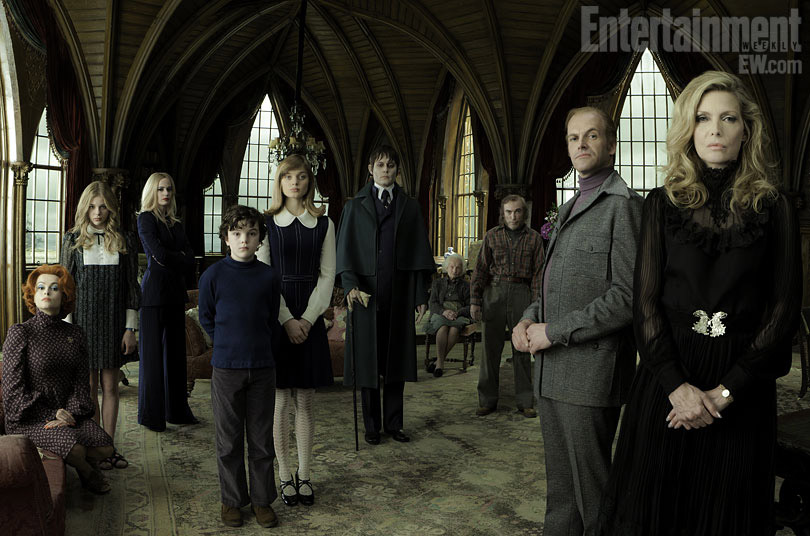 On balance, this is a pretty great cast: you had me at 'Eva Green is a blonde witch', but I'll also take Jackie Earle Haley dressed as Groundskeeper Willie and vampish Chloe Moretz as wins too. Kudos also to Jonny Lee Miller for squeezing an impression of The Rock into the movie. Easter egg! Bit cheap of Helena Bonham Carter to use her Alice In Wonderland Red Queen make-up again, though.

I'll give Dark Shadows the benefit of the doubt (spoiler: I totally won't), but I'm not sure I can take another kooky Johnny Depp role. Isn't the idea of being kooky that you're supposed to play against the norm? He's played so many pale-skinned characters in his career, I'm starting to think he died a few decades ago and Burton has been working him with animatronics for years.

More:  Dark Shadows  Tim Burton  Johnny Depp  Helena Bonham Carter  Chloe Moretz
Follow us on Twitter @The_Shiznit for more fun features, film reviews and occasional commentary on what the best type of crisps are.
We are using Patreon to cover our hosting fees. So please consider chucking a few digital pennies our way by clicking on this link. Thanks!