X-Men: First Class gets a couple of second class posters

Before he was Professor X... he was Charles. Before he was Magneto... he was Erik. Before they release the proper X-Men: First Class poster... we get this bunch of arse instead.


Of all the superhero movies jostling for attention this summer, the only one I'm really looking forward to is X-Men: First Class, simply because unlike Green Lantern, Thor and Captain America, it doesn't look likely to choke to death on its own campness. If it chokes on anything, it'll be its natty '60s necktie. What a groovy way to go, baby.

The First Class trailer was a bit of alright, but the stills released so far have been a tad underwhelming and these two naff teaser posters make me wonder if there's even any whelm to get excited about. Look, there's James McAvoy's photoshopped face standing next to a foreboding puddle. Maybe he loses his legs by standing on a slippery wall. Tsk. 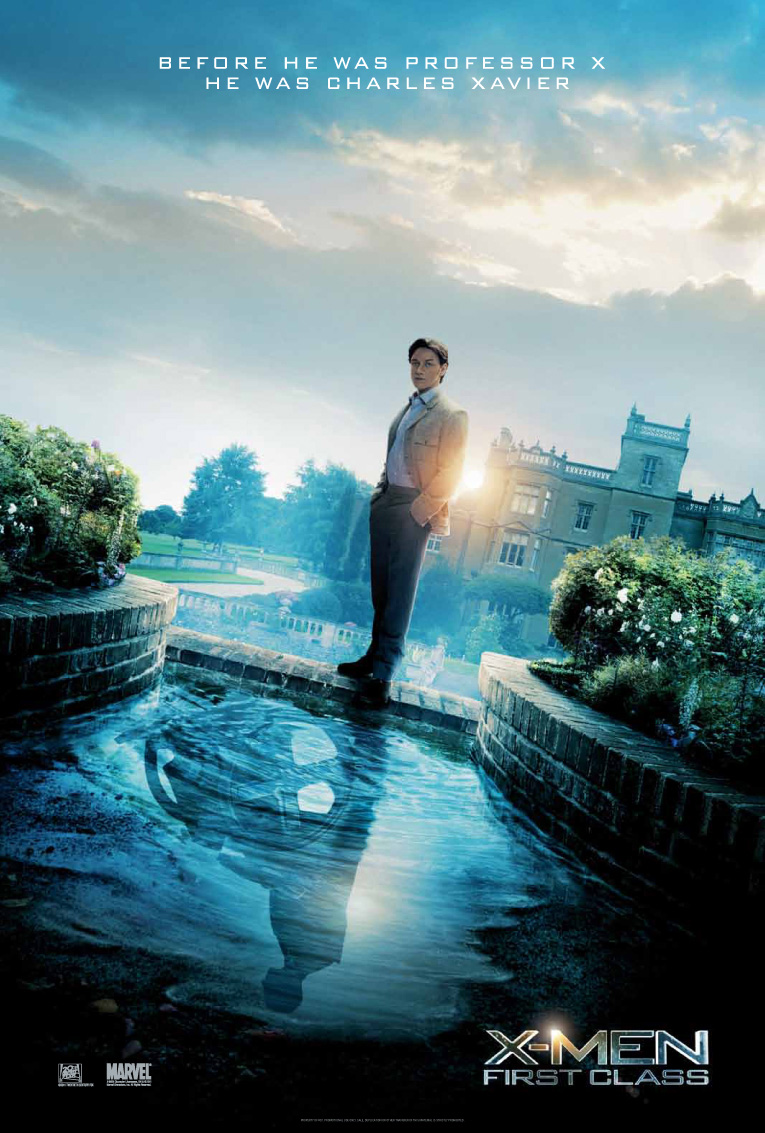 I was going to run the Magneto teaser poster too, until I saw this ominous warning on the PR email in bright red letters:

I didn't exactly like the cut, colour, italics or boldness of their jib, so I reckon I'll make them sweat a while...


While you're waiting for the Magneto poster, why not enjoy this new still, featuring January Jones' cleavage and Kevin Bacon apparently standing inside the Fortress of Solitude. Thanks, Empire. Now, on with the wait... 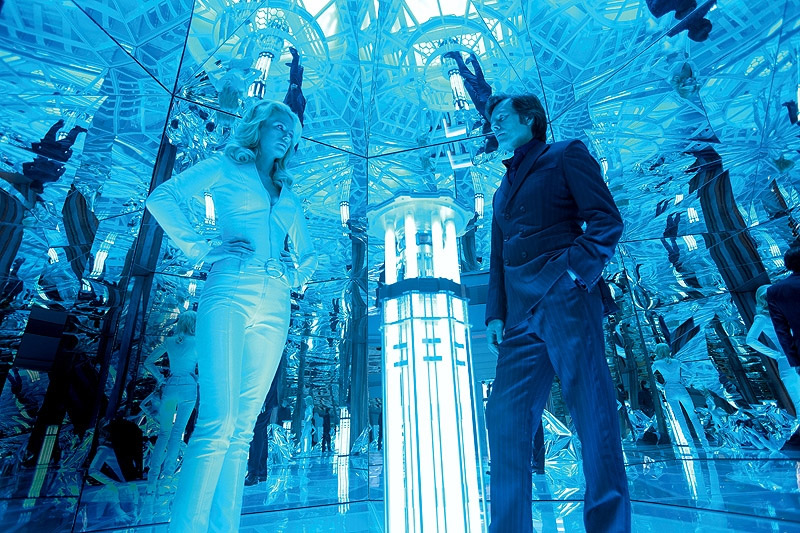 
Okay, you've waited long enough. In case you can't tell through the gloom, that's Michael Fassbender's Magneto (also standing next to a puddle) outside a factory in a rainstorm. Oooh. While the 'future reflection' motif works quite well with Xavier, Magneto isn't really recognisable in silhouette, so it sort of looks like Fassbender is staring at a reflection of an unemployed Batman. 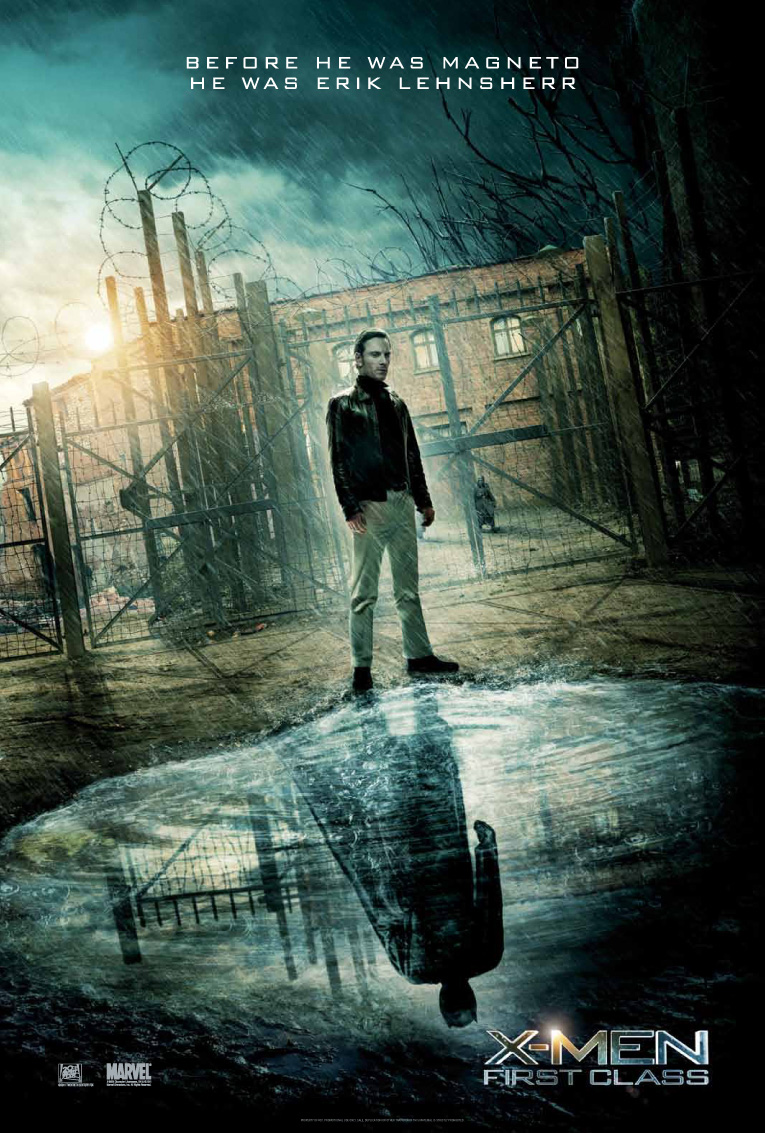 That was worth the wait, wasn't it? Wonder if I'll get told off.

More:  X-Men First Class  Matthew Vaughn  James McAvoy  Michael Fassbender
Follow us on Twitter @The_Shiznit for more fun features, film reviews and occasional commentary on what the best type of crisps are.
We are using Patreon to cover our hosting fees. So please consider chucking a few digital pennies our way by clicking on this link. Thanks!