And the award for Only Person Who Still Believes Performance Capture Is The Future goes to...

In all my years working with the film industry, I've never met a single person who thinks that full motion-capture is the way forward. In fact, most people downright hate it. In small doses, a la Gollum, it can be a precious tool in the filmmaker's arsenal. But entire performance-captured movies? All I hear is 'creepy', 'dead-eyed puppet people' and 'nightmares for the rest of my life'.

Yet in his head, Zemeckis is blazing a new cinematic trail. He figures his contributions to cinema at least warrants the introduction of a new award at the Oscars.

"
"
"The appropriate thing would be to create a new category, like when Walt Disney made the first animated movie. He got a special award since no one had ever done that."
He said, while nudging the reporter in the ribs and pointing his own thumbs at himself. This despite the fact that they already have a Best Animated Picture award and none of his movies have ever been nominated for that. It's only natural the Academy should recognise his genius. Maybe erect a gold statue of him too, something like that.

Zemeckis' contribution to cinema shouldn't be forgotten, but he's not made a decent film since Contact in 1997. For what it's worth, I think the introduction of mo-capped characters into his proposed sequel to Who Framed Roger Rabbit? would work well, but only as a statement on the advances in animation since Disney's early heyday. Or as a joke, basically.

In other news, I think they should introduce a new award at the Oscars, too. Best Movie Feature A Tiger And/Or Hurricane. Not that I'm biased. 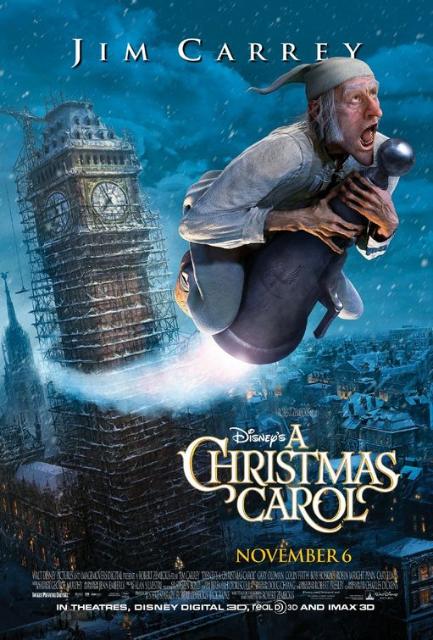 Ebenezer Splooge (gag copyright @NickJFrost)
More:  Robert Zemeckis  Performance Capture  A Christmas Carol
Follow us on Twitter @The_Shiznit for more fun features, film reviews and occasional commentary on what the best type of crisps are.
We are using Patreon to cover our hosting fees. So please consider chucking a few digital pennies our way by clicking on this link. Thanks!