What were your favourite two things about Lost? It was Hurley and the mysterious island, right? Well check your lottery numbers baby, because your luck is right in.


Your luck is only "right in" if you happen to have Sky, Virgin, or Smallworld TV packages as Watch, that bastion of televisual quality, is not available on Freeview.

That's an unfair pop at Madeley/Finnegan career killers Watch, which is actually pretty good at picking up not-completely-terrible US dramas and making very peculiar gameshows. Their newest aquisition, which began airing tonight, is possibly their best buy yet.

Alcatraz is a(nother) mystery drama from JJ Abrams, or possibly from JJ Abrams' parallel universe counterpart. With that guy, who the hell knows?
Like Alias, there's some high-level governemnt interaction, like Lost there's a creepy mysterious island where inexplicable things happen, and like Fringe there's a guy who was mostly famous in the 90s helming the whole thing. 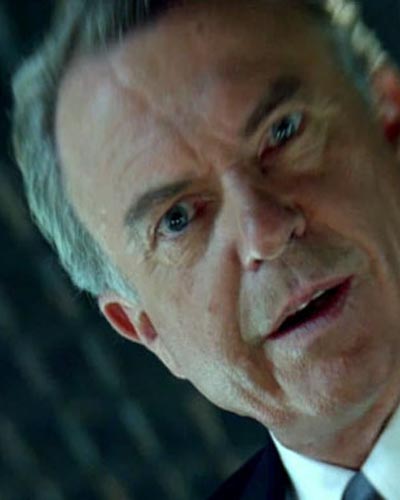 Look in the eyes, not around the eyes, you are feesszzzzzzsnore

So to the plot. In 1963, Alcatraz was a fully-functioning prison which was shut down for reasons of politics and funding, and all the prisoners were shifted to other federal prisons. Only they weren't. 300 inmates and 40 guards disappeared from the island one fateful March night without a trace. Doors were locked, belongings were untouched, the whole place was just (*poof*) empty. Like a criminally populated Marie Celeste.

Fast forward to 'present day' and the '63s' are popping up all over the show, having not aged a day and not seeming to know where they've been for the past 50 years.

First of the 63s to draw attention to themselves is robber-cum-inmate-killer Jack Sylvane who wakes up in his cell during a touristy tour. Having been removed from the island (I should just say now that the writers are keen to stress that it's the building on Alcatraz that is mysterious, and not really the island. So it's totally different from any other show where people or things may have been misplaced) so - having been removed from Alcatraz (*snore*) Jack seems hell-bent on settling some scores. Namely with the cartoonishly villainous ex-warden EB Tiller.

Flashbacks show us that Tiller may well have deserved his fate, but that doesn't mean that maverick solo homicide detective Rebecca Madsen is going to let it lie.

Having lost her partner recently in a rooftop chase which ended comically tragically, Madsen (Sarah Jones) is reluctant to pick a new one and is miffed beyond measure when the Feds turn up and kick her off the Tiller murder. She quickly swipes some evidence (naughty!) and starts her own investigation.

One of the major downsides of having a solo protagonist in the digital age is that all of her investigations are on a computer. With silent typing. So much of the plot development for this period of the episode comes in the form of otherwise seemingly intelligent people saying absolutely ridiculous things out loud ("The vic's name was EB Tiller...", "Jack Sylvane... Alcatraz" - No? Really?!) to kick the story along.

On discovering who Tiller was in his heyday, and that the evidence has the fingerprints of a dead former inmate on it, Madsen's first port of call is - of course - a comic book store owned by living Comic Book Guy and Alcatraz know-it-all, Dr Diego Soto (hereby known as "Doc"). 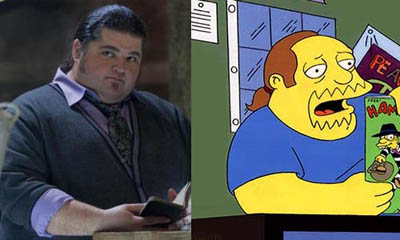 Doc and Madsen quickly find a secret room in Alcatraz which holds all the prisoners' and guards' personal possessions; which is my biggest bugbear in the whole damn show. I can fully believe that 340 people vanished from an isl- building, and have returned with no memories and no ageing; I can even get behind a cop and a genius stepping over a wee security chainlink fence and finding themselves in a secret underground bunker, but the idea that the FBI wouldn't have put all those things into some kind of Warehouse 13 supervault? Nuhuh. Not having it.

Anyway, they find the big boxes marked "mysterious" in neon, but are quickly knocked out by a gas cannister from the self-same FBI dude who kicked Masden off the Tiller case, and our very own friend of the Shiznit Family, Mr Sam Neill (*pause for applause*).

It turns out Sam, or to give him his Alcatraz Name, 'Emerson Hauser', is part of an ongoing FBI investigation into the disappearance and subsequent reappearance of the 63s. Hauser and sexy sidekick Dr Lucy Banerjee (ER's Parminder Nagra) are hot on the heels of Sylvane, but they need Madsen's moxy and Doc's almost-Rainman levels of knowledge about the inmates to catch the sonofagun.

Will they join them? Well yes, obviously, otherwise it would be a waste of our time and theirs.

As openers go, it's pretty darned watchable and definitely better than the trailers make it out to be. If I was basing it all on the trailer I would have imagined that, by the end, Sylvane would be one of the good guys and that the lizard-faced Tiller would have been outed as evil incarnate. Neither of theses things is in any way true - granted some of the trailers showed Sylvane point-blank killing policemen, but trailers are sometimes sneaky clever bastards that psych you out. This time, not so much. He's a cold badass murderer, and not in a fun way. Tiller is a pretty shitty guard, but he's not the big bad. Or is he? No. Or is he?

We could do this for days. 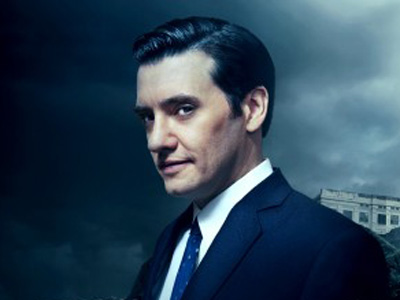 In America, the first two episodes were shown back to back, the two-part premiere giving the audience more time to soak in the gently simmering weirdness and get all the major players introduced without losing too much in the way of plot through exposition.

We could have used that tonight too, as the last 10 minutes kind of slaps you in the face and then runs off laughing. It would have been excellent to immediately see the next episode with *that* denoument still fresh in your bulging eyes.

Whilst with 340 people to find there is a lot of room for six seasons and a movie, there is some concern in the US that low ratings mean it's facing cancellation, so perhaps don't get too attached. And feel a little bad for the guys at Watch - this wouldn't be the first show they splurged on only to have it snatched away by cancellation. It would be the second.

I hope it hangs on for at least long enough for us to find out where the heck they've all been, and how old man Hauser bagged a hottie like Lucy. If it's smoke monsters, I'm going to kick Abrams's arse.

More:  Alcatraz  Sam Neill  JJ Abrams  FOX  Watch
Follow us on Twitter @The_Shiznit for more fun features, film reviews and occasional commentary on what the best type of crisps are.
We are using Patreon to cover our hosting fees. So please consider chucking a few digital pennies our way by clicking on this link. Thanks!