Another Earth is the result of a particularly ponderous 'What it?' session, in which writer/director Mike Cahill wondered what it'd be like if he could have a conversation with himself. Thus, the movie is set at the dawn of the discovery of a new Earth-like planet, much like the recent Keppler discovery, which has to go down as the all-time greatest PR stunt. Conveniently, we then skip forward four years – way past all the science bits – to the discovery that 'Earth 2' is actually an identical copy of Earth, complete with an identical populace. Cue existential wonderment and goatee-rubbing. 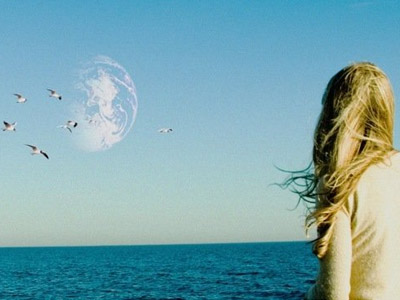 I'm totally writing a play about this.


It's a grand theme indeed, but one that's only visible from a distance – Another Earth is actually a touching human story at heart. Brit Marling plays a prodigious young student who kills a woman and her child in a car accident while gazing into the night sky – the movie charts her attempts to make amends with William Mapother's character, the husband and father she widowed. Defying the laws of astrophysics, Earth 2 looms large in the sky at all times, informing every scene but never dictating the film's direction. Jodie Foster may be up there making contact with space ghosts for all we know, but that's another movie. Like fellow low-budget sci-fi thinkpiece Monsters, Another Earth knows its limits.

Marling is a real find, expertly portraying a young woman processing enough grief to last a lifetime, while William Mapother – [insert inevitable mention of Ethan from Lost and/or him being Tom Cruise's cousin] – adds gravitas as he tentatively opens up after four years of self-destruction. The pair share a natural chemistry that's tinged with sadness – posing anonymously as his cleaner, Marling strikes up a friendship with Mapother's composer, but it's a relationship that can only ever end in disaster for both parties. Every smile they share is a dagger in her heart. 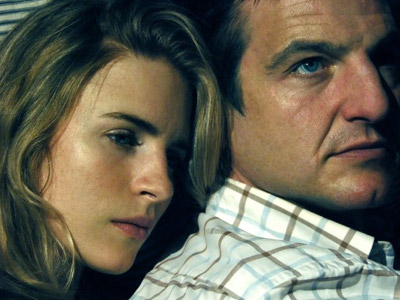 You'd expect nothing less from ETHAN FROM LOST.


Another Earth occasionally slips into chin-stroking pretention, particularly due to some haphazard editing and an unnecessary – though well-acted – diversion with Indian actor Kumar Pallana, but it flies the flags for indies with ideas bigger than their budgets. See it if you like sci-fi that never lets the spectacle obscure the personal; don't see it if you thought Melancholia didn't have enough scenes of landmarks being destroyed.

More:  Another Earth  Brit Marling  Mike Cahill  Sci-fi
Follow us on Twitter @The_Shiznit for more fun features, film reviews and occasional commentary on what the best type of crisps are.
We are using Patreon to cover our hosting fees. So please consider chucking a few digital pennies our way by clicking on this link. Thanks!