How you choose to take this remake of Dudley Moore's 1981 classic hinges entirely on your tolerance for a certain Russell Brand. Granted, his Arthur 2.0 is a slightly toned-down version of himself, and the pelvic thrusts, sex-mad antics, swearing and prank calls to aging comedians are at a minimum, but if you outright don't like the bloke, a top hat, tails and a cane is hardly going to change that.


Thankfully, since his memorable role in Forgetting Sarah Marshall, followed by his confident lead in Get Him to The Greek, I've warmed to Brand's eccentricities and have no problem with this charming, funny and romantic update. Still not convinced? Then knock two stars off this review and stick to the original. 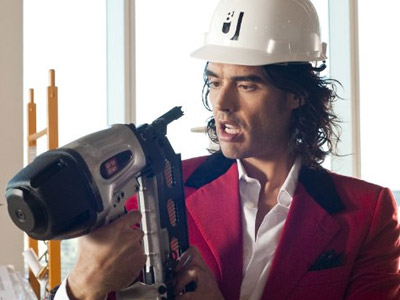 
Arthur Bach is a boozy, irresponsible, but kind-hearted man-child playboy, and the sole heir to a multi-billion dollar enterprise. Seen as too much of a liability to the family company, he's given an ultimatum: marry an heiress (Jennifer Garner) who can 'tame' his frivolous side while she looks after the company or stand to be cut off from the family fortune. The problem is, Arthur's fallen for 'normal' girl, Naomi (Greta Gerwig, taking on the Liza Minnelli role wonderfully).

Hardly breaking new ground and not straying too far from the original plot, this could be written off as an unnecessary remake, with its success hanging solely on brand Brand. Luckily, he's got the confidence - or perhaps arrogance - of a man who's been playing the role of egocentric superstar mincer in his real life for years, and he pulls it off admirably.

There really isn't anyone else who fits the bill more perfectly than Brand. Splicing bits of Jack Sparrow, Ricky Gervais and Michael Jackson (but surprisingly, not much Dudley Moore), Brand leaves the rest of the cast playing catch up. 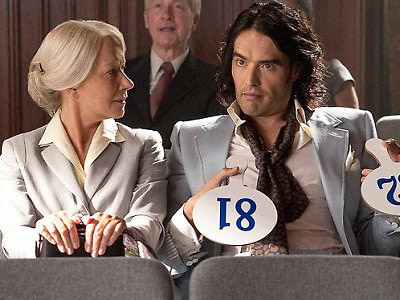 Either Brand is having a stroke or there's someone down on the floor in front of him.


Co-star Greta Gerwig puts up a strong fight and is delightfully kooky and radiant as Arthur's free-spirited love interest; she could almost be the new Zooey Deschanel. Meanwhile, Hobson, Arthur's trusted Butler back in 1981 is now his nanny, and played superbly coldly by Helen Mirren.

More a parental figure than John Gielgud was in the role, Mirren, much like Brand, makes the role her own, turning a simple character into someone with a few more layers. You get what you pay for with Oscar winners.

Arthur is all very predictable, standard romantic comedy fluff, but with Borat writer and 'friend of Partridge' Peter Baynham on scripting duties and Brand's larger-than-life personality carrying the film, it just about works. Jennifer Garner is utterly wasted, and the lasting message is morally confusing, but Arthur remains a bit of harmless fun. Just pray an Arthur 2 remake isn't on the cards.

More:  Arthur  Russell Brand  Helen Mirren  Jason Winer  Remake
Follow us on Twitter @The_Shiznit for more fun features, film reviews and occasional commentary on what the best type of crisps are.
We are using Patreon to cover our hosting fees. So please consider chucking a few digital pennies our way by clicking on this link. Thanks!