Comparisons between Sherlock and this new American take on the great detective are inevitable, but it's more instructive to compare how the two shows represent their respective countries' TV-making models. Oh, and I might say whether the first episode's good or bad when I'm done trying to look clever.


Do a Google image search for Elementary and you'll come across a million and one pictures of Jonny Lee Miller and Benedict Cumberbatch with a 'VS' Photoshopped into the middle. Go a bit deeper and you'll find as many top 10 comparison lists as you care to read.

And fair enough: Sherlock is probably the best bit of drama the UK has produced in the last five years. And the Americans want to rip it off? Hey, get your own detective. Isn't Batman enough for you? Sure, Sherlock Holmes is in the public domain, but it still seems a bit soon.

Watching the Elementary pilot, you notice that there are similarities, but these are just true to the original character rather than about Miller aping Benny the 'batch. The single-mindedness, the faux-autistic inability to recognise that he's offending someone, the quick-as-a-flash deductions. You'll find just as many of these in Robert Downey Jr's recent take on Holmes; the BBC version has no claim to them. 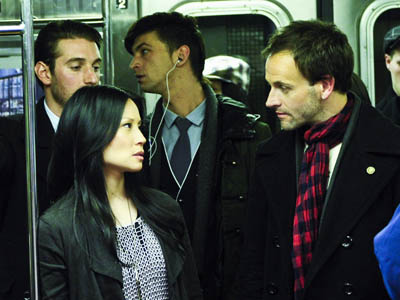 Seriously, you've no idea how difficult their height difference is going to make Photoshopping them as a long-term concern.

If you're looking for something to compare it with, you'll get more joy watching it side by side with an episode of House. The doctor has his basis in Holmes, of course, and you can see Elementary heading in the same direction in terms of how they develop the character: his only friend constantly picking at him to reveal emotional depth, always met with refusals to acknowledge anything deeper than the latest puzzle, leading to the odd vulnerable crack in the façade, and so on. And the parallels between Miller's performance and Hugh Laurie's are far more stark than in comparison to Cumberbatch.

Point is, this is familiar just as Sherlock is. But there's a key difference, and a reason why another American show is a better comparison: we'll get 22 episodes of it a year until they decide to stop. That's a regular Holmes in your home, and if it's done well that's far more interesting to me. As great as Sherlock is, we're nine months on from the last three episodes, and probably at least nine away from the next three. Right at this moment, I don't give a shit about Sherlock. 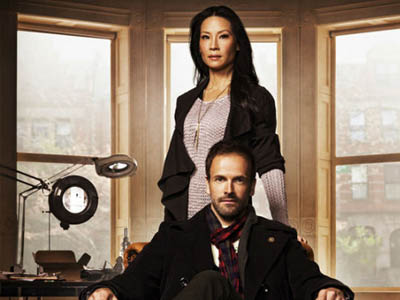 No, when I said about the height thing, I didn't ... I mean, you've gone too far the other way. Oh, forget it.

But obviously just having more episodes doesn't cut it: this makes no difference at all unless Elementary's actually any good. And it's 40-minute US drama in the classic modern mould, tight, fast-paced and well-crafted: cold opening, mysterious death, Sherlock heads down the wrong path for a bit, Watson proves she's a bigger asset than Holmes cared to admit, big penny-dropping scene, explain the whole thing in flashback. It is, in short, House without the medicine. Which is exactly what I want. The fact that Watson's a short Asian woman isn't in the least bit problematic, and Miller's funny, very skilled at rattling off dispassionate-sounding staccato dialogue, and exactly the kind of idiosyncratic presence the role needs.

So if we're comparing the two, the difference is simply in the way we do things either side of the pond. Sherlock represents two of the best British TV writers around, working at full tilt, and it's great. Elementary is knocked off by a bunch of Americans no one's ever heard of in a donut-strewn writers' room and, if the early signs are anything to go by, it's basically as good. You win again, America. Until ITV reimagines Batman.

More:  Elementary  Jonny Lee Miller  Lucy Liu  CBS  Sky Living
Follow us on Twitter @The_Shiznit for more fun features, film reviews and occasional commentary on what the best type of crisps are.
We are using Patreon to cover our hosting fees. So please consider chucking a few digital pennies our way by clicking on this link. Thanks!