Could Frances Ha be the Greta-ist, Gerwiggiest film ever made? A black and white light-hearted indie comedy about a blundering yet loveable New York ballet teacher? It sounds like the kind of hardcore mumblecore destined to be of interest to all but the most entrenched Brooklynites, but Frances Ha is an unlikely feelgood crowd-pleaser - it's sweet and funny and darling and almost unbearably lovely. And thankfully, everyone enunciates.


Frances Ha is a movie turbo-charged by charm, generated entirely by the kinetic energy of Greta Gerwig. Frances is a try-hard New York ballet dancer with few skills but a surplus of friends she can call on in her time of need. Chief BFF is Sophie (Mickey Sumner aka Sting's daughter, perfect casting for a movie that aims for arch hipster cool), whose moving out and growing up sets Frances adrift. She bobs along on goodwill until there's no more driftwood to cling on to and New York starts to feel like too big a pond for too small a fish. 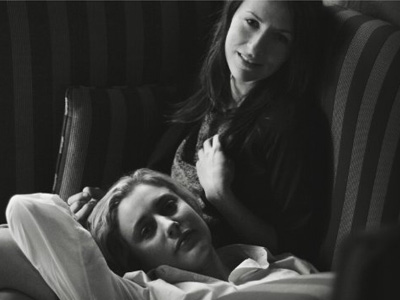 
Frances sees Gerwig at her most endearing: gawky and ungainly ("I recognised you by your man walk," says a friend), she's hyper-energetic and playful yet avoids the usual Manic Pixie Dream Girl archetype by virtue of not being particularly wise or insightful or magical. She's not changing anyone's life, certainly not her own. She dances like nobody's watching, but that's because no one is; she has more luck putting her feet in her mouth than she does deploying them in a life-affirming routine.

Baumbach is wise to let the camera love Gerwig like he does. Hers is a fascinating face, expressive almost to the point of caricature. She is capable of looking like a million dollars one minute and a 15-year-old boy the next. Frances is capable of being the smartest and stupidest person in any room at any time. She is permanently wincing at her own infernal awkwardness. Baumbach and Gerwig sell every excruciating second of Frances' slow descent into adulthood without ever resorting to maudlin techniques or artificial drama. 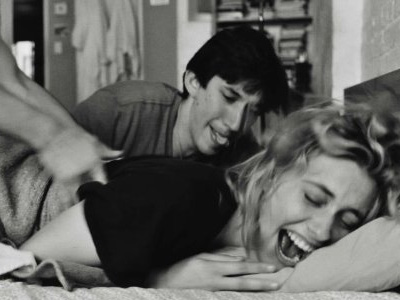 I've seen Girls, I know what Adam Driver likes to do... back there.


Pleasingly, Baumbach subverts the languid genre pacing with quick cuts to keep the energy high, occasionally lingering to extend any awkward feeling. It serves to chop Frances Ha into a mood board of sorts; the economy is such that much seems to happen in so little time. It's infinitely preferable to the mumblecore staple of scenes with zero urgency. At 86 minutes Frances Ha is fleet of foot but far from fly-weight; instead, imposing themes are tackled with a lightness of touch. In most black and white films, a woman alone in Paris would slip into an existential funk, sip coffee and stare down the Seine. Frances goes to see Puss-In-Boots.

Support from the likes of Adam Driver gives Frances Ha some comedic weight and Baumbach's loosey-goosey script helps cultivate an air of natural cool, but really this is about spending an hour and a half in the company of Greta at her Gerwiggiest. If you're hell-bent on hating hipsters then the only 'Ha' you'll get is from the title, but those who don't choke on the charm will find Frances a most delightful companion. The cinematic equivalent of an unexpected cuddle.

More:  Frances Ha  Noah Baumbach  Greta Gerwig  Mickey Sumner  Adam Driver
Follow us on Twitter @The_Shiznit for more fun features, film reviews and occasional commentary on what the best type of crisps are.
We are using Patreon to cover our hosting fees. So please consider chucking a few digital pennies our way by clicking on this link. Thanks!