Hollywood is patently ridiculous. It just is. There is no element of the filmmaking business that isn't stupid as hell. You have studios spending hundreds of millions of dollars on adaptations of 1930s radio serials. You have actors who talk about artistic integrity while promoting their animated guinea pig movie. You have audiences who actually hand over their hard-earned cash to see Adam Sandler in Grown Ups 2, a film which – if it isn't some elaborate sting engineered in order to separate morons from their money – is just a sick fucking joke.


Take the trailer voiceover industry, for example. I'll wager you haven't really given it all that much thought before. It's just some guy with a throaty voice growling into a microphone in a cupboard somewhere, right? Well, you're not incorrect, but like any position in showbusiness, there's fierce competition for work – and the highly ridiculous concept of duelling 'trailer guys' attempting to out-voiceover each other forms the basis of In A World..., the debut movie from writer/director/star Lake Bell. 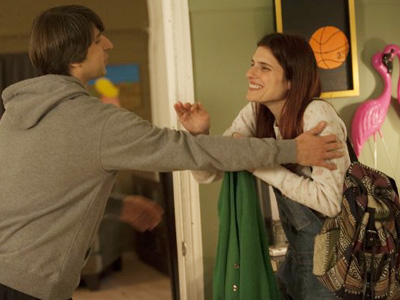 Horseplay at arm's length is the sexiest form of flirtation.


Bell plays Carol, a female voiceover artist trying to claw her way into the business. She's working in shadow of her father, legendary trailer guy Sam Soto (Fred Melamed), a man so large and hirsute he's like a marshmallow someone dropped on the floor. When the trailer is cut for major new franchise The Amazon Games (starring a famous face too fun to spoil), the opening line "In a world…" – made famous by voiceover legend Don 'Thunder Throat' LaFontaine – is brought back as a gimmick. Cue father and daughter pitting their vocal chords against one another to land the gig as Carol attempts to pinprick the pomposity of the industry's patriarchy.

Though it might sound like the set-up for a Christopher Guest movie, In A World… has more to offer than its sole comedic concept. As well as her odyssey to become the first famous female voiceover artist, Carol juggles her work life with her love life (going on a series of extremely cute dates with stand-up comedian Demetri Martin) and her family issues (sister Michaela Watkins has marital problems with hubby Rob Corddry). Far from sweetness and light throughout, In A World… features a number of emotional showdowns that showcase the depth in Bell's cast of characters – only cameos Nick Offerman and Tig Notaro exist solely to make jokes. 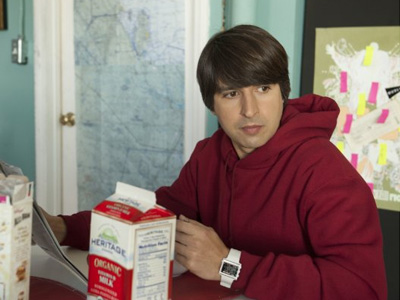 
If you've seen her work in Childrens Hospital, you'll know Bell knows funny best, and In A World… is frequently hilarious, not just in throwaway one-liners (of which there are many) but in acutely observed moments of awkwardness too (witness Bell's make-out session with rival VO Ken Marino and cringe). It's a film that has something important to say about a woman's place in the movie industry, but In A World… is a comedy first and foremost, and one that succeeds in making Hollywood look exactly as ridiculous as it actually is.

More:  In A World  Lake Bell  Fred Melamed  Ken Marino  Rob Corddry  Demetri Martin  Nick Offerman
Follow us on Twitter @The_Shiznit for more fun features, film reviews and occasional commentary on what the best type of crisps are.
We are using Patreon to cover our hosting fees. So please consider chucking a few digital pennies our way by clicking on this link. Thanks!