Let me get this out of the way upfront: I have never read the Jack Reacher novels. I have no feelings towards the character whatsoever and have no preconceptions as to how tall, short, fat, thin or fully abled he should be. Stick Danny DeVito in the role for all I care. Sod it, let War Horse play the character – just give me guns and fights and car chases. So, while I can’t speak for any fans of Lee Child’s novels, I’m pleased to say that, when judged on its own terms at least, this movie is quite a lot of fun.


Anticipation may be high among those in the know, but, for the rest of us, expectations have been based almost purely on the trailers. Trailers which, it is fair to say, have just looked like another generic Tom Cruise actioner. But while the film does revel in the kind of eye-rolling cliché that always comes with this kind of man-on-a-mission territory, there is one important difference that makes up for all of it: it doesn’t take itself too seriously.

After a nerve-wringing first scene, Jack Reacher is immediately introduced as a Man Who Gets Things Done. A brief read-through of his background is all the explanation you get for the fact that he is an expert investigator, a formidable fighter, crack shot and brilliant strategist. He’s Sherlock, Bond and Ethan Hunt all in one and he travels from town to town righting wrongs and bringing justice to those who need it. Frankly, he’s ridiculous. 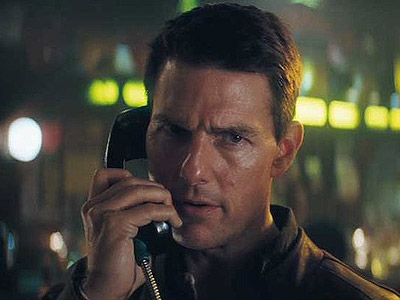 "Why yes, this IS Mr. Awesome speaking."

But this film knows it. Reacher may spout vague proclamations like “I’m not a hero – I’m a drifter with nothing to lose”, but the film sends up action hero tropes as much as it champions them. An unnecessary shirtless scene is lampshaded, Reacher’s success at a shooting range is met with cynicism and he is even apologetically effortless in one particular fight. So, far from being po-faced, Cruise’s familiar charm and charisma let us all know that he’s in on the joke too. The only problem is, it’s difficult to see how this character is anyone other than just ‘another Tom Cruise character’. In which case, Reacher fans may be in for considerable disappointment.

Still, while the film frequently throws up the odd frivolous moment – such as Reacher repeatedly headbutting a man with another person’s head – it’s good to see that great care and attention has gone into the standard action traditions too. Chief of these is an exhilarating car chase filled with heart-skipping mini-collisions rather than neat, slick stunts. And as Cruise continues to maximise his insurance premium by performing his own dangerous scenes, the chase is all the more thrilling thanks to sweeping zooms of the little risk-taker behind the wheel. 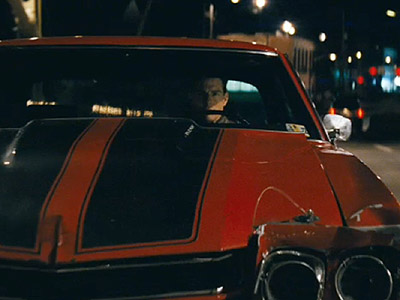 Even if you can't see the two phonebooks he has to sit on to look over the dashboard.

Co-star Rosamund Pike provides good (if predictable) love interest, but the standout supporting roles come in the form of Robert Duvall’s stubborn old shooter and Werner Herzog’s excellently camp villain. The latter, with a misty eye, sinister accent and stomach-churning story about his lack of fingers, is just another delicious addition to the film’s over-the-top conditions.

With a fast-paced plot and deadly action, there is, however, the sense that a higher certification would suit the harder edge that this film so desperately pretends to have. The fights are brutal and the kills are cold-blooded, but with just the one F-bomb and a scarce sight of any blood, it’s hard not to think that Cruise’s attachment to the role has dumbed down a movie that would fare better with a bit more grit and guts.

Overall though, it’s hugely entertaining, gripping and – even in its familiar context – still somehow refreshing. And it manages all of that despite the 10-inch shortage.

More:  Jack Reacher  Tom Cruise  Rosamund Pike  Christopher McQuarrie
Follow us on Twitter @The_Shiznit for more fun features, film reviews and occasional commentary on what the best type of crisps are.
We are using Patreon to cover our hosting fees. So please consider chucking a few digital pennies our way by clicking on this link. Thanks!