Kill List is just the kind of low-budget indie horror that manages to market itself brilliantly purely by virtue of being a low-budget indie horror. The sparing ads reveal nothing other than spooky woods and five-star ratings; the posters lay out an assortment of weapons but offer no context; the trailers reveal nothing but a British gangster movie with a possible sting in the tail. "They're bad people," growls Neil Maskell's hitman, Jay, gazing into a burning fire. "They deserve to suffer." And that's your lot. All you know is that it definitely isn't a romantic comedy, and that the chances of a Rupert Grint cameo are pretty slim.


In Kill List's case, the old cliché is true: the less you know, the better it is. On paper, Kill List is a gangster movie – the hoary old 'one last job' plot with echoes of buddy comedy and flashes of the old ultraviolence. But in reality, it's so much more than that. Without spoiling the devilish last act derailment, Kill List dares to delve deeper into the psyche than any other British horror movie I can remember. It goes to such dark places, you'll be gasping for light come its bugfuck insane finale.

A deceptively simple story outline – hitman returns for one last job after botched 'incident', must rub out three names on kill list – is beefed up and grounded in gritty reality courtesy of Neil Maskell, who plays part-time assassin Jay. A family man who's been out of the game for eight months since "Kiev", he's enticed back to business by professional partner and best mate Gal (Michael Smiley of 'stop calling me fucking Tyres' fame) on the promise of good money and family security. All it takes is three names, three bullets, and he can afford to fix his jacuzzi. Kills pay the bills. 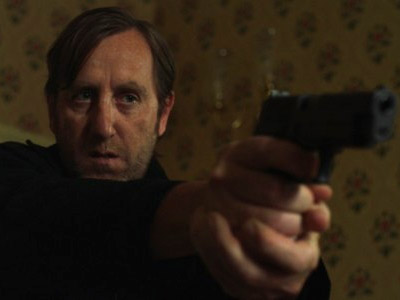 
Director Ben Wheatley, on only his second feature film, paces the movie's first half expertly. Maskell and his screen wife MyAnna Buring share a volatile but believable chemistry, meaning when Jay ventures out 'on the road', the stakes are high and the threat is real. Smiley makes for a fine comic foil, frequently puncturing the more tense scenes with a quip and a crooked smile. Gal and Jay's bond is largely unspoken, played out via grunted conversations and boyish fist-fights, but their relationship is so naturalistic, you're desperate for them to pull off the job. You almost believe they will.

But as the movie gets progressively seedier and the hits – and the hitmen – get more and more unhinged, Kill List begins a slow, unstoppable tailslide into insanity. The clues are there if you want them – a strange symbol here, a familiar face there, anonymous employers and unexplored back-stories a-plenty. The violence, which starts off minimal and clinical, soon erupts into gushing fountains of gore. Characters cling to what little remnants of normalcy they have left. And it's all absolutely fascinating to watch unfold. 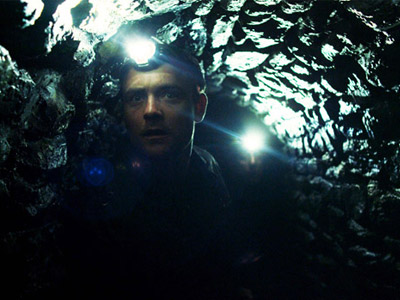 
This is horror how it should be: unpredictable, uneasy and, at times, almost unbearable. Kill List's is a world where nasty men live just around the corner; where librarians hide unspeakable secrets; where hired killers brunch in hotel restaurants between hits. Wheatley pulls no punches, whether it's by upturning scenes of domestic sanctity or dishing out bloody revenge on the "bad people" who "deserve to suffer". You will flinch. You will be freaked out. You'll even laugh – thankfully, Wheatley and co-writer Amy Jump recognise that even the darkest moments can be illuminated with a well-timed one-liner. Enjoy them: the smiles turn into pained grimaces before long.

Kill List is bravura filmmaking – an impeccable guide on how to build tension and character without sacrificing story. The cast are magnificent, the score is a nerve-shredder, while the plot doesn't dare give too much away too soon: it's an ending worth waiting for and one that'll ink itself permanently in your memories. It's the best British horror film I've seen in years, so go and see it immediately... just don't read this review beforehand. Sorry.

More:  Kill List  Ben Wheatley  Michael Smiley  Neil Maskell  MyAnna Buring
Follow us on Twitter @The_Shiznit for more fun features, film reviews and occasional commentary on what the best type of crisps are.
We are using Patreon to cover our hosting fees. So please consider chucking a few digital pennies our way by clicking on this link. Thanks!