I like R-Pattz and I cannot lie. And you other brothers can’t deny that since he first sparkled on our screens, he’s done a good job of distancing himself from that tweenage vampire movie. Here in the latest feature from the Safdie brothers, Robert Pattinson is the best he’s ever been (don’t @ me), another stop on his impressive redemption tour to get as far away from Edward Cullen as possible. He’s made audacious choices at the best of times, and mainly beardy ones at that, but Good Time will show everyone that I was right all along and that Pattinson is as versatile an actor as he is fearless. I am always right about these things.


Set in a distinctly non-touristy NYC, directors Josh and Benny Safdie take us into the neon-drenched backstreets, following stubbly and nervy-eyed Constantine "Connie" Nikas (Pattinson). Connie may be a small-time criminal, but he has a heart of gold, determined to care for his mentally challenged younger brother Nick (a further remarkable performance by co-director Benny Safdie). In a misguided attempt to better their situation, Connie drags Nick along to a bank heist, only for events to go awry and for Nick to become incarcerated. Connie’s attempts to raise bail, and his subsequent plans to bust out his brother plunge him and us headfirst into one crazy night. 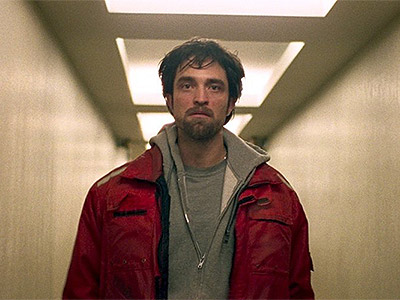 
From the robbery onwards, the pace never lets up. Almost every shot is in extreme close-up, adding to the sense of claustrophobia and the manic obsessive drive of Connie. As the stakes get progressively higher, the direction gets more migraine inducing, with more hand-held camerawork and darkly beautiful scenes that drive deep into your skull and stay there. Meanwhile, an impressive electronic score underlines the direction and cinematography and will definitely jostle for position alongside The Guest and Drive in your LP collection.

Overall, the Safdie’s approach to directing will inevitably draw comparisons to the likes of Scorsese and Sidney Lumet’s Dog Day Afternoon, but there’s great skill and talent here that will surely launch the duo on to bigger things to make a name in their own right. 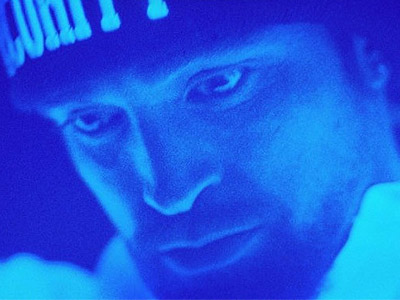 The Avatar homage is a bit much though.


Although the film is breathlessly paced, it slows down at the right times to allow for characterisation. Pattinson inhabits Connie almost completely, managing to be both charismatic and sleazy. He’s a smart guy but gives no thought as to what’s going to happen next, his reckless nature leading to a superb twist in the second act. Newcomers Buddy Duress and Taliah Webster also put in realistic performances as a fellow crim and innocent young girl who become absorbed into Connie’s dubious odyssey.

The only let down is the criminal underuse of Jennifer Jason Leigh as Connie’s put upon girlfriend Corey who brings an unexpected amount of comic relief, but even a deliberately flat ending escapes criticism, highlighting the brutal naturalism of the piece. The Safdies are following the old adage of always leave them wanting more, which is exactly what you want after a Good Time.

More:  Good Time  Robert Pattinson  Jennifer Jason Leigh  Twilight
Follow us on Twitter @The_Shiznit for more fun features, film reviews and occasional commentary on what the best type of crisps are.
We are using Patreon to cover our hosting fees. So please consider chucking a few digital pennies our way by clicking on this link. Thanks!