You can approach Limitless in one of two ways. Treat it like a psychological, drug-fuelled thriller, or be immature and look at it as the most sensible, subdued superhero film going. No surprises for guessing how I chose to take it...


Granted, having a four-figure IQ, gained confidence, being a maths whizz, able to fluently speak most languages and patronise most people around you isn't the greatest of super powers. And 'Enhanced Eddie' isn't the most exciting of names. But, with a bit of work, Eddie Morra (Bradley Cooper) is surely only a dry cool catchphrase and a cape away from full-on superhero.

Struggling with a bad case of writer's block, unable to get his novel off the ground, our (super) hero Eddie takes an experimental drug, enabling him to unlock the 80% of his brain that's usually out of bounds. Quickly, he becomes cultured, clever, and worldly with a new lease of life - the perfect version of himself. But it's not long until the drug takes control, people start talking and Eddie finds himself pursued by various dodgy types. 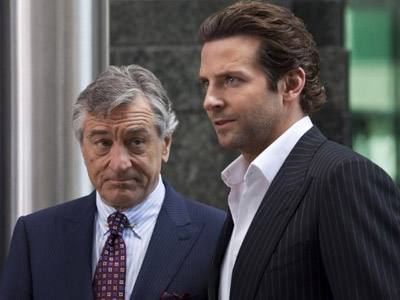 Also it unlocks the part of the brain responsible for getting a haircut.


Shot and edited as if it was a Danny Boyle film with head-spinning, disorientating effects, and boasting Sorkin-esque sharp, snappy dialogue, this is a very cool, vibrant and fast-paced movie with an emphatic soundtrack and fancy camerawork.

The film's narration - told from Eddie's point of view - is a potentially interesting narrative device, but it quickly begins to sound like a DVD commentary, with Eddie patronisingly pointing out the obvious, just in case we're a bit lost. "The pocket was empty," says Eddie, looking into an empty pocket. Thanks for that, boss.

Limitless just about gets away with its first-person storytelling thanks to the charismatic Bradley Cooper. Carrying the film with ease, he never once comes across the arrogant arsehole. He's always likable, even relatable - he's an everyman, and when you're supposed to be the cleverest guy in the room, that's no easy task. Moreso when you consider Shia LaBeouf just missed out on the role. 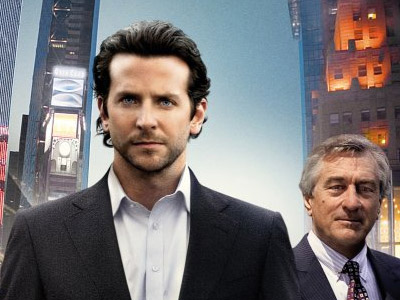 
Abbie Cornish, however, is wasted as the love interest. n fact, she's kind of a bitch. She dumps Eddie when he's struggling with his book but is quick to jump back in his bed when he's successful, has money in the bank and fine suits in his closet. It says a lot when Anna Friel's three-minute cameo is more memorable than Cornish's entire role. Robert De Niro comes across more as a suspicious father than a high-flying stock broker.

Despite an abrupt ending, which leave a couple of plot holes wide open, Limitless is still a slick movie that's one hell of a good trip. If you're going to see any film this weekend where a child in ice skates is used as a weapon, make sure it's this one.

More:  Limitless  Bradley Cooper  Robert De Niro  Neil Burger
Follow us on Twitter @The_Shiznit for more fun features, film reviews and occasional commentary on what the best type of crisps are.
We are using Patreon to cover our hosting fees. So please consider chucking a few digital pennies our way by clicking on this link. Thanks!