Malcolm in the Middle: The Complete First Season DVD

You fools. You had no idea of the sharp, biting allegory at the heart of Malcolm in the Middle, did you? No, thought not. Lucky you've got me around.


If I didn't know better, I'd swear Malcolm in the Middle was an allegory for Buddhism. It's based on the fundamental premise that life is suffering ("Life is unfaaaiir ..."), and it documents Malcolm's attempts to practise and attain a state of mindfulness, higher wisdom and discernment, while all around him is chaos. Ha! And they said a media studies degree would be useless.

It ran for six years without my ever paying a lot of attention to it, having prejudged it as a straight-ahead family comedy. While any type of prejudice is obviously healthy and to be encouraged, I was only half-right, as it turns out.

Yes, it's based on a familiar setup, wherein young Malcolm (Frankie Muniz) is the only normal member of his family. His mother is overworked and comically strict, dad Hal (Bryan Cranston) is oblivious to anything going on around him, and his three brothers raise all manner of hell. Throughout it Malcolm narrates and often airs his frustrations direct to camera, our lone voice of sanity amid the pandemonium. You know, like a Buddhist would. Stick with this. 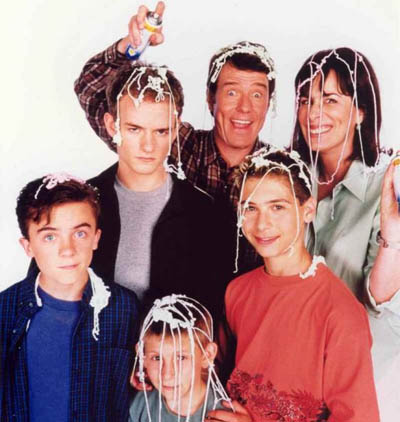 So yes, it's familiar. But it avoids the usual after-school-special morality of family comedy. Malcolm generally strives to do the right thing, but he's not always punished when he does something wrong or rewarded for doing something right. Hal and Lois's parenting is often wrong-headed or a bluff. The kids do dangerous things and come away unscathed; even when they end up injured there's no finger-wagging aimed at the parents.

In this sense it inhabits a similar world to Scrubs, in which the constant madcap surrealism buffers any sense of safety or the consequences of characters' actions. But is it funny? Yes, albeit without that many laugh-out-loud moments, for me. Just like Buddhism.

More:  Malcolm In The Middle  Bryan Cranston  Frankie Muniz
Follow us on Twitter @The_Shiznit for more fun features, film reviews and occasional commentary on what the best type of crisps are.
We are using Patreon to cover our hosting fees. So please consider chucking a few digital pennies our way by clicking on this link. Thanks!