Just as Rob is now The Shiznit's go-to guy for dance movies, it seems I've somehow become the de facto horror critic around here. An unwise editorial decision at best: I'd only seen about six horror films before, and two of them were Ghostbusters in different aspect ratios. Here's a thing I've learned, though: there is a Spanish man called Guillermo del Toro who sneaks into edit bays and shoves his name in at the start of other people's films. But he seems to know his Spanish onions: Mama, the latest film he has credits-bombed, is pretty much triumphant from start to finish.


Here's what I like in a horror film: a concerted effort to unsettle me rather than just make me jump. A good concept grounded in real-world trauma is important, which is why Mama grabbed me so effectively from the start. Abandoned in the woods as children, two sisters are found five years later, dirty, feral, their hair full of twigs. They talk only of 'Mama', whom the psychologists assume to be an imaginary protector they invented as a coping mechanism. But after they're taken in by their uncle Lucas (Nikolaj Coster-Waldau) and his girlfriend Annabel (Jessica Chastain), it soon becomes clear that Mama's not too keen to let them go. 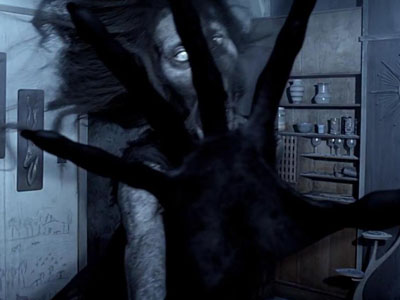 Mama, in a very real sense, just killed a man.

Though you wouldn't say it subverted the genre in any meaningful way, Mama side-steps your expectations to some degree. Where you think you're in killer-kids Children Of The Corn territory (that was one of the six), it uses the child characters more as harbingers of the likely terrors to come than as antagonists in their own right. Both child actors are convincingly primal, with horrible, spider-like scuttling movements and identikit dead-eyed stares.

Director Andrés Muschietti understands and articulates the standard horror peaks, troughs and false starts, and the cinematography is satisfyingly bleak; all washed-out browns and greys. But the real beating heart of the whole thing is the excellent Jessica Chastain, which will come as no great surprise in a week that could see her pick up the Best Actress Oscar for Zero Dark Thirty. 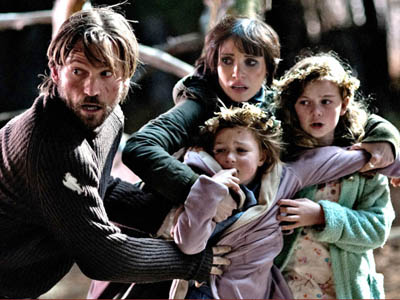 "Get away from us! You bummed your sister in Game of Thrones!"

In a genre where women are all too often just expected to run, scream and get naked, here's a female lead with a different arc. Annabel's not the type that scares easily, and we're also spared the usual jive about the cracks in her relationship beginning to show as the ghostly goings-on start up. Lucas is absent for much of the second act, leaving her journey to begin to care for and protect the kids to take centre stage. Annabel's character is the sort of archetype traditionally painted as immature (she's the bass player in a band and doesn't seem to have a steady job), but she subverts this through being defiantly responsible and loving, even though childcare isn't what she signed up for.

Away from this week's Oscar buzz, here's a reminder that a good actor can be quietly brilliant even in a genre where performances tend to be overlooked in favour of mood or spectacle. Yes, Mama delivers where both of these are concerned, nervy and menacing throughout, even before the slightly overblown CGI towards its climax, but its real achievement is in a lead role worthy of its actress, and you can't say that about a lot of horror films. Not that I would know this, having only seen six others.

More:  Mama  Jessica Chastain  Guillermo Del Toro  Horror
Follow us on Twitter @The_Shiznit for more fun features, film reviews and occasional commentary on what the best type of crisps are.
We are using Patreon to cover our hosting fees. So please consider chucking a few digital pennies our way by clicking on this link. Thanks!