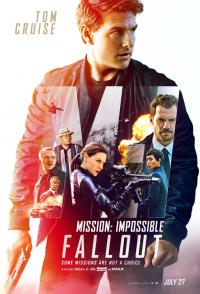 Forget the rubber masks and the death-defying stunts: the Mission: Impossible movies' true gimmick is its insistence on hiring a different director for each outing, building a franchise that feels fresh and flavourful with every new installment. Fallout, however, is unique in that it marks the return of Rogue Nation director Chris McQuarrie, the first man to have a second go on Ethan Hunt. The results speak for themselves: what the series' first true sequel trades off in originality, it more than makes up for in dramatic tension and sky high stakes. Rooted deep within the franchise and connecting back to every other M:I movie, Fallout still feels uncomplicated and unbothered by baggage collected over 22 years. It's the most effective execution of the Mission: Impossible formula so far - a heady mix of humour, action and adventure, distilled to its purest form.


I'd say Tom Cruise makes even the most impossible of missions look easy, but that'd be easily refutable - the evidence is all there up on screen. Fallout features an embarrassment of action sequences, chase scenes and palm-sweating stunts, and Cruise is the epicentre of each one, pumping his little arms and legs frantically like a shark who'll die if he stops swimming. There is going above the call of duty, and then there is Tom Cruise making a Mission: Impossible movie - the level of dedication evident in Fallout is truly awe-inspiring to behold. It's insane to think that 12 years ago, post M:I-3, Cruise's professionalism was called into question: now, showing no signs of fatigue at age 56, he's jumping out of planes and shimmying up helicopters, while his mooted series replacement Jeremy Renner was deemed as surplus to the franchise's requirements as Cruise's unemployed stuntman. Mission: Impossible is Ethan Hunt is Tom Cruise - there is no question he is the last remaining bona fide movie star: a one-man carnival of entertainment. 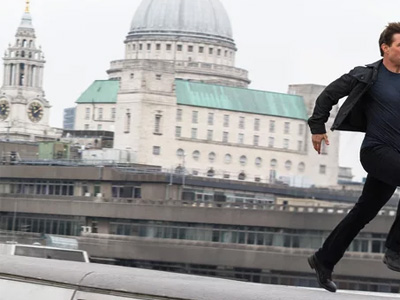 
McQuarrie doesn't give you time to wonder what a different director could have done. Fallout is two and a half hours long but you'll have to peel yourself off your seat when it's over; it's a film that moves with breakneck urgency at all times. Apart from one slightly saggy ‘spy school' mid-section, featuring double crosses, triple crosses, mask reveals and fake outs, the movie is expertly paced, singularly focused and pleasingly well plotted, traversing the globe without ever feeling like it's taking a vacation.

"
"
Henry Cavill is a tank with a moustache; his fight scenes are so brutal they'll make your balls retreat into your body
McQuarrie also clearly listened to criticisms of Rogue Nation, because Fallout subverts the tropes that M:I-5 relied on: it cleverly preys on our attachments to long standing characters and (*Kittridge voice*) squeezes those pressure points. The director is smart enough to know that misdirection is a valuable tool in the filmmaker's arsenal, so just when you think Fallout is shaping to walk the same path as its predecessor, a clever rug pull keeps proceedings from becoming predictable.

A second bite of the apple really allows McQuarrie to course-correct the issues of Rogue Nation and beyond. Not only do we finally have a returning female character in Rebecca Ferguson's Ilsa - easily Cruise's equal in action, if not screen time, and now without any crude leg drools or bikini shots - but we have a proper antagonist in Henry Cavill too. The last three M:I movies have failed to give Ethan Hunt an effective physical foil: Sean Harris, Michael Nyqvist and Philip Seymour Hoffman are fine actors but all look like they'd lose a fight with a cobweb. Henry Cavill, on the other hand, is a tank with a moustache; his fight scenes are so brutal they'll make your balls retreat into your body. The hammer to Ethan Hunt's scalpel, Cavill's Agent Walker is a thirst trap first and a villain second. "Call sanitation" he radios in, after literally wiping the bathroom floor with an opponent. Yeah, send sanitation to my PANTIES, right girls? 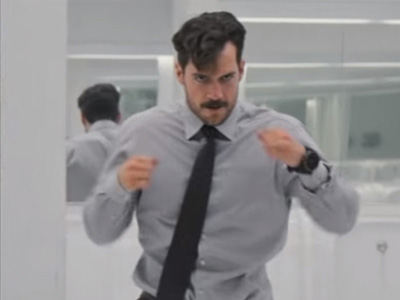 Oh sure, but when I wear a grey shirt to school I'm a loser WHAT ARE THE RULES


Rogue Nation faltered due to an on-the-fly ending written after production had begun; with Fallout, it's like McQuarrie and crew worked backwards from their final, glorious set-piece - a breathtaking helicopter pursuit, shot in jaw-dropping IMAX. There's lots going on here, with concurrent story threads on the ground and in their air, but threaded throughout the scenes are character moments that elevate the action. Ethan Hunt has that fantastic, Indiana Jones-style fallibility of just riffing, in this case literally out on a wing and a prayer; he's the kind of guy that knows with absolute certainty that he must intercept a rogue chopper by climbing up its rope mid-flight, but only worries that he doesn't know how to fly a helicopter once he's chucked the pilot out the window.

Character quirks like this are the reason the finale is so taut: ostensibly, two guys fighting over a Macguffin on a sheer cliff edge is as cliché as it gets, but I literally gasped - gasped! - at how effectively it all comes together. It's tied in a neat little bow with another rousing version of that iconic Lalo Schifrin theme song, surely the most exciting piece of music ever put to paper, so conducive to high drama, so perfectly suited to a movie that shares its same pulse-pounding rhythm and urgency. Endlessly exciting, smart, funny and focused, Fallout isn't just the best Mission: Impossible movie in the series, it's about as good as action movies get, period. The mission, should Cruise and McQuarrie choose to accept it, is figuring out how they could ever possibly top it.

Additional observations:
- The scene where Ethan and Ilsa meet in the Paris courtyard is played perfectly. You can tell that McQuarrie just stripped out any unnecessary dialogue and relied on the body language of Cruise and Ferguson. It's very effective.
- Alec Baldwin gets some major wish fulfilment in this movie when he gets to pick up a gun. It all feels a bit like keeping a precocious child prince happy.
- The Cavill moustache is absolutely necessary.
- I really appreciated how Luther was worked into this movie. He feels integral to the plot without ever really playing a big part. Ving Rhames isn't exactly the physical presence he once was and he's probably never going to feature in another action scene where he has to run more than three paces, but I'm glad he's here, even if, as Matt reminded me, Luther basically performs the exact same function on the team as Benji.
- I don't think Cruise gets to say the word "abort" in this one, in that weird froggy way he usually does. I might be wrong.