Halfway through Parker, Jason Statham looks lovingly at a dog. It's quite possibly the best thing he's ever done; not because he then proceeds to engage it in a highly ludicrous fight scene as you might expect, but because it shows he has a sense of humour. Self-awareness might be the last piece of the package that makes Jason Statham a bona fide film star, because in Parker, he displays presence, charm and wit, as well as the pre-requisite EXTREME DEADLINESS. George Clooney might be able to kill a tuxedo, but I doubt he'd be able to kill a man with some Blu-tac and a couple of egg boxes.


Parker is a cut above the usual Statham fare: we're so used to chowing down on Tesco Value action, it's an unexpected delight when we're served a gourmet meal - or if not gourmet cuisine, at least Tesco Finest delights. Director Taylor Hackford - Mr Helen Mirren, if that means anything to you - is clearly aiming for a slinky, sexy, Soderbergh-esque feel, and while Parker doesn't really come all that close to the likes of Out Of Sight in terms of style or substance, it almost matches it for confidence. This is Statham at the top of his game, enjoying himself with richer dialogue and a more satisfying narrative than he's used to. 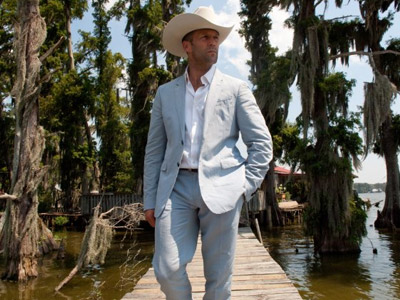 Also a more satisfying hat than he's used to.


The set-up is pretty generic, as these things go. Statham is Parker, a career robber with a heart of gold ("I don't steal from anyone who can't afford it and don't hurt anyone who doesn't deserve it," he bleats, as he robs a FAIRGROUND) who is left for not-quite-dead by his partners in crime, none of which have obviously never seen a Jason Statham movie. Plotting revenge, Parker follows his killers to Florida, where he recruits the help of Jennifer Lopez' real estate agent Leslie to track them down.

The opening act in Ohio is nothing special. Statham smoulders. Head asshole criminal Michael Chiklis is big and threatening. Nick Nolte plays a sort of handler who turns up, coughs a big ball of phlegm at the screen, then leaves. It's only when the action moves to Florida and Lopez' sparky realtor enters the fray that Parker perks up and develops a strut. In truth, it does nothing that a dozen other heist movies has done before, but it's slick, refined and so polished you can damn near make out your reflection on Statham's forehead.

Dialogue ranges from zippy one-liners ("I don't drink coffee after 7," says Parker, after being asked how he sleeps) to cringeworthy gags ("It's large and black, where do you think I like it?" says Lopez, after being asked where she'll put her coffee - there are lots of coffee jokes, apparently), but the script always throws up plenty of surprises. It's positively flush with badass Stathamisms, none better than the threat of "the posthumous humiliation of being killed by a chair." 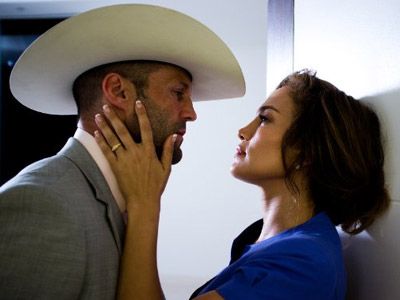 
Statham and Lopez share an easy chemistry, and although the movie's insistence on keeping them at romantic arms' length is smart in a genre dead set on pairing up the most attractive man and woman no matter the situation, it does feel like an unnecessary adherence to the book - particularly because Statham's character's girlfriend is such a non-entity. Refreshingly, Lopez' character is given way more to do than suffer mild peril, although the gratuitous butt shots do somewhat moon in the face of the movie's high Bechdel results.

Sexy when it's trying to be sexy, cool when it's trying to be cool and admirably bloody when it gets its hands dirty, Parker might not an ambitious action movie but it is a very solid one, whose lofty genre influences put a spring in its step. It's comfortably Jason Statham's best leading role to date, and besides, it's impossible to dislike a movie in which The Stath gives a dog a cuddle. Oh, and that look? It's exactly like Joey in the picture below. 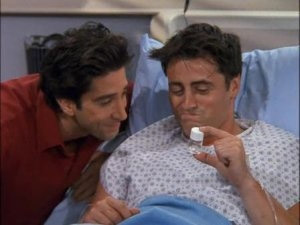 More:  Parker  Taylor Hackford  Jason Statham  Jennifer Lopez  Nick Nolte
Follow us on Twitter @The_Shiznit for more fun features, film reviews and occasional commentary on what the best type of crisps are.
We are using Patreon to cover our hosting fees. So please consider chucking a few digital pennies our way by clicking on this link. Thanks!