The assassination of John F. Kennedy on November 22nd 1963 is still a source of huge debate. As the 50th anniversary approaches, investigative journalist-turned director Peter Landesman cares not for conspiracy theories, second gunmen, magic bullets, grassy knolls or book depositories. Instead, he's just happy to brag about how much more he knows about JFK than we do.


Coming off the back of a successful career at The New York Times, you'd assume the first-time writer/director meticulously checked and checked again every fine detail of what happened during the event and the days that followed. And it's clear that he has certainly done his homework.

Parkland plays out like an exercise for Landesman to proudly reel off trivia about the JFK assassination that we might not have otherwise known. Did you know the same doctors who tried to save JFK's life were responsible for trying to revive Lee Harvey Oswald just two days later? Ever hear about the scuffle The Secret Service had with the Dallas Police Department over the possession of the body? How about the fact they had to frantically remove a row of seats and tear down an inner wall of Air Force One to get the coffin in? Landesman seems more preoccupied to shoehorn in his four years' worth of findings rather than actually tell an engaging story. 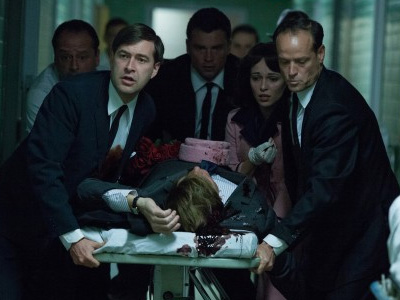 JFK died, even with Superman as his Secret Service agent.


Like Emilio Estevez's 2006 film Bobby, this film tells the story from multiple perspectives, studying those immediately involved: doctors, nurses, the FBI, the Secret Service, the police, the amateur cameraman Abraham Zapruder (Paul Giamatti), and even Lee Harvey Oswald's mother (Jacki Weaver) and brother (James Badge Dale). There's no place for Oliver Stone-like conspiracy theories here; instead, Landesman keeps it simple, sticks to the facts and focuses on the immediate aftermath. As a result, it serves as a soft, uncontroversial antidote to Oliver Stone's JFK – albeit a response some 22 years later.

With an impressive ensemble cast - perhaps seduced more by the subject matter than the script – many of the stars are left to jostle for screen time. The constant flow of familiar faces becomes distracting as you're left wondering where you recognise them from. Meanwhile, the likes of Billy Bob Thornton, playing Secret Service Agent Forrest Sorrels spends most of his time yelling "THIS SHOULDN'T HAVE HAPPENED!" 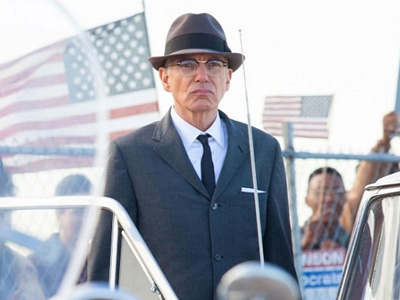 
In a busy line-up, James Badge Dale and Paul Giamatti have the most to do. Playing Robert Oswald, Badge Dale has the biggest character arc as Lee Harvey's shocked brother. One scene where he asks a group of prying journalists to help carry his brother's coffin is especially heart-wrenching. Had the film been brave enough to tell the story from the point of view of the Oswalds, maybe you'd see a fourth star up top. As the amateur cameraman Abraham Zapruder, who captured the entire event and became the owner of the most studied piece of film in history, Giamatti conveys the right mix of emotion and hysteria.

But this is Peter Landesman's first film, and it shows. The cast do the best with what they've got but they're working from a one-dimensional script crammed with dialogue that feels forced, unnatural and over-the-top. And worst of all, the pace is all over the place. While the day of the shooting takes up the bulk of the film, the following three days feel like an afterthought. Almost moulding into one, the result feels rushed, making it appear Lee Harvey Oswald was shot, died and buried all on the same day.

Parkland is a powerful, extremely ambitious, well-researched debut film, and does a solid job of not getting bogged down in conspiracies. But it can't shake that feeling of a made-for-TV drama made to cash in on the fiftieth anniversary. There's a definitive JFK assassination film somewhere, but this isn't it.