Person of Interest: season one – first half

Here's a show that's been on for weeks and we haven't mentioned. Now it's off again till January. Ideal time for a review, I'd have thought. PRs take note: send me a DVD and I'll review it some time around it hitting the shelves in Oxfam.


It can't be easy, coming up with new ways to write about crooks shooting each other in the face and cops figuring out who did it. That central conceit comprises about 60% of all TV drama. CSI, NCIS, Law and Order SVU: it's all there on Channel 5, every night without fail. All of this is fairly commonplace, which is not to say it has no worth: it's entertaining, generally well made, and provides a steady stream of work for jobbing American actors, like Casualty or The Bill over here.

Person of Interest might have slipped easily below the surface of this generic quicksand, were it not for the star names on its executive producer credits: Lost creator JJ Abrams and Dark Knight trilogy co-writer Jonathan Nolan. The involvement of either suggests something you want to try out, at the very least. 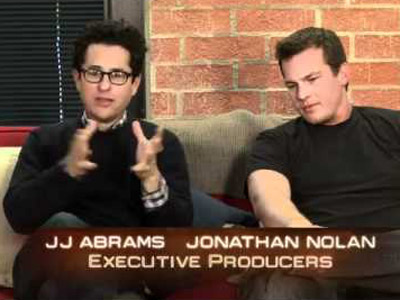 Geek teaches jock how to pass exams; jock teaches geek how to fight and get girls. Somewhere there's an 80s high school movie missing a cast.

Start to watch it and you can immediately tell it's a cut above your CSIs. The slick introduction, setting up John Reese, shows you straight away it's more interested in character than it is procedure. He's an ex-CIA type who's presumed dead until he's tracked down by mysterious rich guy Finch.
Finch built The Machine, a surveillance device capable of identifying people who will shortly commit or be victims of a serious crime. The government, interested only in terrorism post-9/11, considers the crimes it predicts too trivial, and rejects it. Finch branches out on his own and enlists Reese to find the people The Machine identifies and prevent the crimes.

There are two main points of interest here. First is that the show's creator Jonathan Nolan co-wrote The Dark Knight, in which there is a machine that uses Gotham citizens' phones to create a sonar image of the entire city. It was pretty much a throwaway plot device in the film's third act, but you get the impression he thought there was more to be mined from it, given that the same sort of machine concept forms the entire basis of Person of Interest. The show is more interested in the moral questions behind mass surveillance too, which the film didn't have time to explore, beyond Lucius Fox getting a bit huffy about it. 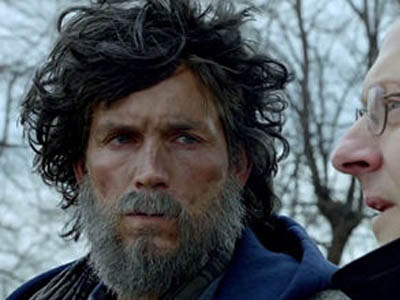 Second is that we're on different territory here than we are in most TV crime drama, because of the central idea of preventing crimes, rather than solving them. This lends it an extra urgency, because there's nearly always a race against time for Reese to figure out whether the person of interest is the perpetrator or the victim: we don't dick about in laboratories enduring wisecracks from a sardonic forensics guy. This has an extra relevance in a post-9/11 world, in which we read reports of sleeper cells being busted and attacks averted, but have no idea these operations are going on until they've happened. A show like Person of Interest, just as does Homeland, lets us in on a process we don't get to see even with 24-hour rolling news.

There are a few nagging flaws, such as 'expert in covert operations' Reese wearing a suit all the time in neighbourhoods where it makes him stand out, and standing on rooftops in plain sight taking pictures of people through their windows. The origin of The Machine is unexplained, too, probably because there's no plausible science that could explain it. I spent the first few episodes presuming it was a secret they'd build up and then reveal, then realised they weren't going to. I'll get over it.

Channel 5 having seemingly bought the rights to the mid-season break as well as the actual episodes, there's no more Person of Interest till January. And it's not even on Demand 5 any more, making this review comically mistimed and wholly without context. But why not keep these words in your mind, then wait until the new year and watch it? Or just ignore me, whatever.

More:  Person Of Interest  Jim Caviezel  Michael Emerson  JJ Abrams  Jonathan Nolan  CBS  Channel 5
Follow us on Twitter @The_Shiznit for more fun features, film reviews and occasional commentary on what the best type of crisps are.
We are using Patreon to cover our hosting fees. So please consider chucking a few digital pennies our way by clicking on this link. Thanks!