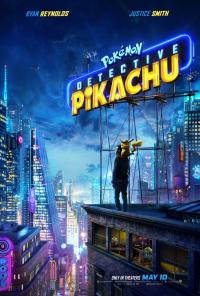 I consider myself to be a passionate fan of many things: Star Wars, Marvel, the smell of fresh sea air on a bright summer morning, denim... all sorts. But I have no interest or investment in Pokémon. I’ve never watched the cartoons, never played with the cards, never walked into open traffic while using my phone to throw a digital ball at a pretend squirrel. And it turns out that Detective Pikachu is not made for people like me. It’s made for fans who will be happy at the sight of a Rainbow Monster, or a Clown Wolf or a Cock Otter or whatever. Disclaimer: the film does actually give the proper names for most of the Pokémon on screen, I just didn’t catch ‘em all.


The plot starts with a giant Shitweasel breaking out of a lab and crashing a car, before jumping forward in time to main character Tim trying to catch a Skullmidget in a park. Tim eventually meets Pikachu (I know this one - he’s on the poster) who is suffering from severe amnesia and together they try to solve the mystery of Tim’s missing father, Pikachu’s detective partner, in a city where people and Pokémon co-habit. The set-up is a bit like that of Who Framed Roger Rabbit? but instead of cartoons, humans live and work with creatures that fire brain lightning or shit out flowers, etc.

If it’s not already clear, along the way, the pair come across many, many different Pokémon. There’s an Arsehound and a Stereogremlin and a Boozebear and a Kill Monkey and a Tongue Commuter and, in one extended fight sequence, a dragon. Some of them are unbelievably adorable and others, including a Mime Hobo, are genuinely funny. On the whole though, it becomes clear that this menagerie showcase is the real focus of the film. The main plot is a bare-bones gumshoe mystery devised entirely as an excuse to take us on an inner-city Pokémon safari. 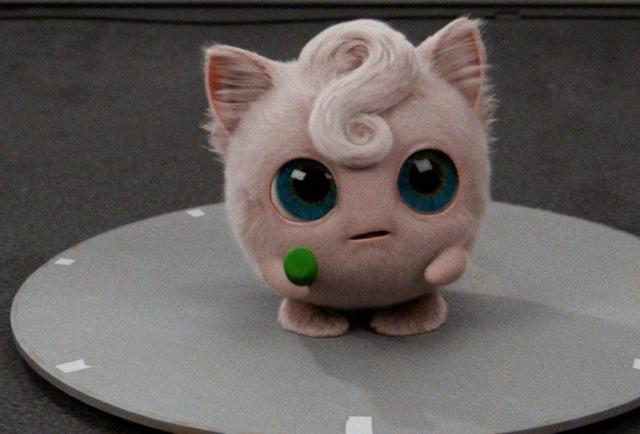 
I imagine the pay-off is huge if you are excited about the prospect of a guided tour exhibiting your favourite childhood collectible monsters, but personally it felt a bit like scrolling through Google Image search results for ‘Nostalgia one generation removed from me’. And while the main mystery of the central story is intriguing, it’s not quite enough to sustain interest in the parade of creatures that lead the way to the answers. The detective noir format works well as a framework to carry the film, but the investigation that ensues isn’t an interesting enough vehicle to take centre stage. After all, no one goes on a safari for the Jeep.

Ryan Reynolds’ voice is at least the perfect tour guide to undercut the inherent suspension of belief required for the set-up. In true family-friendly, PG-Deadpool style, Reynolds’ Pikachu cuts through with enough entertaining commentary to make it seem like the film is on your side whether you’re a Pokéfan or not.


So there we have the crux of the film: mildly or wildly entertaining depending on whether or not you have been fully indoctrinated into the world of Cow Babies and Sprout Turtles and Scrote Pandas and whatnot. Does this objectively make it a good film? I’d argue not, but then I’m always happy to reward a film that delivers fan service when it works in my favour. In this instance though, I hypocritically reserve the right to stand apart from what I see as a herd-like mentality content with being fed a simple delivery system of audience pleasing moments, unlike those three-hour long Avengers movies I love.

So not for me, but as always, when it comes to gratefully chowing down on fan fodder, your silage may vary.

More:  Detective Pikachu  Pokemon  Ryan Reynolds  Justice Smith  Kathryn Newton
Follow us on Twitter @The_Shiznit for more fun features, film reviews and occasional commentary on what the best type of crisps are.
We are using Patreon to cover our hosting fees. So please consider chucking a few digital pennies our way by clicking on this link. Thanks!