Review: Doctor Sleep feels like a lot of work for very little play 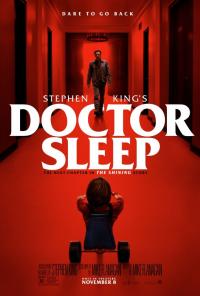 There’s a lot to be said about the context surrounding Doctor Sleep. About the impossibly high benchmark set by The Shining, about the challenge of reconciling Stephen King’s vision and Stanley Kubrick’s execution, and about choosing which source material to honour most. But honestly, ignoring all of that for now, my biggest takeaway from this film is... fuck, it spends a lot of time driving in a car. Every pre-set-piece scene is spent hauling across road for hours and every post-sequence respite is spent hauling back again, usually at night-time, usually while someone is asleep in the passenger seat. I have spent more time in cars while watching this film than I have on actual road trips. It seems Danny Torrance simply swapped one purgatory for another. Come drive with him. Forever... and ever... and ever...


Perhaps these scenes are important because they’re supposed to remind us that someone really does have a hand on the steering wheel here and that the film hasn’t simply been immaculately conceived out of the perfect trifecta threesome of nostalgia, movie credibility and a sudden box office interest in King adaptations. Were it not for a canny marketing campaign that plays on visuals from its film predecessor, you might imagine that this follow-up simply manifested out of the weird energy surrounding it, like an old, rotten hag clambering out of the bath to stagger naked into cinemas and put everyone off their cheesy nachos.

The trailers and posters, as enticing as they are, still highlight an inherent problem with the film though. Just as Jack Torrance wrestled with external forces manipulating his own personal demons in The Shining, Doctor Sleep struggles with its own internal conflict. It’s a film that so obviously tries to benefit from all the commercial viability of being a sequel to the classic, without ever feeling like it wants to be. It replaces The Shining’s unsettling ambiguity with explicit supernatural action and it swaps Kubrick’s creeping tension for a peak-and-trough cadence, but it still wants to constantly remind you via nods and winks and meticulously constructed sets that this is very much a follow-up. It’s a Shining film in detail, but not in tone. It contains some of the same ghosts, but this is the opposite of a spiritual sequel. 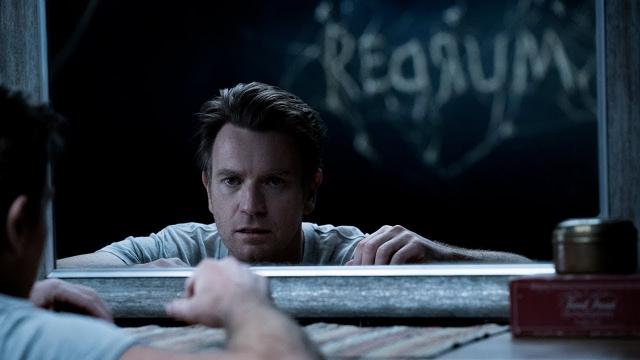 
Surprisingly, the film still works more or less despite all of this, but it is most effective when just concentrating on being its own thing. The ‘shining’ as an ability is a genuinely interesting concept that’s explored well here, as the definition is expanded to include a broader range of varying telepathic powers. Meanwhile, one sequence in particular - of a character flying through the clouds while searching for a mind to invade only to swing seamlessly through an open bedroom window - proves its own credentials in impressive visuals.

While Ewan McGregor commits more than usual to his haunted, troubled Danny, it’s Rebecca Ferguson who wins the screen magnetism test, sparkling with flirtatious charisma despite the fact that her character is basically a magic caravan gypsy who lusts after ‘body steam’ and is literally defined by her hat. Perhaps more importantly, Kyliegh Curran playing key protagonist Abra is a revelation as a child actor showing her character’s gradual maturity from mischievous little girl to harrowed teen. Mark my words, she will go far (he says, ignoring the fact that she is already playing a main character in a major studio release).

Where the film invokes Kubrick’s original masterpiece, however, it only succeeds in drawing unfavourable comparisons, particularly in what feels like an error in filmmaking judgment when it comes to how it handles original characters. Seeing as it’s in all the trailers, it’s probably no spoiler to say that the film’s final act takes place in the Overlook Hotel, still bearing the axe scars from Jack’s rampage. While the reason for paying it a visit makes narrative sense, it still just feels like an excuse for director Mike Flanagan to do a guided tour of the horrors of The Shining. This approach hits peak ‘Greatest Hits gig’ when Rebecca Ferguson experiences the same gushing of blood flooding the Overlook’s elevator and simply looks it up and down, smiles and moves on to the next exhibit. 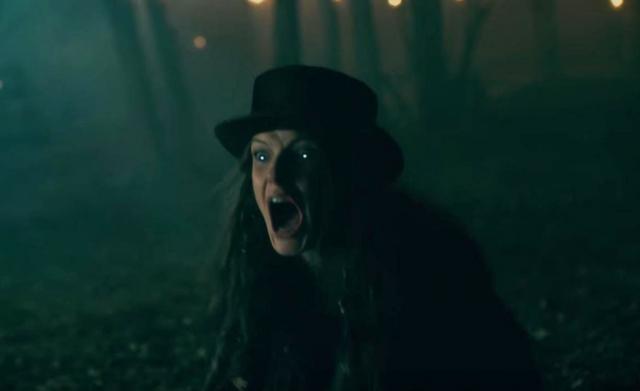 
While I don’t usually agree with arguments that a poor sequel/remake/reboot can actively diminish the power of an original, there’s a case for it here more than most. It’s not just in the fact that the film provides some explanatory context for questions that were always meant to go unanswered in The Shining, but resurfacing the exact same frights from that film make them seem that little more tangible, more defeatable. The Shining feels very much like Jack Torrance’s own personal torment, so seeing his grown-up son experience the exact same apparitions feels a bit cheap. Get your own psychological torture, Danny.

Talking of which, the cars. There’s too much carring. It’s altogether over-carred. The problem is clear: the only main antagonist is Rebecca Ferguson’s troupe of magic energy vampires, who are so powerful that Danny and Abra need to be kept at a distance from them for the story to build towards a showdown. But in order for the film to also have moments of dramatic tension, they have to travel to get there, and then retreat again afterwards. The result is an excessive amount of car. The film just cars way too much. It ends up being more carrie than Shining.

Needless to say, stepping outside after the film is very much like the feeling of stepping outside after being confined on a road trip for a long period of time. You get to have fresh air, to stretch your legs and promise yourself you won’t be back behind the wheel again for a long time. Which is exactly how I feel as I now start writing the review of the film I saw immediately after this one... (*checks notes*)... Le Mans '66.

Additional observations
- The film spends forever getting us used to an alcoholic Danny turning sober whilst simultaneously introducing Abra and also showing us Rebecca Ferguson’s recruitment process. The actual plot doesn’t really start until there’s a crossover between these three threads... which doesn’t happen until an hour in.
- All those Shining references and no shout-out for the blow job bear? For shame.
- All I wanted from this film was there to be just one moment where Ewan McGregor has to do the Tony voice with his finger. I am very disappointed.

More:  Doctor Sleep  Mike Flanaghan  Ewan McGregor  Kyliegh Curran  Rebecca Ferguson  Stephen King  Stanley Kubrick  The Shining
Follow us on Twitter @The_Shiznit for more fun features, film reviews and occasional commentary on what the best type of crisps are.
We are using Patreon to cover our hosting fees. So please consider chucking a few digital pennies our way by clicking on this link. Thanks!