Review: Dolemite Is My Name is a rose-tinted celebration of flawed ambition 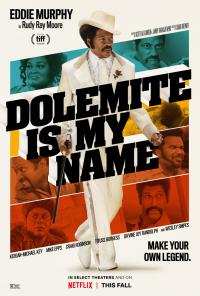 Is Eddie Murphy back? Judging by the last few months he's made a great deal of effort to distance himself from his 1980s sexism-laced standup routines, so he's definitely trying to come back. You can be cynical about it and say this is housekeeping in an attempt to reinvent his image for the new age of woke comedy, or you can accept he's genuinely trying to make amends and move onwards and upwards together into Liberal PC Heaven, where there are no guns and all the Pokemon you can catch. Whatever it is I'm not sure the best way to do it is via a celebration of blaxploitation; a genre laced with sexism.


Let's pretend we're being nice and Eddie Murphy has earned his comeback. Pluto Nash was his penance. It's not like he can go back in time to undo his misdeeds. Nobody can, this isn't Avengers: Endgame. Although Craig Brewer's semi-biographical comedy-drama Dolemite Is My Name is an action romp of sorts, just with less magical gems and more uses of the n-word. It's also many other things: funny, foul-mouthed, full of character, a minor ode to filmmaking and - dare I say it - warmly sweet. Also very, very, extremely Wesley Snipes.

Murphy plays the late Rudy Ray Moore - a black comedian who became popular amongst black audiences in the 1970s for his sweary rhyming spoken word act, oft-cited as a precursor to rap, performed under the pseudonym Dolemite. Sensing opportunity, Moore decided to take Dolemite to the big screen - the blaxploitation genre being a timely natural fit - but found himself up against producers unconvinced he could win over mainstream (read: "white") audiences, which is where the money was. 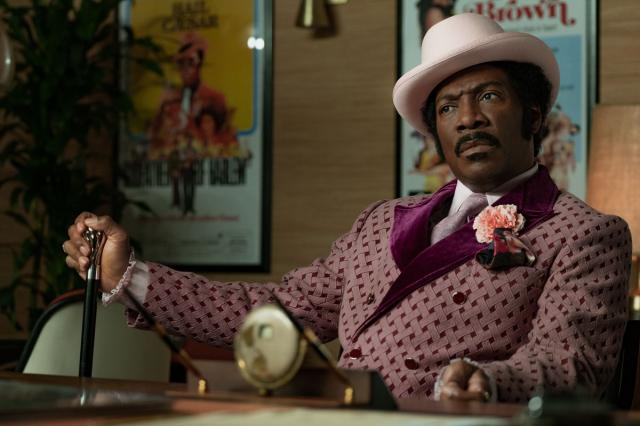 Undeterred, and with no idea how to actually make a movie, Moore gambled his income from record sales to fund the worthy vehicle he envisioned for the character. The resulting mess of shonky direction and ham-fisted fight scenes has gone down in cinematic history as a victory for the little guy over the suits, with black audiences spurred by word of mouth flocking to see Dolemite get one over white authoritarian figures and take his violent revenge on rival pimps. And this is where we enter a grey area - for Dolemite, and for Murphy.

I'm a big fan of exploitation movies, which sounds like a really weird thing to say now I've read it back. What I mean is: the spirit of rebellion found within an artform as a response to greater controlling forces is a precious thing. It exists for a reason larger than the medium, and although blaxploitation movies are undoubtedly problematic, they're the closest a certain demographic has to an up-yours to the powers that be. Everything else is Michael Bublé, i.e. the cultural equivalent of cat litter. I'm sure that sentiment has been expressed much more succinctly elsewhere, but please remember you are on a website that called itself 'The Shiznit' about fifteen years ago and regrets it every day since. 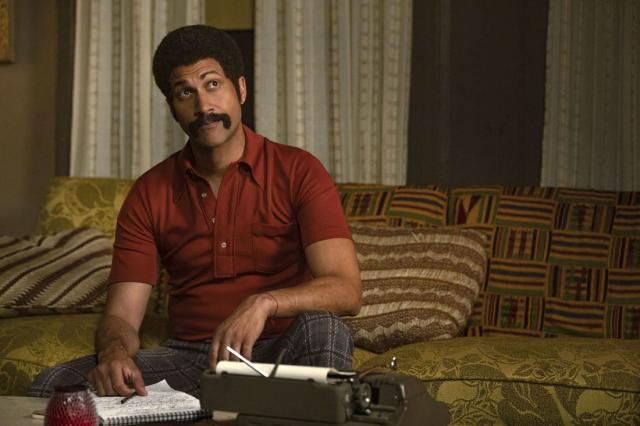 What I'm awkwardly leading up to is, for the most part, Dolemite Is My Name never quite captures the seedy aspect of blaxploitation. Moore is shown making his fortune then blowing it on his movie, but it's all as an entertainer and a driven entrepreneur, rather than making any kind of social commentary. And that's fine - the film is what it is, which is a narrative comedy, but it does have a sanitised, almost fairy tale quality. That's not a complaint - it makes the film unique if anything - and once you've adjusted to Murphy playing an exaggerated version of a comedian playing a flamboyant character straight, it's all good.

Can we move on to Wesley Snipes now please? Snipes plays D'Urville Martin - a blaxploitation legend roped in to direct Moore's film. Not only that, he stars in it too as the main villain, Willie Green. I don't know if Martin was a cokehead in real life, but Brewer and co. have very undelicately simulated the possibility he may have been massively coked off his nut throughout the shoot by turning Snipes up to 11. It's a reaction gif carnival, with each swivel of the eyes in danger of pulling the film borders across the screen. 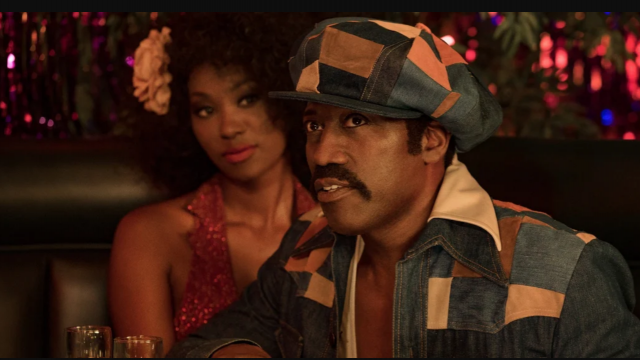 Special mention too goes to Da'Vine Joy Randolph's Lady Reed - Moore's comedy partner whom he championed after spotting her in a club, sharing the spotlight and apparently giving her the freedom to hone her act however she saw fit. Subsequently Reed became a regular in Moore's films, and the relationship hinted at here is one of mutual respect. Again, I don't know the reality of it, and because of the era it's easy to suspect this was a little embellished, but remember all that guff I wrote about this feeling like a fairy tale?

"
"
a breezy comedy that keeps things simple, allowing Murphy to do his thing in a fairly harmless way
This is in danger of trying to pigeonhole elements of Dolemite Is My Name into a neat, stereotypical box. Perhaps what's most surprising is how much the film feels like... a film. Ironic given Moore's own film were distinctly un-cinema (if very crowd-pleasing - I forget which is the most important). What is stressed is how much Moore simply wanted to entertain people, unconcerned with the quality of the final product. Moore knew he had hold of something that could make his fortune and allow him to write his own future.

Maybe that's how we should view Murphy's appearance here: a breezy comedy that keeps things simple, allowing Murphy to do his thing in a fairly harmless way, reintroducing the world to what he's capable of with the right material. With a rough patch in the '00s (which to be fair includes a Best Supporting Actor Oscar nomination for Dreamgirls), and some high profile sequels to several beloved '80s comedies on the way which will no doubt prompt a lot of scrutiny, Murphy needs a good palate cleanser for a number of reasons - and in Dolemite Is My Name he's found it.