Review: Earthquake Bird: who is he, what is his net worth, who is his wife? 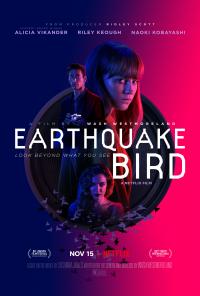 If making lots of one thing is an objective measure of goodness, then Netflix are really good at these thrillers where the protagonist is having a tough time clinging on to reality. Yes I know sometimes they just buy the distribution rights. This year alone we've had Fractured, The Perfection, In The Tall Grass, and several more; it's as if their recommendation engine is stuck in a feedback loop. The 'unreliable narrator' I believe the gimmick is called, and it's a solid framework for building mysteries - just add a setting, a creepy secret, a few dead women, et voila: cinema. Well, the Netflix equivalent.


This latest mystery sees Lucy Fly (Alicia Vikander) in 1989 Tokyo, working as a translator and finding the blunt nature of her hosts more than a tad annoying. Specifically they keep asking why she's over a certain age and not yet married, prompting a spur of the moment offer of a date when she bumps into Teiji Matsuda (Naoki Kobayashi). Teiji is a handsome sort, tall, quiet - a bit too quiet you might think. He also likes to take photos of random women in the street and invite them up to his dingy secret studio. Everyone has to have a hobby though, right? Yeah, if everyone was a WEIRDO.

In Lucy's desperation to understand Japanese culture and appease her prying peers, she forces herself to see past these blazing red flags, and soon her and Teiji are sharing more than just a steamy bowl of noodles. In a different sort of interrogation - although no less demeaning - we jump forward to Lucy being interviewed harshly by two detectives keen to pin the murder of a new friend, Lily Bridges (Riley Keough), on her. Lucy cracks and admits to the crime, but it's clear she's in no sound state of mind, and so we jump back again to watch the events of a tetchy love triangle between Lucy, Lily and Teiji unfold. 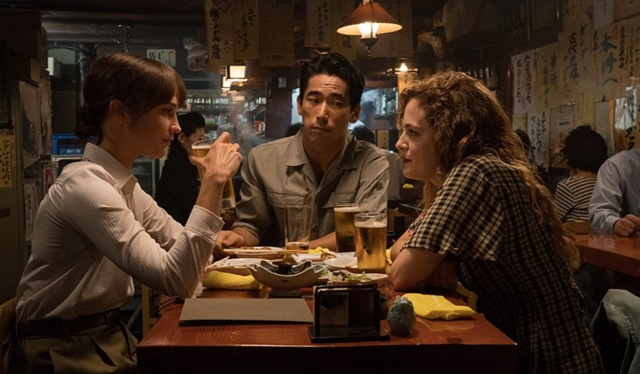 
Things aren't as disorientating as they might sound though, playing out fairly linearly as Lucy's fragile mental state deteriorates. Either she's being driven mad by paranoia at the attention Teiji is paying to the more free-spirited Lily, or there's some pre-existing condition at work causing her to hallucinate, or a past trauma coming back to haunt her - or maybe she's being manipulated by one of her friends? It's a line deliberately blurred as writer-director Wash Westmoreland mixes psychological scares with bleak detachment, bringing to mind the aesthetic of such J-horror genre classics as Pulse.

"
"
a cut above Netflix's usual fare
That's probably an over-generous comparison, but Earthquake Bird is definitely a cut above Netflix's usual fare. On a surface level the film doesn't have that weird plastic sheen Netflix releases always seem to be cheapened by. This contributes to capturing the eerie unease of a highly technological yet buttoned down society, from the fashion to the locations - incorporating customs and expectations familiar, and alien, to both the East and the West. With such a clash of cultures it's no wonder Lucy is confused.

So what about the titular bird? Like Lucy herself, the 'earthquake bird' is a geographic anomaly. Japan is an earthquake-prone nation, adding to the acclimatisation involved in transplanting yourself halfway across the world. When tremors do occur, which they do several times in Earthquake Bird, they're followed by the chirping of a particular species of bird - probably annoyed about its eggs getting smashed. The birds squawk regardless of human affairs, and exist as a symbol of the persistence of nature. This gives rise to a number of existential questions: Are our attempts to rise above nature ultimately futile? Should we concede to traditions as necessary to continue our own species? What is... love? 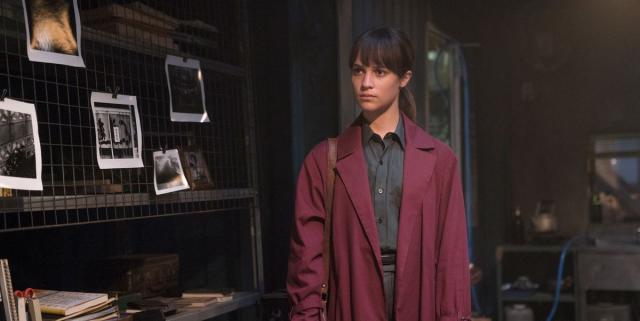 
Apparently '80s Japan really was a pivotal time in modern Japanese society, with the following years becoming known as "The Lost Decade" due to the recovery from a massive financial boom and bust around 1991. That the characters in Earthquake Bird find themselves enjoying the prosperity of a country about to fail massively is about as ominous as you can get if you know the history. It's another layer to appreciate on top of the already impressive thriller elements pieced together by Westmoreland, based on Susanna Jones' original novel.

All this doom-saying has made me realise that if a big earthquake did one day sink our civilisation into the ground, we'd have no way to watch Netflix - assuming there's no wifi in the apocalypse. Our only hope for the future of media is to ensure films and TV are available in physical formats. It's a shame Earthquake Bird isn't out on blu-ray, as I'd love to own a copy. And that's the highest praise I can think of for a Netflix film.

More:  Alicia Vikander  Riley Keough  Naoki Kobayashi  Jack Huston  Wash Westmoreland  Susanna Jones  Netflix
Follow us on Twitter @The_Shiznit for more fun features, film reviews and occasional commentary on what the best type of crisps are.
We are using Patreon to cover our hosting fees. So please consider chucking a few digital pennies our way by clicking on this link. Thanks!