Review: Enola Holmes is an energetic romp that runs out of steam 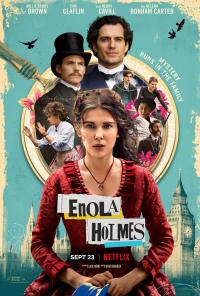 English people sound one of three ways in Hollywood films: grubby urchin begging for a crumb of bread, Hugh Grant being wanked off by a malfunctioning robot, and Sherlock Holmes. Having been an English person for nearly forty years and travelled most of the country, I have never met a single person who sounds like any of them. Obviously I'm not tossing off enough floppy toffs. But just because we don't sound that way doesn't mean we don't think like it - which I'm about to handily prove by adopting my finest Sherlock big posho internal monologue for a review of Enola Holmes, what what!


Considering what a cultural icon Sherlock Holmes is over here, my lack of knowledge on the subject is frankly quite embarrassing. I've read maybe two of Arthur Conan Doyle's books tops, and couldn't tell you which of the many television series was the best one, or who the best actor to have played Sherlock is. I have seen both Guy Ritchie films though. So it's no surprise that I had no idea Sherlock has siblings (they may even appear in the Ritchie films, I wasn't really paying attention), or that a series of books about Sherlock's teenage sister exists.

Obviously this is ripe territory for crossovers and expanded universes, and the filmmakers - including Millie Bobby Brown, who at the age of 16 produces as well as stars - have been quite canny getting Henry Cavill on board to play the elder Sherlock, alongside Sam Claflin as Mycroft Holmes, and Helena Bonham Carter as their mysteriously AWOL mum, Eudoria. It's a deft bit of fantasy casting; Cavill somehow finding time between The Witcher and building sweet lockdown gaming rigs, and generally lounging around being the sexiest man alive - and the rumours of a spin-off are already whirring. 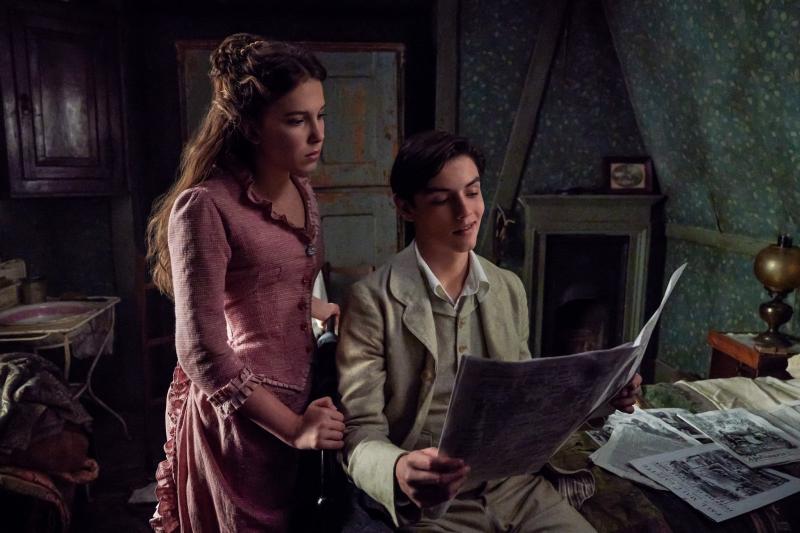 So we've got a watchable cast and a globally recognisable IP with plenty of canon to mine. Now all we need is a plot. This is where things come a trifle unstuck. The film does everything right except deliver a satisfying cinematic story. Again, being an ignorant cultural void I don't know if the film differs to the source books - this is the first of six by author Nancy Springer - but whatever worked on paper struggles to find footing on screen, with events increasingly feeling like they're taking longer than they need to as the film progresses.

There's also an awful lot of *whispers* preachiness. I doubt anyone in 2020 is sitting down to watch a film on Netflix about a female teenage detective starring the telepath from Stranger Things, who needs to be educated about women's suffrage or the problem with corsets. This isn't Amazon Prime. Of course this is all world-building to setup Enola eschewing the strict confines expected of her gender in those times - but we also see her outsmart her older brothers, one of whom is the world's greatest detective, which is a far more intriguing proposition than any amount of social rebellion in a film about the Holmes family. Cavill offering you to inspect for flaws

But it can be both, and it all works, albeit near-fatally slow. It would be misleading to dismiss the film as just feminism-lite for teenage girls. There's a giddy, barrelling, intelligent adventure somewhere within, but it hampers itself by stopping off to score hits that are below it. Whatever the film is trying to prove it does so with an energy that is initially fun but soon trails off. But worse than that, the actual mysteries and riddles Enola is tasked with solving are so basic and obvious, the viewer will have figured them out well in advance, leaving little surprise to look forward to. It's a film that practically watches itself.

Like I say though, I'm not the world's greatest authority on all shit Sherlock. I do know that this isn't your daddy's Holmes, which can only be a good thing - the dusty boards of 221B Baker Street have been trodden on enough now that it's high time things were shaken up a little. While not perfect, Enola Holmes is a promising start to a series that shares enough of the Holmes DNA to be instantly recognisable, yet still stands on its own two feet.