Review: Fractured won't exactly change your world, but has a good try 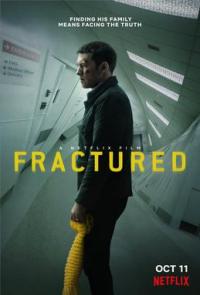 One of my favourite subgenres of horror is the one where there's a huge build up to something tragic, and then you tag the 'sad trombone' sound effect on the end, rendering it hilarious. Like at the end of The Mist when Tom Jane euthanises a car full of survivors because they think the monsters are coming and there's no escape, but when he steps outside it's the army rumbling down the road to rescue them. Sad trombone dot mp3! Fractured is like that but every scene.


Brains are the worst, aren't they? Everything we've ever seen, heard or felt is stored up there in some way or another, forming our personalities and attitudes, and coming back to haunt you while looking up at a dark ceiling at 2am despite happening in 1997. But the slightest knock and it can all change: words become fuzzy, friends become strangers, and events become jumbled. And because our brains are also the only way we have to know ourselves, we can be our own personal unreliable witness - unable to shake what we believe to be true even when others are screaming indisputable facts in our face.

This is by and large what happens to Ray Monroe (Sam Worthington) in Brad Anderson's new Netflix film, Fractured, when he manages to lose his wife and child in a hospital after a bump on the noggin - a family the staff tell him never existed. It's not that simple for poor Ray though; not only are his family nowhere to be seen, he keeps having flashbacks of alternative timelines, glimpsing familiar faces who are now showing up to tell him they've got no idea what the fuck he's going on about. So is Ray confused? Being manipulated? Or a witness to a conspiracy only he can provide the vital clues to solve? 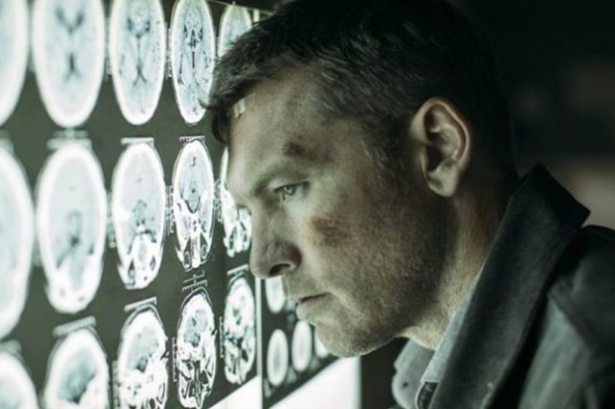 
Reader, you know that "I'm every woman" meme from earlier this week? (pretend you do if it's 2021 and the site is still online) Ray is every Facebook Uncle. It's all in him. Of course he's going to follow his version of events, no matter how nonsensical that may appear to the rest of the world, and however shouty he has to get. It would be a rubbish film if he just accepted what he was being told and went home quietly though.

Without giving too much away: Ray's convinced himself nefarious actors in the hospital have kidnapped his wife, Joanne (Lily Rabe), and little girl, Peri (Lucy Capri), for whatever reason, and manages to piss off just about everyone trying to get someone to listen to him. That he does this with a bandage around his head most of the time attracts the attention of security, and eventually the police. This introduction of an external party seems to make the attending Dr. Berthram (Stephen Toblowsky) nervous, though - could it be that things really aren't what they seem? Or... are? Or... you get the idea. 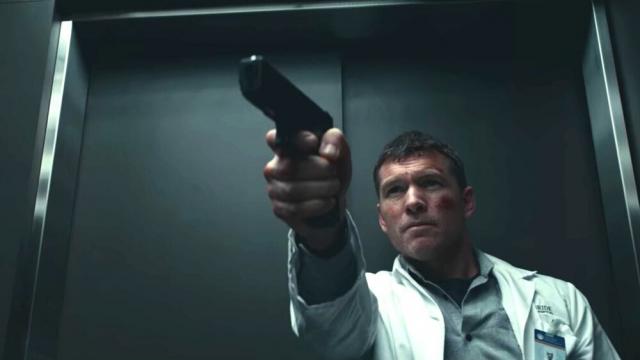 Guns: nature's solution to everything


Anderson does a good job with what is a pretty lousy script. I laughed a few times at some of the lines - a police officer exclaiming "there's WAY too much blood!" comes to mind as something a cop would probably never say, as well as some of their other actions which allow the plot to move along. But despite a few contrivances Fractured is a quite well spun-out hour and forty minutes of dodges and weaves that never gets dull. The slight silliness of Ray's increasingly mad actions ensures this, and Worthington suits the role well.

It's very 'Twilight Zone', this. Also it's very Flight Plan with Jodie Foster. And that one with Kurt Russell and the truck. Basically what I'm saying is we've seen this film several times before - but that's not necessarily a bad thing. There's plenty of room for contemporary remakes/re-tellings/rehashes in a world where the social and political discourse changes whenever Donald Trump wakes up in a soiled nappy. In fact what we consider to be the worst of possible realities shifts on an almost daily basis, which probably helps give some additional gravitas to the idea behind Fractured. Whether that was intentional of the filmmakers or just something I've convinced myself of, well... brains innit.

More:  Brad Anderson  Alan B McElroy  Sam Worthington  Lily Rabe  Stephen Toblowsky  Adjoa Andoh  Lucy Capri  Netflix
Follow us on Twitter @The_Shiznit for more fun features, film reviews and occasional commentary on what the best type of crisps are.
We are using Patreon to cover our hosting fees. So please consider chucking a few digital pennies our way by clicking on this link. Thanks!