Review: Isn't It Romantic is a pleasing trope inverter 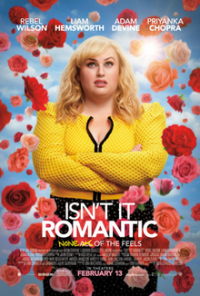 I don't have a problem with tropes. If you've had a long day and just want to unwind watching one of the Chrises drift a car or fight some pixels, a well-placed cliché can fill the gaps between any distracting thinky bits to keep the plot ticking along - allowing your eyes to glaze over as your body slowly powers down. Tropes are a useful form of cinematic shorthand. But imagine not being overwhelmingly tired all the time, and also wanting to be entertained while using your brain. What do you stick on? A sci-fi? Action-thriller? If I said there was a romcom that met all these needs you'd probably say "shut the hell up with that", to which I'd reply "Click through for the full review", and you'd say "Sir, this is a Burger King", then I'd say "Please like and subscribe." And then the police would arrive.


Growing up with the BBC of the '80s and '90s there was no shortage of female comedians on TV: French & Saunders, Patricia Routledge, Victoria Wood to name a few; all happy to play the fool while maintaining a razor sharp intellectual edge. But then something changed and the female comedian seemed to disappear beneath crude jokes about bodily functions, getting props for being 'one of the boys' or relegated to the token guest on panel shows. Was it the awful era of lads mags dumbing down the landscape by spawning a generation of entitled misogynistic wankers, or some other thing?

Whatever it was, the female comedian is once again facing an uphill struggle - underscored in the social media age by a need to prove yourself not only to men but to everyone, as we pit gender against gender and creed against creed in a sort of non-stop Wrestlemania, where you get a chair bashed over your back as soon as you enter the ring. The star of Isn't It Romantic, Rebel Wilson, has faced a more testing time than most, being not only a woman but also a large woman, and not only that she's a large young woman - someone rarely seen playing the lead. 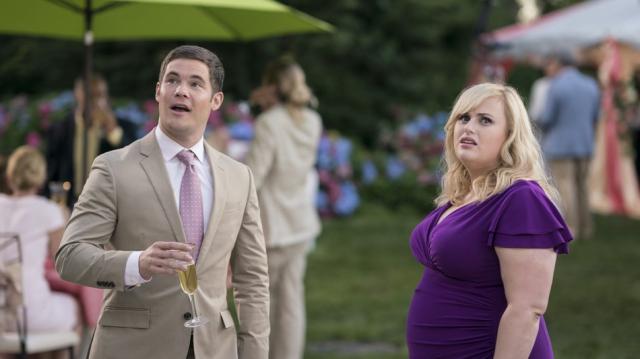 
This has opened Wilson up to more scrutiny than most, with accusations of her forging a background - as if that has never happened in the film industry before - and studio-imposed rules preventing her losing weight to remain in the stereotypical 'fat girl' mold. It's fitting then that after the drama of court cases and tabloid gossip she would use her comedic skills to hit back, emerging as a force for positivity in a film that not only ingeniously uses genre tropes against themselves, but also contains an important message about taking control of your destiny.

Isn't It Romantic begins with a young Natalie (Rebel Wilson) being told by her own mother (played, coincidentally, by Jennifer Saunders) she'll never have the dazzling celebrity lifestyle or romances she aspires to - her sort just don't get those Hollywood happy endings. It's a tragic lesson at an impressionable age, and of course a mirror of what our own society tells young girls every day via adverts and media. Fast forward to Natalie as an adult and we find her having achieved success as an architect, yet still treated like a PA due to her gender and appearance. To make matters worse her new billionaire dreamboat client, Blake (Liam Hemsworth), doesn't know she exists, leaving Natalie to fend off the advances of the distinctly non-hunky Josh (Adam Devine). 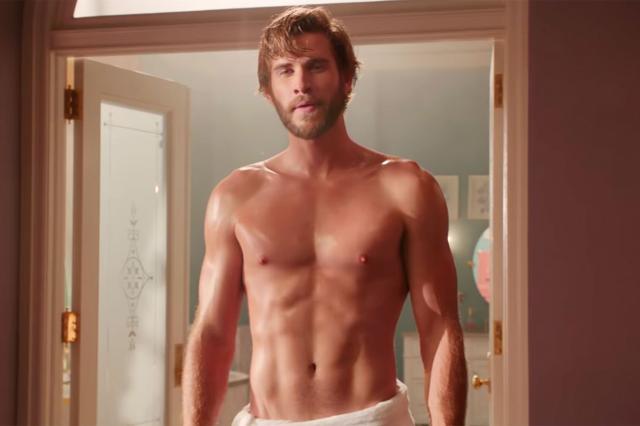 What are those lines on his tummy? Is he ill?


So far, so typical romcom: Natalie must learn the path to true love lies with Josh - a much more suitable match based on the preconceived notion that hunks belong with beauty queens, and the rest of the world can rut in the dark. But then things take a turn for the meta, after a bump on the head places Natalie in an alternative reality where all her romantic fantasies have come true. Suddenly Natalie finds herself sought after by Blake, as Josh pairs off with the conventionally pretty Isabella (Priyanka Chopra). The only catch is this all works through the laws of romcom clichés, meaning if Natalie wants to "progress" in this new universe she has to play by the rules, while also trying to eschew them.

It's a deft setup for a number of clever sight and continuation gags as romcom tropes are flipped and flipped again. Wilson clearly revels in her performance, aided by a script delivering a slew of witty one-liners. But the real surprise comes when Natalie returns to the real world - all good things must come to an end after all, even Hollywood romances - and she comes to a realisation about her future that serves as the film's central message. It's a shame I can't spoil it here because it is an important message that many people - men and women - could do with hearing. Maybe you should just watch the film?

More:  Todd Strauss-Schulson  Rebel Wilson  Liam Hemsworth  Adam Devine  Priyanka Chopra  Erin Cardillo  Dana Fox  Katie Silberman  Netflix
Follow us on Twitter @The_Shiznit for more fun features, film reviews and occasional commentary on what the best type of crisps are.
We are using Patreon to cover our hosting fees. So please consider chucking a few digital pennies our way by clicking on this link. Thanks!