DO TRY THIS AT HOME

Review: Jackass Forever is a healing balm for our bee-stung ballsack world 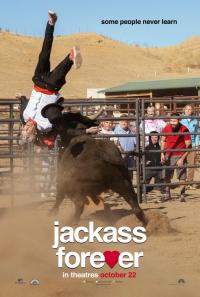 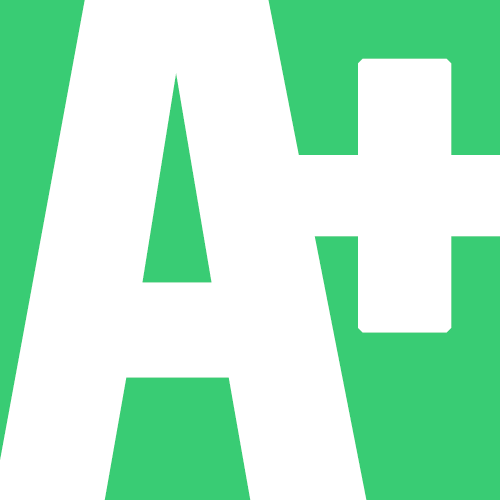 You may have noticed that film reviews, or indeed content of any kind, has been few and far between on the ridiculous pages of this site recently, but every now and then a film comes along that is so powerful, so commanding of the cultural zeitgeist, that it just simply can’t be ignored. This is that film. Jackass Forever is a movie that provides the relief we so desperately need following two years of global hardship. It’s a solution for the general societal malaise from which we’re all suffering. It might even hold the cure for the coronavirus itself. And all it took was a lot of dicks and balls getting hit, bitten, stung and punched.


Any concerns about the film’s relevance in this modern age disappear entirely just two minutes in, when a deliberately blockbuster-styled opening sequence reveals itself to be no more than an immature stunt, but one so puerile in its execution that it can only be considered genius in its ideation.

And this is the beauty of Jackass. Its stupidity is amazingly imaginative. It is an objective truth that hitting someone over the head with a frying pan is funny. That’s just a humour fact. But using infrared night goggles to watch that same person, trapped in a pitch black room, getting zapped with a taser masquerading as a venomous snake, only for them to mistakenly think they have found a door to freedom and then voluntarily run into a frying pan suspended from the ceiling? That’s poetry. 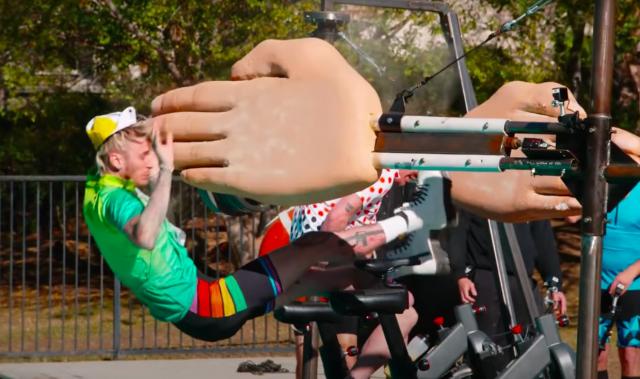 
We’re in a Covid-enforced, short-term period of judging films differently at the moment. Tenet was the first saviour of cinema, No Time To Die was the real saviour of cinema, Spider-Man: No Way Home was the actual saviour of cinema, etc. I’m here to tell you that Jackass Forever is, without question, the saviour of all humanity. At a time when global morale is at an all-time low and society is broken in ways that seem utterly irreparable, here is a film that can unite every country, every culture, every political leaning with the universally hilarious sight of tiny boxing glove arms rapidly pummelling a fat man’s nutsack.

In centuries to come, when the earth has been ravaged by the next killer virus, nuclear war, numerous environmental disasters and, I dunno, fake news, the only indication to the next primordial soup of emerging life forms that our doomed civilisation ever existed will be the hieroglyphs left etched on the inside of ineffective concrete bunkers. And there, scratched into the granite by bones and bloody fingernails, will be depictions of Steve-O covering his genitalia with bees, or a big fella jumping directly into some cacti, or Wee Man getting the ultimate wedgie. Entirely new religions will be based on a drawing of a man sitting on an exploding toilet. 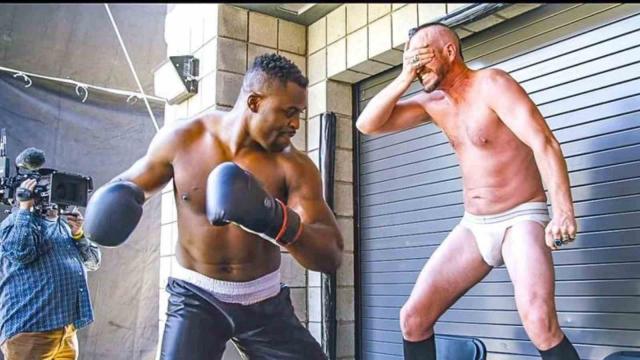 
Because in the end, right now, this is the tonic we all need. It’s the ultimate wind-down at the end of a tough few years. It’s sweet lockdown relief so palpable that the endorphins released while watching the film might feasibly be so potent they could gain their own sentience and overthrow us to become the new dominant species on the planet. They’d force us to watch Jackass Forever on repeat in order to continuously expand their own population until they conceivably find themselves in the same shitty sorry state of affairs we have experienced these past few years. At which point, they will have to rely on a handful of dumb endorphin idiots to perform their own dangerous penis-based stunts for the entertainment of the general endorphin populace and the whole cycle will start again.

And as each new evolutionary saga reaches its zenith with a film-based format of short MTV-style clips showing a guy getting hit in the balls with a hockey puck or a punch from a UFC heavyweight, there will be a collective sigh of contentment across the ruling population. Because they will know - as we do now, at the last dying ripple from a years-long torrent of shitty news and tragedy - that this film, this Jackass Forever, in some ways, actually makes our journey to get to this point almost seem worth it.

More:  Jackass Forever  Jackass  Johnny Knoxville  Steve-O
Follow us on Twitter @The_Shiznit for more fun features, film reviews and occasional commentary on what the best type of crisps are.
We are using Patreon to cover our hosting fees. So please consider chucking a few digital pennies our way by clicking on this link. Thanks!