Review: Polar is a blizzard of clichéd tedium 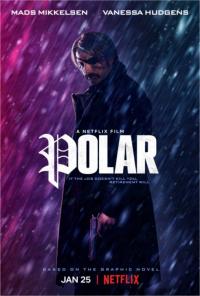 Working yourself to the bone during the prime of your life so you can live comfortably when you're too old to do anything seems really backwards. I'll happily stitch clothes with my gnarled hands in return for soup until I expire at my sewing table when I'm seventy, just let me have some fun now. What if I don't even make it to old age because of some horrible illness or a nuclear war? All those hours toiling away for nothing. Awful thoughts. Everything is terrible. Although I guess things can't be that bad if the worst thing that happened to me this week was watching Netflix's Polar, in which a hitman retires. Which is why I said all that stuff just now.


Ahh, the vulgar auteur: pissing in your cereal; shitting in your hat; waving his hand in front of your face but not touching it ah ah can't do anything. Dickheads to a man. The trouble with going down the bad taste route is everything taboo has already been done, meaning if you want to shock you have to go one bigger than the previous most controversial thing. You can't do it by halves. Of course there's always the argument your efforts are satirical - poking fun at the current scene - but that's going to be tricky if your antics are tired from the get-go. The first scene in Polar features Johnny Knoxville receiving a blowjob as part of an assassination attempt. You see the level we're operating on here?

This embarrassing and illogical opener serves as an introduction to a ragtag group of mercenaries (picture the band LMFAO sulking after getting sent to bed early) who act as our link between the world's best hitman, Duncan Vizzla (Madds Mikkelsen, somehow), and the world's least convincing bad guy, Mr. Brut (Matt 'George Dawes off of Shooting Stars' Lucas, even more somehow). Vizzla wants to holster his weapons and retire to a quaint little cabin by the lake after a hit gone wrong, but - and you'll never guess what - he's trying to get out but they keep pulling him back in! 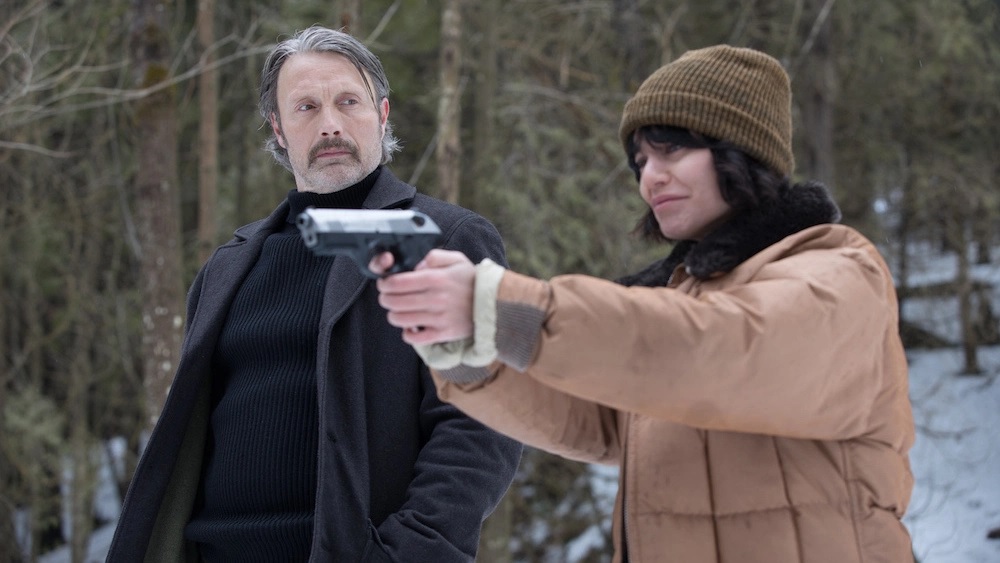 Forrest Gunp... I dunno, you do better


The plot goes something like this: Brut has sent his crack squad of grating psychopaths after ageing hitpeople all over the world, in order to kill them before the evil assassin organisation he's in charge of has to pay out expensive pensions. Somehow I doubt they're underwritten by Aviva. Unfortunately Brut's scheme clashes with Vizzla's plans to sit about looking pained, setting the stage for a number of bloody shootouts. If you like seeing bullets going into people, you won't believe the number of bullets you can see go into people in this film. At one point a really fat man gets shot with lots of bullets. You can see all the holes.

I haven't read the graphic novels Polar is based on, but films aren't books and books aren't comics, and each of the mediums have their own histories and disciplines and audiences making them impossible to compare. So that's that one settled forever. Thanks for coming to my TED Talk. Jonas Åkerlund is an award-winning veteran music video director who has worked with some of the world's biggest recording artists, so it's not like he can't make a film. Maybe it's unfair to lump him with all the blame, but clearly whatever made the comics such a hot property to adapt got lost somewhere on the way to the screen, and I can imagine a lot of disappointed fans of the comics wishing they'd never bothered.

Polar is a cliched, sloppy mess of sub-standard action and forgettable lines that might entertain someone who has never seen a movie from the last decade of R-rated action cinema. Life is short and we spend the best part of it doing things we hate in hostile environments. There are better things to do with 119 minutes than watch Johnny Knoxville getting sucked off.

More:  Polar  Jonas Akerlund  Jayson Rothwell  Mads Mikkelsen  Vanessa Hudgens  Katheryn Winnick  Matt Lucas
Follow us on Twitter @The_Shiznit for more fun features, film reviews and occasional commentary on what the best type of crisps are.
We are using Patreon to cover our hosting fees. So please consider chucking a few digital pennies our way by clicking on this link. Thanks!