Black to the Future

Review: See You Yesterday is a deft causality caper with a message 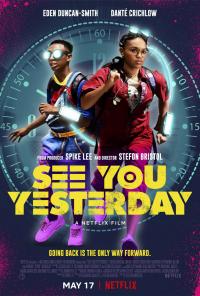 Confession: once at an old job I accidentally sent a test email campaign to a contact list of 40,000 people, with the subject 'Test XXX' and body content consisting of a single centrally aligned picture of a cartoon dog. The point I'm illustrating is that some mistakes can't be undone, leaving you with no choice but to live with the consequences. But hang on, you ask, why not simply travel back in time to stop yourself clicking 'Send' in the first place? Yeah sure I could take the easy route, but that small tinkering could change the man I am today. And besides, I've just seen See You Yesterday, which makes a strong case for leaving the past well alone.


Recent Netflix release See You Yesterday is many things, few of which I was expecting. The trailers paint the film as a moody teen-orientated time-travel adventure, but it's actually a much more bleak modern social injustice story wrapped within a cautionary sci-fi tale about causality, where the same tragic event is tied further in knots until it becomes impossible to untangle. To sell it on those weighty terms would be almost impossible though, so it's fair enough they went with the colourful, almost Disney-esque, high school kids angle.

Producer Spike Lee's name emblazoned on the promos should give you some idea of the territory covered - this is Black Cinema through and through, from the settings and language, to the cast and crew. I give Netflix a hard time but as an affordable, accessible platform for minority filmmaking that may struggle to find an audience, they're doing God's work. 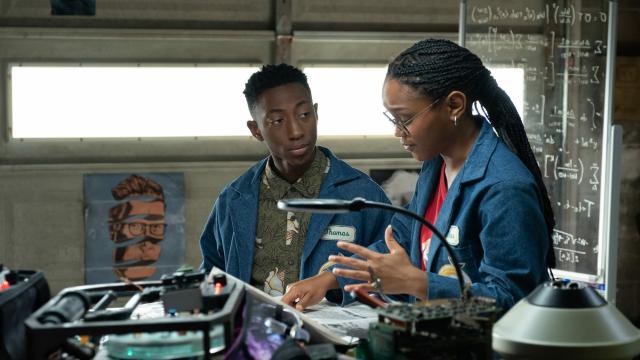 
The highschoolers in question are CJ (Eden Duncan-Smith) and Sebastian (Danté Crichlow), a pair of science prodigies on the verge of creating a time travel machine in their garage. But then things take a tragic turn - and the first of several almost vertical tonal shifts - when CJ's older brother, Calvin (Brian Bradley), is killed in a police shooting, in an apparent case of mistaken identity. The police insist they were justified but CJ is unconvinced, and becomes determined to change history to rescue her brother.

With a newfound sense of purpose a grieving CJ sets about completing her experiments, ending up with a working time machine. Perfect for righting just the single wrong, right? CJ and Sebastian lay down the rules and plan their jaunt down to the second, but forget one thing: time is an unforgiving bastard whichever way you play with it. Instead of rescuing Calvin, CJ finds her attempts to alter the past going increasingly awry, compounded by the increasing versions of herself now existing in the same timeline having to avoid each other, else the very fabric of their/her being(s) should suddenly pop out of existence.

As a debut feature from writer-director Stefon Bristol and co-writer Fredrica Bailey, See You Yesterday is an ambitious sci-fi in its own right, and a worthy entry into the canon of black representation. Juggling so many moving parts does come at a cost, which is evident in the shifting tone (a fun cameo early on is even more out of place once you see where the film is heading - although none less impressive that they managed it) but once it finds its feet See You Yesterday takes an inventive concept and runs with it, leaving plenty to think about.

More:  Stefon Bristol  Fredrica Bailey  Eden Duncan-Smith  Dant Crichlow  Brian Bradley  Marsha Stephanie Blake  Netflix
Follow us on Twitter @The_Shiznit for more fun features, film reviews and occasional commentary on what the best type of crisps are.
We are using Patreon to cover our hosting fees. So please consider chucking a few digital pennies our way by clicking on this link. Thanks!