Review: The King is a noble effort, if not majestic, rings Hollow, etc. 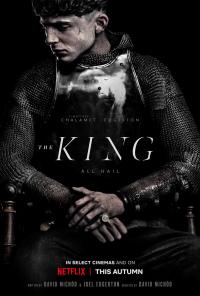 To my shame as an Englishman I am not well-versed in the works of William Shakespeare. I know the gist of Romeo & Juliet, and that there's a character called Bottom in another one. But if you put me on the spot and told me to write an analysis of The Taming of the Shrew, you'd probably walk in on me on the toilet half an hour later watching YouTube tutorials on how to hypnotise small mammals. Not that I don't appreciate the plays - their effect on the world's culture is undeniable - just beyond my school years I've struggled to find the enthusiasm and time to really get into them. Don't ask me why I can recite Congo word-for-word, though.


There are no killer apes in David Michôd's abridgement of Shakespeare's "Henriad" - a collection of plays spanning the various fortunes of several English kings, most of whom were named Henry because we're unimaginative in that way. But Michôd and co-writer Joel Edgerton have done non-Shakespearites a solid by not only lifting the squelchy battle bits from Game of Thrones, but also ditching that stuffy old dialogue and replacing it with cool shouty swears. But hang on - the dialogue and flow is the main thing people come to Shakespeare for, right?

To top off this apparent populist angle they've also cast two of cinema's floppiest heartthrobs in the lead roles: Timotheé Chalamet and Robert Pattinson. Chalamet to his credit is broodingly pensive as Hal - later crowned Henry V - a weary head on a lithe frame, given far too much responsibility at such a young age, when all he wants to do is get leathered every night like a proper lad (and indeed historical records portray Hal in this manner - although historical accuracy isn't the goal here). Pattinson - drinking heavily from Monty Python's Holy Grail - plays Prince Louis of France aka The Dauphin, a son of King Charles, and Henry's rival in the climactic Battle of Agincourt. 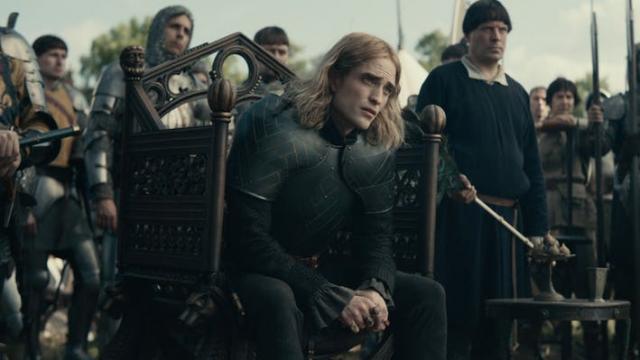 He's French. Why do you think he has that outrageous accent?


And what a battle it is - all impaled horses and bodies piling up in the mud, swords shoved into eye slits and soldiers drowning helplessly in puddles. Cribbed it may be, but there's a real heft and terror to the fighting on a par with the best Thrones ever had to offer. Chalamet again impresses by literally throwing himself into the melee, emerging shattered and victorious to face a bungled conspiracy, and negotiate a prickly sort of peace treaty/wedding with King Charles and Catherine of Valois (Lily-Rose Depp) thus establishing an English presence on mainland Europe. Make Brexit jokes at your peril.

"
"
an impeccably well made film, that feels authentically grounded
Somewhere between Chalamet's solemn commitment and Pattinson's overt silliness there's an impeccably well made film, that feels authentically grounded when it comes to the costumes and interior decor of the Middle Ages - placing it firmly in the drama camp, rather than as a camp drama as Shakespeare so often lends itself to. It's a bit of an odd mix that such attention to period detail is used, while picking and choosing from Shakespeare's own historically spotty plotting - the effect being a patchwork of new and old; respectful and reinterpreted. But that's what The Bard did for dramatic effect anyway, only he never had Wikipedia to send him down rabbit holes at 3am.

That we do drift so far from the source texts is only really a problem if you want to see something that sticks rigidly to the material, and complies with the ach-ting dah-ling expectations these adaptations attract. It might rub Shakespurists up the wrong way that such liberties have been taken taken, but it's not like you can go to a recreation of a 500-year-old theatre where the plays were performed on the exact spot and see them presented in a style respective of the methods, starring England's lankiest toffs, and become part of a global industry attempting to preserve the traditions. Oh no hang on, you can do that.

But for the uncultured who don't want to spend fifty quid on a travelcard and a Nandos, you can watch the CliffsNotes version at home on Netflix.

More:  Timothee Chalamet  Joel Edgerton  Sean Harris  Lily-Rose Depp  Robert Pattinson  Ben Mendelsohn  David Michod
Follow us on Twitter @The_Shiznit for more fun features, film reviews and occasional commentary on what the best type of crisps are.
We are using Patreon to cover our hosting fees. So please consider chucking a few digital pennies our way by clicking on this link. Thanks!