Review: The Meg is too toothless to take a bite out of Jaws' legacy 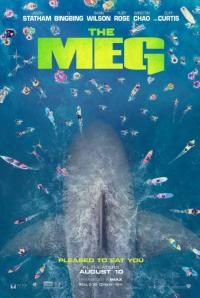 To borrow a phrase from Love Island, on paper The Meg has it all: Jason Statham is on the hunt for the biggest shark ever known, tracks it down and then probably punches it in the face or something. But as we all know, what's good on paper doesn't necessarily translate to real life (see: Dr Alex). Lacking any sense of plot, direction or tasty big shark action scenes, The Meg is lost at sea and sinks faster that a decomposing cetacean carcass. We're going to need a bigger boat.


Rescue diver Jonas Taylor (Statham) is reluctantly pulled back into action when the members of a research team led by billionaire Jack Morris (Rainn Wilson) disturb our prehistoric predator after poking in the depths for reasons not entirely clear. Why is our hero reluctant? Because it was probably a Meg (short for megalodon) who cut short his career years earlier. What are the chances?

Joining him are a not exactly bright crew including systems specialist Jaxx Herd (Ruby Rose), a doctor who predictably is chomped just when they need him (Robert Taylor) and sexy scientist Zhang Suyin (Li Bingbing), who like any good parent has brought her 8-year-old daughter on this highly dangerous mission. Helpfully, the supporting team are there to speak aloud parts of the plot and over-describe whatever sciencey thing it is they're doing to help find a shark that's bigger than a house.

And boy do they take their sweet time. The whole point of this Deadliest Catch is to prevent The Meg from having its own all-you-can-eat buffet of unsuspecting humans, but for a large part of the film the leviathan seems more languid than apex predator, not really bothering anyone until another submersive vehicle gets all up in its grill. Director Jon Turtletaub borrows heavily from the definitive shark flick and follows Spielberg's schtick in keeping the monster from full view until a good hour into the film, but what it fails to do in the meantime is build any sense of increasing terror or mounting horror. 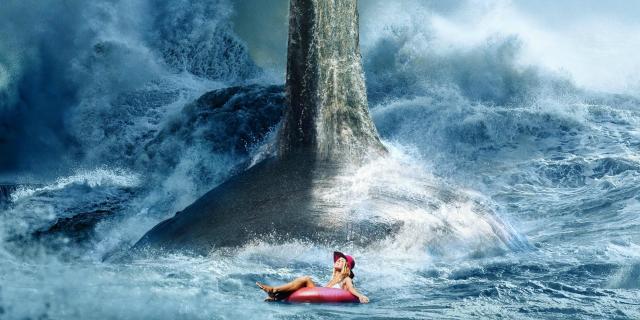 
In taking another leaf from the Jaws playbook, The Meg tries to use humour as resting points between the action, but is so wide of the mark with its cringey banter that you actually start to sympathise with the shark.

"
"
The Meg uses humour as resting points between the action
The added problem is that Turtletaub has such a light touch that any action scenes, including the final set-piece when the not-so-great white rocks up at a holiday resort (having avoided them for millions of years), lack urgency and the bloody violence that could have elevated The Meg into the "so bad, it's good" territory. It's not enough of either to really reel the audience in.

If you want to see a chiselled Stath stick it to a shark and then swim off with the girl then fine, but if it's big sharks you're after then you're better off with Muggy Meg from Love Island.

More:  The Meg  Jason Statham  Jon Turteltaub  Ruby Rose  Rainn Wilson  Sharks
Follow us on Twitter @The_Shiznit for more fun features, film reviews and occasional commentary on what the best type of crisps are.
We are using Patreon to cover our hosting fees. So please consider chucking a few digital pennies our way by clicking on this link. Thanks!