Review: The Perfection dares to be shocking but doesn't have the chops 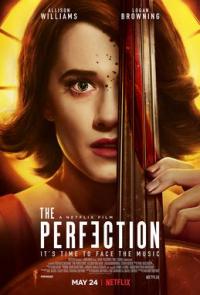 Part of the trouble with being extremely online is you see the entire gamut of opinions all at the same time. Take poor Godzilla for example - as soon as the embargo lifted on King of the Monsters every star rating possible flooded my timeline, which did nothing to help decide whether to see it or not. But for better or worse at least those reviewers arrived at an opinion about the big G's latest romp. Recent Netflix release The Perfection left me so unsure I committed the cardinal sin of reading other site's reviews before sitting down to write my own, so I take a lot of solace that nobody seemed to know what to make of it, because I'll be fucked if I do.


I've held off putting down my thoughts on Richard Shephard's The Perfection because, honestly, I still don't know whether I liked it or not. The best approach to this dilemma is probably to list pros and cons like in that episode of Friends. That worked out well if I recall, so let's do that. Rape is an overused hook to hang a plot on, so that's a strike. The film has taken a bit of a rinsing among LGBT+ circles for an unrealistic portrayal of a lesbian relationship, and I'm a liberal snowflake SJW so that's strike two. Then there's a pivotal scene involving a dodgy tummy bordering on unintentional hilarity that nearly delivers a knockout blow.

Doesn't sound too appealing yet, right? But when the film finally flips around the halfway point a thoroughly nasty tone comes to the fore, complemented by some unsettling body horror - which is all fine and good if that's your thing, and will induce the winces you'll no doubt have seen mentioned elsewhere that have subsequently been absorbed into the marketing. Add to that some neat stylistic choices designed to disorientate that elevate proceedings, and suddenly it's not so easy to dismiss The Perfection as poorly conceived, offensive pap. 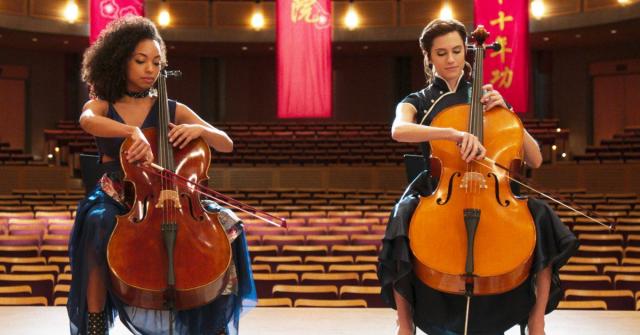 
So some good, some bad. Turns out the relationship between art and taste is complicated. Maybe if I describe the plot in vague terms for a few paragraphs it will help. Charlotte (Allison Williams, fresh from her gleefully deceitful turn in Get Out) is a talented cellist who was forced to drop out of a prestigious music school due to that old chestnut, A Personal Tragedy. Some years later she decides to get back in the game, travelling to Shanghai where she meets Lizzie (Logan Browning), who effectively became her replacement and has gone on to achieve great success in the world of celloing.

Instead of jealousy rearing its ugly head as you might expect with these types of films, the two hit it off, soon becoming romantically involved. One explosive case of the trots later on the daytrip from hell, the pair find themselves kicked off a tour bus in the middle of the Chinese countryside with just their backpacks and a machete. If you've seen the trailers you'll know what comes next but I won't spoil it if you haven't. It's fair to say that things aren't what they seem, and the resultant escalation leads to elite societies, a silly revenge plot, and an unhygienic-looking sex act you could probably call... eh, I'm stumped.

It's difficult to know when bungled takes are compensated by good enough film-making that the end result is acceptable. Is it an individual thing, or do we owe it to others to hard pass on offensive content so that they know to avoid? Does that risk mollycoddling when we all clutch at our pearls to differing degrees, or do the filmmakers deserve a pile-on for being insensitive? I guess it's telling that this conversation has arisen around The Perfection because it does have something to offer - a lesser film would have slipped under the radar or been blanket panned. But it's also a shame a better film hasn't prompted the debate.

And so on that note I can only say it's up to you to watch the film and figure an opinion out for yourself. Still annoyed I can't use that Magneto 'perfection' gif.

More:  Netflix  The Perfection  Allison Williams  Logan Browning  Steven Weber  Alaina Huffman  Richard Shepard  Eric Charmelo  Nicole Snyder
Follow us on Twitter @The_Shiznit for more fun features, film reviews and occasional commentary on what the best type of crisps are.
We are using Patreon to cover our hosting fees. So please consider chucking a few digital pennies our way by clicking on this link. Thanks!