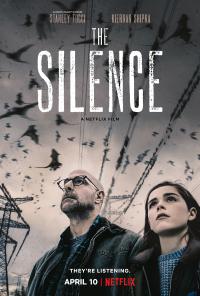 I feel like I've decoded the Voynich manuscript. Something seemed off about The Silence but for the longest time I couldn't put my finger on it. It's a noticeably cheap-looking film - a continuation of the worrying Netflix trend of picking things up that are, shall we say, 'Poundland versions of proper films' - but has a decent enough cast. The intrigue deepened. So I looked it up and suddenly everything fell into place: it was written by Shane and Carey Van Dyke of the Van Dyke dynasty, purveyors of the infamously terrible Asylum 'mockbusters' which were funny for five minutes in 2006. I don't know exactly how these things work with a dozen production companies and distributors and whatnot, but I do know what Netflix have done here is they've rebadged a film that was probably destined for The SyFy Channel. And as everyone knows you can't polish a turd. Believe me I've tried, it goes everywhere.


Firstly, to address the elephant in the room: yes, there are many similarities between The Silence, A Quiet Place and Bird Box. They all follow the same basic template: there's a mysterious Thing, there's a perceived disability that can counter the Thing, run away from the Thing and get picked off one by one. Each film is just about distinctive enough to avoid a lawsuit, although two of them are Netflix releases anyway and I doubt they'd sue themselves - but then again they did also release what is for all intents and purposes the same film twice within the space of a few months, so who knows what's going on over there. Netflix have the audience data to make these decisions, however, and I did sit through both films which by Netflix's metrics makes them as successful as each other. So who's the idiot now eh? Oh, right.

The Silence opens with that stalwart of the creature feature genre; a bunch of scientists disturbing something buried deep underground ages ago. In this case it's an ancient dinosaur-bat, or "vesps" as they come to be known, who seemingly have developed some sort of super hearing over the many millennia they've been shut away. The origin of the vesps is never really explained and the closest we get to a scientific discussion is the researchers who discovered them going "arghhh", but they're here now and they're pissed off, and they can hear you from really really really really far away.

Hugh and Kelly Andrews (Stanley Tucci and Miranda Otto) are parents to Ally (Kiernan Shipka) and Jude (Kyle Harrison Breitkopf). Ally is deaf, meaning when the vesps turn up and the shit hits the fan her family have an advantage over everyone else, because they communicate in sign language you see. They also have a live-in sickly grandma with a bad cough, and a dog who likes to bark. You see where this is heading? Clearly nobody in this family has ever seen a horror movie before. They should get Netflix because there's another film on there already dealing with more or less this exact scenario. 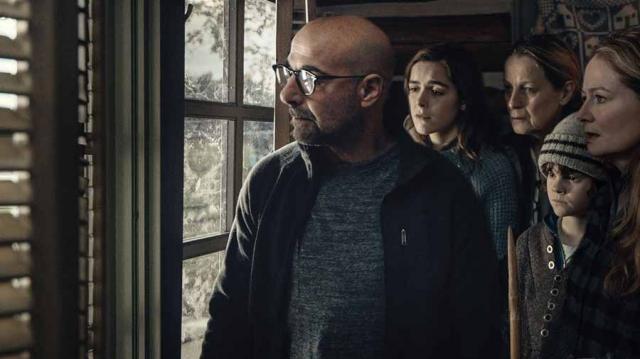 
The family decide to escape to the countryside, which they reason should be quieter than the city. But like a boiling Bank Holiday on the A12 to Clacton-on-Sea, every other cunt in the world has had the same idea. Soon they find themselves stuck in traffic jams and fending off random encounters from people who just won't shut up, despite emergency warnings about swarms of deadly creatures attracted to noise. For plot convenience they back up and drive around this whole mess, ending up in a cottage in the woods where an obligatory tense segment begins.

In the closest thing to an interesting turn The Silence possesses, a sinister cult knocks at the door, demanding Ally go with them so they can use her to repopulate the world. The cult have managed to survive this long because they chose to cut out their tongues. Which is all fine for some creepy staring contests, but I swear to God it's only been about a week in the film by this point. Once the cult are dealt with some other stuff happens and the film ends, and we all click back to the main menu as quick as possible before a trailer for whatever other bilge Netflix are trying to shovel in our faces autoplays.

The Silence is a dull affair that reads aloud from many pages in the Big Book of Horror Tropes (I've never read the actual book it was adapted from, which apparently predates Bird Box), with a plot that limps along not really causing any major concerns, or offering anything new, or anything scary for that matter. The vesps are a pretty decent creature design, all pointy disjointed teeth and knobbly bones sticking out, but start to suffer when seen in motion - a dead giveaway of the cheapness at work here. So with two superior films already available, and the same distributor putting one of them out, I guess the obvious question is... why? Caution: speculative cynicism ahead. 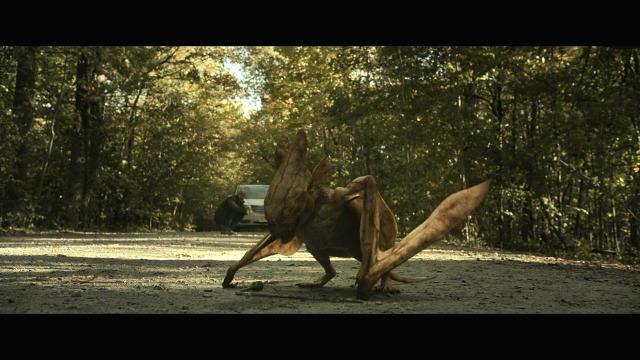 
Like many film-types of my generation I'm learning about the trashy creature flicks of the '70s and '80s from nostalgia outlets such as Arrow and 88 Films. Those films persist in memories and entertain because they usually bring something unique to the table - a daft premise or a wacky sci-fi idea, or even just simple laughable childish ambition the filmmakers could never achieve but they gave it their best shot anyway. And we respect them for that.

Netflix know positioning an item within a certain number of clicks with a big enough thumbnail will be enough for a percentage of the audience to bother flicking over to find out more. If you wait a few seconds longer it will even start playing for you. It's literally a calculated gamble. But this reliance on stats and data has now brought us several near-identical movies, when one would have sufficed. Like I say, I don't know how these things come to be, but the impression it gives is confusing and works against Netflix as being any kind of source for quality, curated film.

If this strategy works for Netflix's numbers and gifts us another Roma or Buster Scruggs, then it can only be a good thing. But I can't help feeling like a human Guinea pig being served up another by-the-numbers clone because an algorithm determined I might like it, and my lazy clicking in turn fed that information back, like a snake swallowing itself in a CEX. Netflix are in a trusted position that we allow them to harvest and mine our viewing habits, but we're now in a weird situation where three films exist where one, two at a stretch, would have been enough, and it makes me wonder whether Netflix care about their content at all.

More:  John R Leonetti  Carey Van Dyke  Shane Van Dyke  Kiernan Shipka  Stanley Tucci  Miranda Otto  John Corbett
Follow us on Twitter @The_Shiznit for more fun features, film reviews and occasional commentary on what the best type of crisps are.
We are using Patreon to cover our hosting fees. So please consider chucking a few digital pennies our way by clicking on this link. Thanks!