Out of the park

Review: The Unauthorized Bash Brothers Experience is an unabashed joy 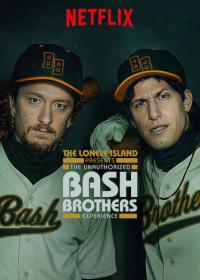 The Lonely Island brings out the worst in me. I've loved their music and videos since their pre-mainstream days, so therefore if something new comes out I'm right there pushing it on my timeline and telling all my friends, proving my vastly superior knowledge of how it ties into their back catalogue, extolling the brilliance of the references and riffs. But more insufferable than that, if my friends get there first I find myself attempting to double their enthusiasm to prove it is I who knows the most - laughing twice as hard, posting twice as much, both in order to drown out their pathetic voices. Nobody can know more than me about The Lonely Island. Nobody can appreciate them more. We cannot share in this together. It's the sort of obsessive behaviour that can only end in a murder-suicide.


An interesting thing about this technological era where everyone has a screen in their hand on the commute, or at the shops, or at a beach, is that nobody knows how attention spans work anymore. Game of Thrones ran anywhere between 50 and 80 minutes, Endgame was a pant-pissing 3 hours - these are the largest pop culture phenomenons going and nobody had a clue whether they were too long or too short. The best advice is probably to stick to what you're good at, and don't outstay your welcome. Cue The Lonely Island, cutting just shy of a dozen new tracks, each adding to a bizarre and hilarious narrative around two real-life baseball players, and squeezing them into a thirty minute 'visual poem'. So does it work?

The Jose Canseco and Mark McGwire story is one of success and failure, friendship and betrayal, fast cars and forearm bashes. The pair were the kings of baseball in the 1980s - becoming household names as The Bash Brothers - and continued to be prominent for the next few decades, until a steroids scandal brought their worlds crashing down and the sport that made them into disrepute. Not the most obvious choice for a novelty concept rap album, but the talented musical nerds behind The Lonely Island - Andy Samberg, Akiva Schaffer and Jorma Taccone, joined by co-director Mike Diva - thrive on the ridiculous. 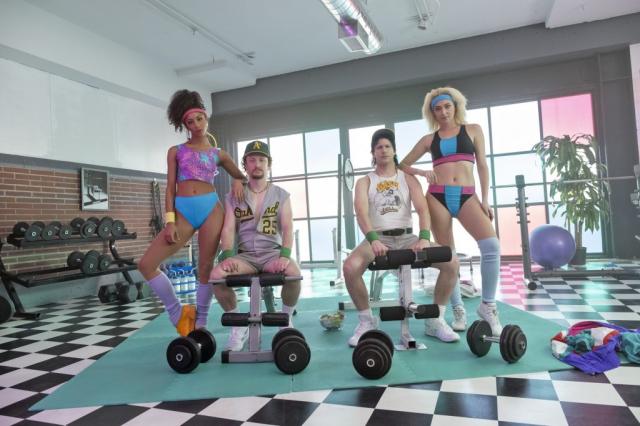 Yep, definitely set in the '80s


Being The Lonely Island the proceedings are childish and profane, laced with crude sex references and goofy oversized personas - perfect patter for their playboy subjects. But also of course being The Lonely Island the swears disguise whip-smart lyrics, all delivered with the speed of impeccably observed rap numbers, complemented by spot-on videos. There are riffs on Busta Rhymes, Snoop Dogg, et al. and although silly in extreme these are less parody, more reverential odes to an era of brash showmanship. You'd hate it if it wasn't so well realised.

"
"
For all the pranks and pratfalls there's genuine pathos here
Billed as a rap album the tunes do head into electronica and pop at times, standing as original compositions similar to their usual The Lonely Island output - although always in service of moving the story along. 'Ihop Parking Lot' featuring Maya Rudolph, Stephanie Beatriz and the band Haim is a funky jaunt that segues into a sequence highlighting how much of a joke The Bash Brothers had become. But then the haunting 'Focus on the Game' sees Jose and Mark alone with their thoughts on the outfield during a World Series loss, left to ponder where their anabolic-enhanced cheating has gotten them - foreshadowing the dark times ahead. For all the pranks and pratfalls there's genuine pathos here.

From the early clangs of a baseball bat rattled along railings via a camcorder aesthetic, to a preposterous kaleidoscopic clip where a 2001-style starchild floats heavenwards inside a giant transparent baseball, to the rallying cry of "let's bash on they ass," The Unauthorized Bash Brothers Experience is a dizzying mix of music and visuals that balances itself perfectly between overt ridiculousness, telling a bittersweet story, and respect for the craft. It's banger after banger, and then after thirty efficient, delirious, blazing minutes we're out. So does it work? Reader, it fucks.

More:  The Lonely Island  Andy Samberg  Akiva Schaffer  Jorma Taccone  Jenny Slate  Hannah Simone  Sterling K Brown
Follow us on Twitter @The_Shiznit for more fun features, film reviews and occasional commentary on what the best type of crisps are.
We are using Patreon to cover our hosting fees. So please consider chucking a few digital pennies our way by clicking on this link. Thanks!