An entire week passed between me watching Jason Statham's newest addition to his one-man sub-genre and writing up this review. No matter though, because Safe fits nicely into The Stath's typical movie mould. It has guns, punching, car chases, a suit and another odd Cockney/American hybrid accent. Hell, I could've copied and pasted my Transporter 3 review, changed around a few words and no one would've been any the wiser.


As it turns out, Safe could almost be Transporter 4. An unnecessarily complicated plot sees Luke Wright (Jason Statham), a former NYPD cop-turned-cage fighter (!) getting caught up in the middle of a three-way hunt between the Russian Mafia, The Triads and some crooked New York City officials. Why? Luke rescues young Mai (Catherine Chan), a 12-year-old child genius with a photographic memory who's wanted by everyone. Why? Because she's memorised an important code. Also because ACTION MOVIE. 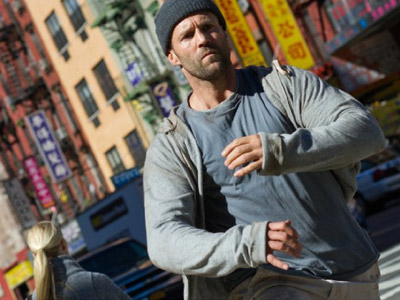 Hard though he was, Statham still ran like a total gaylord.


If you were to plot Jason Statham's career out on a handy Nicolas Cage-esque matrix, Safe would teeter on the edge of the Serious/Rubbish bracket. Not quite in the echelons of daftness with Crank but less serious than The Mechanic. When The Stath spurts choice dialogue like "I'm going to do things to him that'll make me ashamed to look in the mirror," and "I've been in restaurants all night and all I got served was lead," you think maybe, just maybe, he's finally began to embrace the ridiculousness of his own brand.

Like all Stath movies, the plot plays second fiddle to the action, or at least, it ends up that way. The story is so chock-a-block it's as if writer/director Boaz Yakin couldn't decide on his bad guys so he went all in. What it boils down to is everyone is after Luke Wright because he has morals, or as a bent cop puts it, "He's a killer, but an honest one." The corrupt police want him because he sold them out; The Russians want him because he lost them money; and the Chinese want him because he has Mai. It's basically the city of New York vs Jason Statham.

You can't fault the film's imagination. Yakin certainly has a strong concept on his hands, but he doesn't allow it to play out particularly smoothly; Safe clunks along from set-piece to set-piece in the most formulaic of ways. But when has a strong plot ever been a highlight of a Jason Statham movie? The constant barrage of bullets, some impressive high speed car chases and unnecessary J-turns should be enough to satisfy the guy's fanbase. 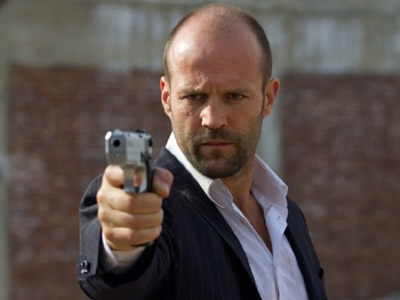 
There is one shining ray of light in amongst all the gang warfare and snappy quips, and that's Catherine Chan. The young actress stands her ground throughout. Flipping from Mandarin to English and back again, she effortlessly manages to out-act the entire cast. The youngster will surely to have a bright future.

All in all then, Safe is your standard Stath fare – you know what you're letting yourself in for. Fans will lap it up, cynics will remain unconvinced, but with a story that could've gone somewhere interesting with some fine tuning, it has more brains than his usual output. It's just a shame most of them are splattered up the walls.

More:  Jason Statham  Boaz Yakin  Safe  Action
Follow us on Twitter @The_Shiznit for more fun features, film reviews and occasional commentary on what the best type of crisps are.
We are using Patreon to cover our hosting fees. So please consider chucking a few digital pennies our way by clicking on this link. Thanks!