If Daniel Craig's incarnation of 007 had any agenda over the course of his previous three films, it was to get Bond back to basics, away from the spoofable superspy tropes of volcano lairs and invisible cars. Acting as a prequel series to the franchise sold this idea rather well, presenting us with a simple, bold and brutal spy at the start of his game. The problem is, each Craig film so far has ended with Bond primed and positioned to become the man we see at the start of Dr No, and they have created hidden steps along that journey. As such it has felt like a cheat, like counting down "three, two, one, er... a half, a quarter, an eighth" and so on. But now Spectre really feels like we have finally reached the end of that countdown, and it does so in part by tying all the previous films together into one conclusion. But it also does it by embracing all the embarrassingly awful 007 traditions that this modern Bond had previously shied away from.


It takes a long time getting there though. Beginning with a superb tracking shot that follows throughout Mexico City's Day Of The Dead Festival to a more intimate setting and then out on to a dizzying rooftop walk, Bond's opening scene is a typically explosive affair that ends with the mystery of a Spectre ring.

From here - and following Sam Smith's pretty-but-ultimately insubstantial warbling over a musical credit sequence that has much the same effect - Bond is on the hunt for the meaning behind the Spectre symbol. It leads him on various trails in various cities around the world and, crucially, while he's chasing down leads, it makes us feel like there is no clear antagonist until very late on in the film. 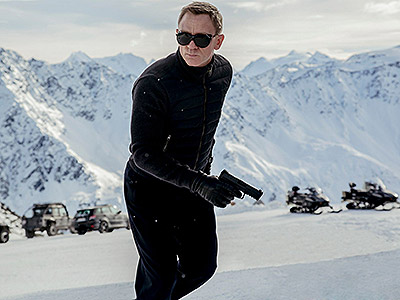 "I can't see who I'm supposed to be fighting."


The lack of focus around any kind of visible villain here - something that, in Javier Bardem's Silva, made Skyfall so watchable - is covered up thanks to heavy emphasis on Bond's mission being potentially earth-shattering for all involved. And, following the events at the end of the last film (no spoilers here), this mission is personal, conducted without the backing of MI6, which looks set to be closed down anyway thanks to Andrew Scott's douchebag Chief Of Security. At this point, I don't need to explain the rest because you know what to expect: there's killing, fighting, shooting, chasing and sexing.

All of which is done extremely well. A car chase through Rome is made extra entertaining thanks to some funny riffs on Bond's now gadget-laden car, a fight sequence on a train is made thrilling thanks to Bond being so hopelessly outmatched by Dave Bautista's well-henched henchman, and so forth.

But this is Bond. To say that this film does fighting and chasing extremely well is really only to say that it does 'being a Bond movie' adequately well. Where it fails is in everything else it tries to do.

In fulfilling the plans laid down by Daniel Craig's previous instalments as 007, Spectre links everything back to Bond's own past and, specifically, his childhood. In a franchise that has recently shown heavy reliance on fleshing out its previously anonymous hero, this is exactly what you might expect at this point in the saga. But despite having a three-movie set-up, and a distinctly long, drawn out middle act here, the unravelling of the big climactic reveal still feels a tad underwhelming. 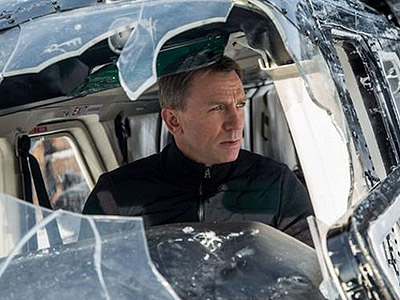 Bond in a glass case of shattered hopes and dreams. And glass.


A big part of the problem is that Bond is the only person who knows about his own past, but being the strong, silent type, he keeps his cards close to his chest until we've all pretty much already figured out what we need to. This means that, not only do we have the frustration of a protagonist being several steps ahead of the audience at all times, but when it comes to what is a franchise-defining - and hugely controversial - twist, he's already in on the surprise. What should be a grand moment in Bond history is deflated by it shocking absolutely none of the characters that matter within the actual scene.

It's symptomatic of a larger problem that plagues the film, in that all things that should matter in this story feel mishandled by either Mendes or the script. Léa Seydoux, for example, is the principal Bond girl here (sorry to disappoint fans of Monica Bellucci's age-appropriate casting, but she's barely in it save for a quick shag) and her relationship with Bond very quickly escalates from 'love affair' to something close to real 'love' without us really seeing any evidence that justifies it. The fact that their relationship apparently blossoms in just the space of a few days' worth of travelling (which exist mostly outside of the edit) makes their supposedly deep connection come the film's end feel truly undeserved. 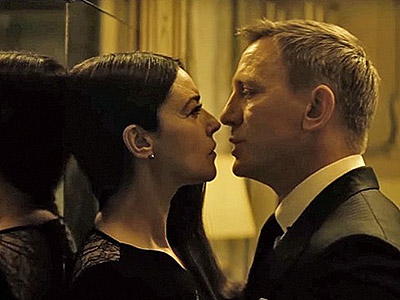 
There are still things to like of course. It's wonderfully shot, there's lots of neat, deft touches of humour, the action set-pieces are both impressive and fun, and it's nice to see M, Moneypenny, Tanner and Q step up when needed. But again, most of these are all things that you expect to come as standard issue in a 007 movie.

As a result, it is Spectre's failings that are more obvious and will become more memorable over time: a problem with pacing, badly contrived plot points, a big reveal that has the stinky whiff of Austin Powers about it and a film that has designs on being an epic game-changer while just falling short of that promise.

It also gives us an important lesson to take away at this point in the 007 franchise. The more you define Bond as a real person, the more you paint him into a corner. At this point, it could easily be argued that the best way to make an interesting Bond movie is not to try to make Bond himself interesting, like this film so clumsily tries to do, but rather to have a well-laid out, compelling story to tell (something that this film lacks) and just have Bond be his usual caricature self throughout it all. It feels time now to just let Bond be Bond.

More:  Spectre  James Bond  Daniel Craig  Christoph Waltz  Monica Bellucci  Ralph Fiennes  Lea Seydoux  Dave Bautista
Follow us on Twitter @The_Shiznit for more fun features, film reviews and occasional commentary on what the best type of crisps are.
We are using Patreon to cover our hosting fees. So please consider chucking a few digital pennies our way by clicking on this link. Thanks!