Spotlight appears to tick all the boxes as far as the true-life awards-season investigation drama goes. All-star, mainly male, ensemble cast to demonstrate serious dramatic heft; weighty subject matter in dealing with the cover-up of institutional child abuse. It makes a few choices you aren't expecting, though, and I can't figure out whether or not this elevates it.


Most significant among these choices is that it focuses on the investigation, and absolutely nothing else. The Spotlight team of journalists at the Boston Globe (the sort of diligent bunch the movies promote to a proxy police force when the cause is righteous; the flipside of the other standard depiction as invasive, titillating moral bankrupts) get a new editor in Marty Baron (Liev Schrieber) and his first act is to bid the team's chief Robby Robinson (Michael Keaton) have them delve into allegations that the Catholic Church has systematically covered up child abuse by moving priests on to new parishes whenever they transgress.

And they do. They chase up leads, talk to victims, and go to court to get documents made publicly available. All of which is very interesting, but after a while you think, Hang on, there's something missing here. 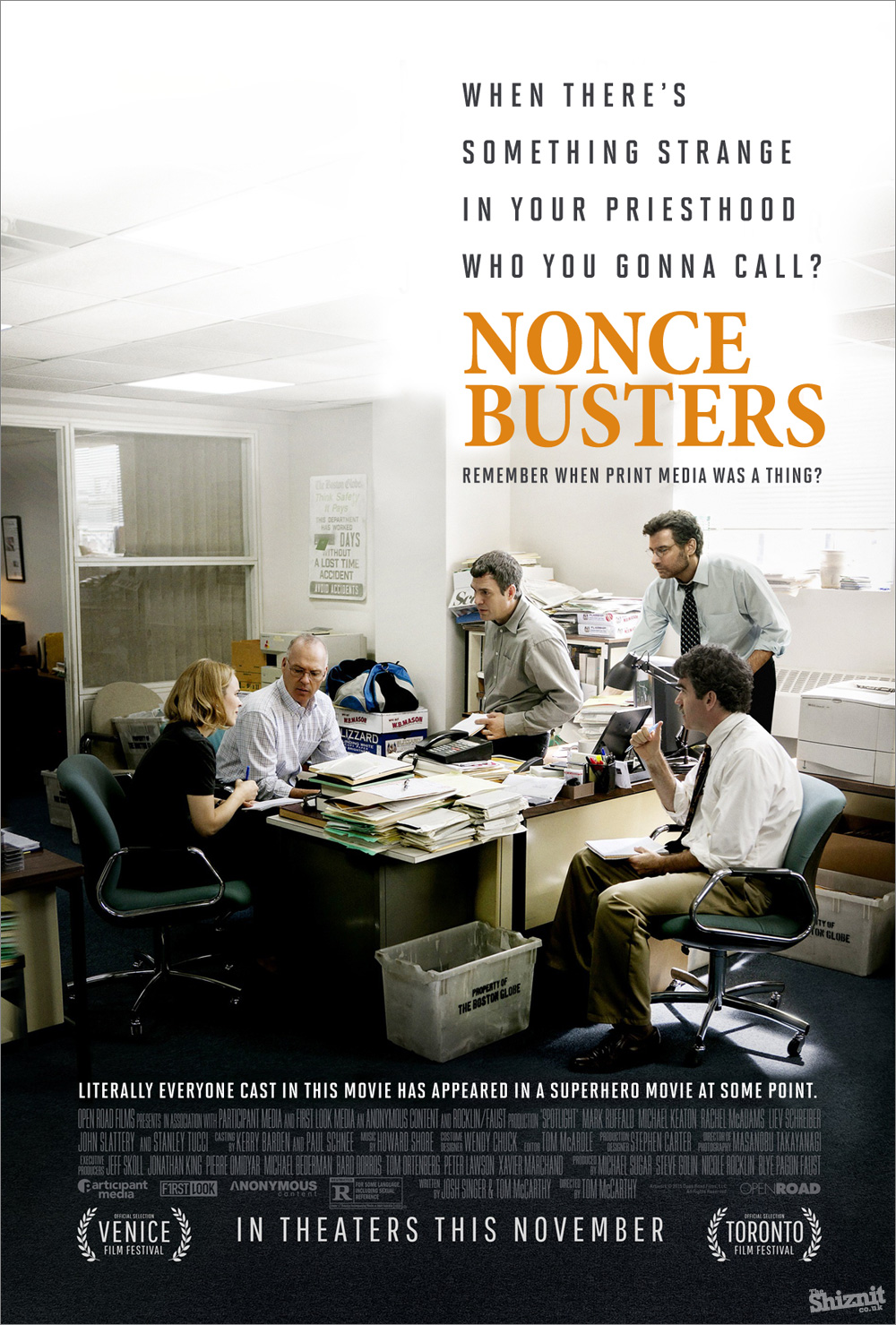 "Like what, wise-ass? We've got our shirtsleeves rolled up and we mean business."


See, usually in the movie where cops or journalists investigate corruption in a powerful organisation, there are a few key beats you can take straight to the bank. One is that the organisation will make it difficult for them, probably seek to discredit them with the public, revealing that an investigator is morally compromised himself, and maybe even retaliate with a few warnings: a brick through the window late at night and so on. Another is that all this will take a personal toll on the investigators: spouses will leave them, taking the kids, after the final row in which they can't say honestly whether they care more about the case or their family; the community will turn against them, but they'll carry on doggedly because the truth matters so damn much. JFK, Mississippi Burning, The Insider: it adds to the key emotions driving what we take from these films, which are frustration at injustice, and sympathy for the powerless.

None of this happens in Spotlight. The Archdiocese isn't wild about being investigated, and Baron is warned by various people at the start to consider the wisdom of making the paper the enemy of the church in an Irish Catholic city like Boston. But he goes to his publisher to ask for his blessing and resources, and after a negligible wobble the guy agrees. Their path to the evidence they want isn't straightforward, but the hurdles are all legal ones, and negotiable. No one's family is fractured as a result.

And I don't know what to make of it. It reminded me of The Wire, and its ethos of journalism through fiction, in which character and plot come second to the spirit of reportage, and of David Fincher's Zodiac, also starring Mark Ruffalo, which boasts an absolute commitment to evidential depictions of a real-life murder investigation. It is my own fault that I found the absence of traditional story tropes, clichés really, off-putting, and I've no wish to put a film down for a measured approach to true-life events without attempting to thrill me with fictionalised elements. 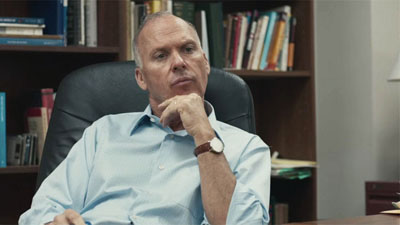 Would it have killed them to throw in a rooftop fight with The Joker?


It does leave gaps, though. For me, when Ruffalo's Michael Rezendes loses his rag in the third act, betraying his fury that they might be letting the church get away with it, the emotion didn't seem justified because I'd never had a hint up until that point that he'd got so personally involved. All I'd seen him do was type and ask people questions. Likewise, a sensitive scene with Sacha Pfeiffer (Rachel McAdams) and her staunchly Catholic grandmother illustrated pretty well the flipside of the investigation – denting people's confidence in an institution that means a lot to them – but could've had a greater impact if we'd seen more than one scene of them together up until that point and had the woman's faith impressed on us more strongly.

To a degree this is a failure on my part to accept seeing something I didn't expect, sure, and I should be more open to novelty, having loved the process of having to ditch all my preconceptions about narrative structure during 165 minutes of Boyhood. But it makes me question what it is about Spotlight that makes it an awards-season picture. As I say, the boxes are all ticked, and I think there's some truth in the idea that the sorts of films we think of as awards-worthy before we've even seen them tend to end up in the running. (You could – and I sort of did, if we're getting into it – predict Matthew McConaughey's Oscar win for Dallas Buyers Club as soon as you heard he'd lost a load of weight to play a man with AIDS.)

Spotlight is up for six Oscars in five of the big categories, and I certainly don't object to any of them, but I do wonder what I've missed in the performances of Ruffalo and McAdams, and the direction of Tom McCarthy, that truly merits their nomination. They're all perfectly good, but without anything much to hang your hat on and say, Ah: now that's exceptional. Maybe there's nuance and depth I've overlooked, and I'm guilty of equating showiness with excellence. Maybe the Academy sometimes nominates films just because they carry the standard signifiers of prestige. Maybe – and this is far from out of the question – I haven't got the first clue what I'm talking about.

More:  Spotlight  Tom McCarthy  Mark Ruffalo  Michael Keaton  Rachel McAdams  Liev Schreiber  John Slattery  Brian DArcy James  Stanley Tucci
Follow us on Twitter @The_Shiznit for more fun features, film reviews and occasional commentary on what the best type of crisps are.
We are using Patreon to cover our hosting fees. So please consider chucking a few digital pennies our way by clicking on this link. Thanks!